Big wireless network operators like AT&T and Verizon are hungrily eying your neighborhood street light as the perfect home for their 5G small cell transmitters. After all, those light poles already offer a reliable source of electricity, and they're often located in just the right place to push 5G signals into your home or office.

There's just one big problem: The street light might fall over if the small cell is too heavy.

"The vast majority of street lights are not structurally capable of supporting wireless communications facilities, thus requiring the complete replacement of the street light structure in order to accommodate wireless," Xcel and Southern Company -- two of the nation's biggest utilities -- wrote in a filing to the FCC on the topic. 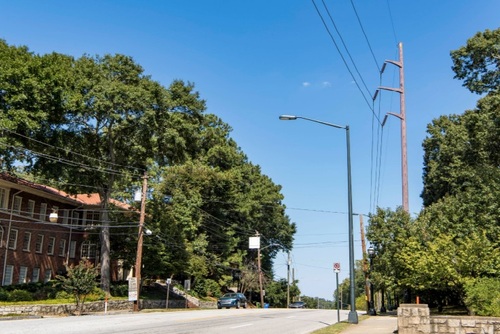 At least, that's one of the central arguments that utility companies like Xcel and Southern Company are citing in their intensifying battle with the US wireless market over 5G and small cells.

Of course, if you ask the wireless industry, the real problem here boils down to money.

"Many utilities charge a premium for access to utility-owned light poles or deny access altogether," Verizon wrote in its own filing with the FCC on the topic.

"Access to light poles is crucial to wireless infrastructure deployment in some locations," Verizon wrote, reiterating the operator's overall need to "satisfy consumer demand and to ensure that the United States leads the world in 5G."

Although the street light fight between these two massive industries is still in its early stages, it yet again underscores the difficulties that wireless network operators face in finding physical locations for their 5G transmitters. And the battle demonstrates operators' mandate to reduce 5G buildout costs.

5G siting challenges
At the heart of the new battle between the wireless industry and the utility industry is "siting" for 5G equipment. Although there are already around 200,000 macro cell towers (often 100 feet tall or more) spread out across the country, wireless network operators are looking to supplement those sites with up to 800,000 additional "small cell" sites. Small cells, which are roughly the size of a pizza box and generally work 15-30 feet off the ground, act like mini cell towers and can sit on top of buildings, traffic signals or, in some cases, street lights.

Small cells are critical to 5G. They can "split" a macro coverage area into smaller coverage areas, which allows operators to support more users with faster speeds without buying more spectrum. And, perhaps more importantly, small cells are essential for 5G in millimeter-wave (mmWave) spectrum, which is where operators like Verizon and AT&T are focusing their 5G efforts. Transmissions in mmWave spectrum can't travel more than a few thousand feet, which means that macro cell towers can't be used for mmWave 5G because they're usually located several miles apart, even in crowded downtown areas.

The wireless industry has already embarked on some major small cell deployments in places like New York City and elsewhere. But companies like Verizon, AT&T and Crown Castle have complained bitterly that their small cell efforts have been hindered by the excessive siting fees that some cities have imposed on small cell installations on city-owned infrastructure. In response, the FCC last year moved to limit the amount of money cities can charge for small cell deployments -- part of the agency's efforts to promote 5G in the US. (It's also no surprise that some cities are fighting back against those new rules.)

But all this hasn't satisfied the US wireless industry's demands for inexpensive access to small cell sites. The industry's latest effort involves, among other things, asking the FCC to issue a ruling that would give wireless network operators quicker and cheaper access to light poles owned by utility companies. CTIA (the main trade association representing AT&T and Verizon) and the WIA (the main trade group representing cell tower companies like SBA Communications and Crown Castle) are spearheading the effort.

Interestingly, part of the debate centers on the definition of a "pole."

"The Commission should declare that the term 'pole' includes light poles, and that utilities thus must afford nondiscriminatory access to light poles at rates, terms, and conditions consistent with the requirements of Section 224," CTIA wrote to the FCC in outlining a variety of policy requests geared toward making it easier, faster and cheaper for 5G operators to deploy small cells.

In its proposal, CTIA is basically urging the FCC to explicitly put street lights in the same regulatory category as electricity distribution poles. In Section 224 of the Communications Act of 1934, telecom providers are assured access to "poles" owned by utilities on reasonable and nondiscriminatory rates, terms, and conditions -- but isn't clear on whether that language only refers to electricity distribution poles or if light poles are also included. Such rules were originally designed to speed the construction of the nation's wired telephone network and electrical grid via the same set of poles. 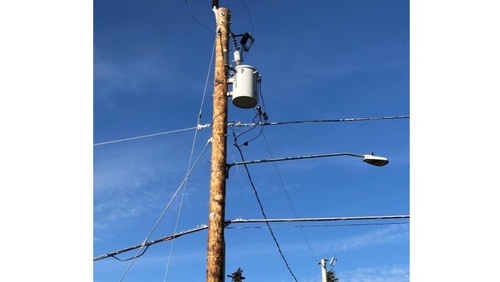 Utilities fight back
Giant companies like Duke Energy Corporation and American Electric Power Service Corporation are having none of it. "According to CTIA, a 'pole' would include any pole owned or controlled by a utility -- presumably including flag poles, totem poles or any other type of pole owned by a utility, regardless of its function or purpose," a group of utility companies wrote to the FCC in response to the CTIA's proposal.

Further, they argued that street lights aren't a part of a larger utility network but are instead only built by utility companies at the behest of customers ranging from cities to businesses to private individuals.

"Electric Utilities do not construct 'networks' of lighting support structures for the generic purpose of meeting any kind of service requirements within their designated service areas," the companies wrote. "Instead, the Electric Utilities construct street and outdoor area lights only where and when a specific customer makes a specific request."

And this goes back to the notion that light poles might not be able to support the weight of a 5G transmitter.

But one thing that the utility companies make clear in their filings is that they manage a lot of street lights:

These are the kinds of numbers that are undoubtedly making wireless network operators salivate. After all, one vote from the FCC -- a government agency that has rallied around the notion of a "race to 5G" with China -- could potentially open up all of those sites up to 5G equipment. And that would eliminate the need for carriers to have to deal with private landowners in each city where they want to deploy 5G, which could be a time-consuming task.

5G sites and dollar signs
Given the wireless industry's apparent demand for small cell sites, some analysts are raising their expectations in the space. "Whereas carriers historically deployed 3-400 [small cell] sites per metro [city], they are now looking to deploy 3-4,000 sites per metro -- a 10x increase," wrote the Wall Street analysts at New Street Research in a report to investors late last year. "We have always expected small cell deployments to increase sharply over the next 10 years. We estimate the market will grow from ~140K small cells today to over 700K by 2028."

The firm said the small cell space today has generally centered on one operator like Verizon installing one small cell site for itself, but in the future will expand as third-party companies like Crown Castle build small cells sites that can accomodate equipment from two or more wireless providers.

And it's clear that Verizon, Crown Castle and others are particularly keen to speed up the deployment of small cells. After all, companies including Crown Castle and ExteNet have been filing lawsuits against cities they believe are moving too slowly on small cell deployment requests. Both Verizon and AT&T have filed complaints with the FCC that utilities are charging too much for access to the poles that they own.

Finally, it's important to note that utility companies are already participating in this small cell wave by selling siting locations, including on street lights. For example, Xcel Energy told WIA last year that it launched a program to allow carriers to install small cells on its street light poles in Colorado, where it owns 187,000 street lights. Xcel's Edward Bieging told the association that the utility had received more than 1,000 small cell installation requests, and that he expected more demand in 2020.

In their filing to the FCC, Xcel and Southern Company showed a number of pictures of their street lights carrying small cells in a number of different locations -- evidence, they said, that the FCC doesn't need to issue rules for a space that's already taking off. 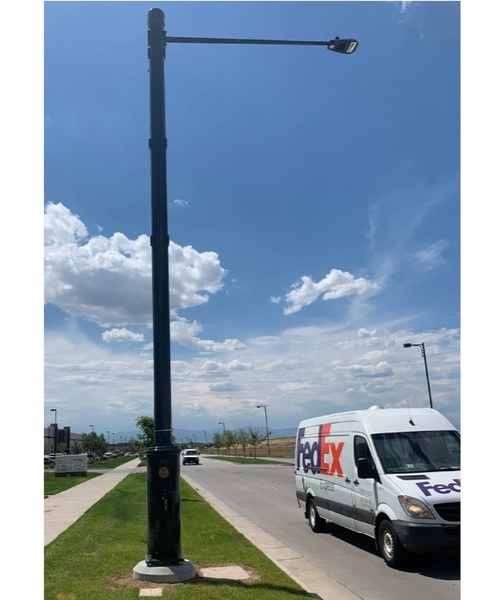 Some carriers have already been working with utilities to "hide" their small cells near the tops of street lights. (Source: Xcel)

"The street light colocation programs implemented by Xcel Energy  and other utilities are already proving effective in accelerating wireless deployment, and many more utilities are observing closely as they consider similar programs based on their own unique local conditions and considerations," the companies wrote. "Southern and Xcel Energy therefore urge the Commission to focus on ways to encourage and incentivize voluntary programs and partnerships such as these, which provide the most effective way to accelerate the availability of 5G and other advanced wireless services to the public."