Ros Singleton likes to think of UK Broadband, the small company she runs, as the "toy in the cornflakes packet." When it was sold to Three UK for £250 million ($325 million) in 2017, the main interest was in UK Broadband's big box of spectrum licenses, the cornflakes in the bag. But Three also picked up a specialist in so-called "fixed wireless access" -- the use of mobile technology to support broadband. As Three prepares to launch a broadband service on 5G networks, that makes UK Broadband more than just a disposable plaything.

This month UK Broadband will start trialing a 5G broadband service in the London borough of Camden. That will be followed, later in the year, by a 5G launch to homes and small businesses. The ultimate plan is to offer that service up and down the UK as an alternative to the fixed-line services available from BT and others. Singleton, who joined UK Broadband back in 2013 and became its managing director in June 2017, expects to figure prominently in that plan. 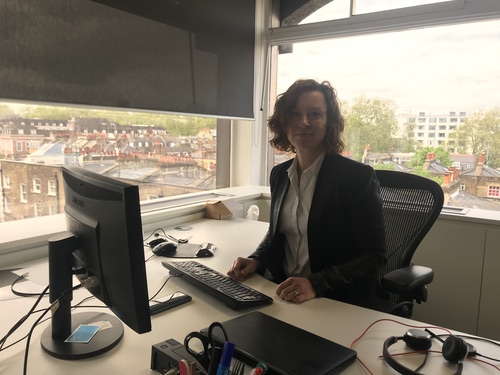 "We have a team that understands how to build, manage and develop those products, while Three has this brilliant network it is upgrading," she tells Light Reading during a meeting at UK Broadband's offices in central London. "Put those facts together and it is a great opportunity to roll out more mobile coverage and FWA as well."

Next to Three, with its 5,400 employees and 13.2 million customers, UK Broadband -- which has previously sold connectivity under the Relish brand -- does indeed look toy-like. It employs 117 people across facilities in London and Wokingham, where it stores site equipment, maintains a network operations center and tests 5G equipment. Service availability is currently limited to about 200 sites in London, 19 in Swindon and one site in Reading. Just 20,000 subscribers currently use the company's 4G network.

That is not because of any 4G shortcomings, Singleton insists. And it is certainly not down to spectrum. UK Broadband claims to be the country's biggest commercial owner of spectrum suitable for FWA and 4G mobile technology, with 124MHz in the 3.5GHz and 3.6GHz bands. Additional licenses cover the 3.9GHz, 28GHz and 40GHz bands, says the company.

The barrier is the investment that would be needed to extend coverage. "It is very capital intensive to build sites," says Singleton. In the very busiest areas, a single site could in theory support several hundred customers over mid-band airwaves. Elsewhere, UK Broadband could be looking at far fewer. And in communities where there is lots of broadband competition, only a fraction of households might subscribe. Based on UK Broadband's network and customer numbers, the average site today serves about 90 subscribers.

These concerns have diminished following Three's takeover. Operating the UK's fourth biggest mobile network by customers, the company owned by Hong Kong industrial conglomerate CK Hutchison is planning its own 5G upgrade to support higher-speed smartphone services, using the spectrum it acquired with UK Broadband. Singleton's business, in turn, will be able to "piggyback" on those network investments to serve new homes.

How many Three and UK Broadband have not said, but Singleton nods at mention of "nationwide" ambitions, ultimately. Mainstream press reports have previously suggested Three's initial aim is to cover about 40% of the population with an FWA broadband service. But a contract with SSE Enterprise Telecoms, a UK provider of fiber-optic networks and data center services, might support grander plans in the future.

Under that deal, SSE is helping Three to run fiber connections between mobile masts and "unbundled" fiber exchanges owned by UK telecom incumbent BT, providing "backhaul" for high-speed mobile traffic. While the initial contract covers 177 exchanges, Three is targeting about 440 eventually. A deal of that magnitude would cover about 80% of the UK population, according to Gabriel Brown, a principal analyst with market research firm (and Light Reading sister company) Heavy Reading.

"We'll load sites with the best antenna technology and spectrum we've got and do as much as we can in one visit," said Dave Dyson, Three's CEO, during a press briefing last November. "When we launch, we'll have spare capacity for which the incremental cost is low, and that is an opportunity to start to roll out home broadband on a much bigger footprint than Relish has today."

Much of the investment in network improvements is already done. Three has channeled £921 million ($1.2 billion) into capital expenditure in the last two years, about 19% of its revenues over that period, having spent just £710 million ($923 million), or 16% of sales, in 2015 and 2016. About £400 million ($520 million) is earmarked for capital expenditure this year. As part of the modernization, Three has increased the number of data centers it uses from three to 20. "That moves capacity closer to the customer," says Singleton. "It gives you the ability to start putting things into the edge."

Does 5G have broadband legs?
The capabilities of 5G should certainly bolster the appeal of UK Broadband's service. The big question for some analysts is whether it can seriously challenge the even higher-speed fiber services that are becoming available. While Singleton is confident UK Broadband can address the needs of households with tablet-addicted children and Netflix-watching parents, speed seems unlikely to be a marketing focus. "We sell broadband in this country based on price and speed, and for most people the price is very meaningful but the speed is not," she says.

Much of the emphasis will go on the convenience and flexibility of a service that can be up and running three minutes after the requisite box is placed on a windowsill, according to Singleton. Peripatetic types in single-user households represent an important target market. People sick of broadband services based on BT's Openreach network, and the line-rental fees they must pay for a redundant phone service, are another. "A survey we did a couple of years ago showed 80% of people actively disliked their Internet provider but knew what would happen as they moved from one provider to another on the BT network because of the way they had been treated," says Singleton. "And who wants massive nests of wires over the home, particularly if you rent? You can't drill holes in walls because you will lose your deposit."

She also plays down the likelihood of any push into the entertainment market as Three stands up to fully converged rivals with bundled packages. "I don't know what Three is planning on that front but there is a portion of the market that is not looking for everything at once and that wants to pick and choose and not be tethered," she says. Low-price, no-contract TV services from web giants like Netflix and Amazon are becoming increasingly popular as UK Broadband prepares for its 5G launch.

So what share of the market can UK Broadband hope to capture? While the company is not disclosing those kinds of targets, it has previously been able to capture about 25% of churning customers in areas where it operates -- a figure that is high by comparison with the industry norm, says Singleton. Demonstrating that a crowded national market needs another broadband provider will not be easy, regardless of its pitch. But if most of the rollout costs are justified by Three's mobile needs, and there is hardly any existing broadband business to defend, the company may have little to lose.