Starry is partnering with Marvell in a joint initiative to combine the Internet startup's pre-standard 5G fixed wireless technology with the semiconductor company's 802.11ax WiFi chipsets. The plan is to release a joint reference design later this year for a point-to-multipoint broadband transceiver capable of delivering gigabit-speed fixed wireless service. The two companies are also collaborating on a cloud-based network monitoring platform, which is expected to be available around the same time in mid-2018. Starry and Marvell will demonstrate elements of these offerings at CES in Las Vegas this week.

The news of Starry Inc. 's deal with Marvell Technology Group Ltd. (Nasdaq: MRVL) comes on the heels of an announcement that Starry has expanded its own fixed wireless Internet service into Los Angeles and Washington, DC, following the company's first market launch in Boston last summer. (See Starry Expands to LA and DC and Starry Fixed Wireless Debuts at $50/Month.) 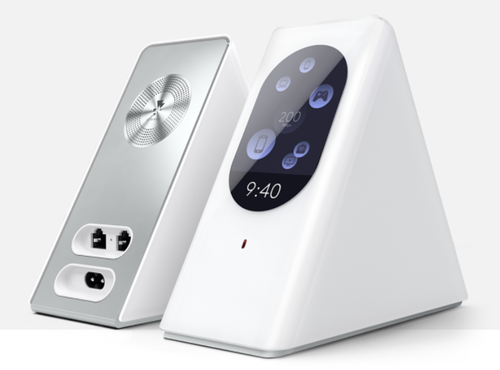 Starry is currently focused primarily on the MDU market. But co-founder and CEO Chet Kanojia says he expects the company to start targeting single-family homes as well in another six months or so as the cost of the company's customer premises equipment continues to drop. The Starry service today requires an antenna unit that is installed on the rooftop of an MDU building, and a WiFi hub called a Starry Station that resides in each individual customer's home. Service, including all equipment, costs $50 per month for symmetrical speeds of 200 Mbit/s. There is no contract required, and Starry imposes no data caps on broadband usage.

The partnership with Marvell sheds light on a new ambition of Starry's to be something more than a traditional Internet service provider. As the largest mobile operators try to corner the market on early 5G deployments, Starry is hoping to make pre-standard fixed 5G technology more widely available in an effort to expand broadband competition. The company says it wants to "accelerate the development of a pre-standard 5G technology ecosystem," and that it will sell its reference design technology to existing fixed wireless providers as well as new market entrants across the globe.

What exactly that means for Starry's own position in the ISP market is unclear, but the company has stated that it will launch service in 14 additional cities this year beyond Los Angeles and DC. Those cities include New York, Cleveland, Chicago, Houston, Dallas, Denver, Seattle, Detroit, Atlanta, Indianapolis, San Francisco, Philadelphia, Miami and Minneapolis.

Starry's broadband technology uses high-frequency millimeter waves in the bands between 37 and 40 gigahertz. The downside to this is that signals degrade quickly at that frequency range. However, Starry mitigates the problem with an active phased array that provides amplification and optimizes signal pulses from multiple antennas to optimize performance. (See Will Starry's Big Broadband Ambition Fall to Earth?.)

The upside to using high-frequency bands, says Kanojia, is that there is plenty of licensed spectrum available.

"These high-frequency bands ... they're very spectrally reusable both spatially and geographically," he says, adding that "it's really not a question of who's going to have spectrum because there's enough for everybody, it's just who's going to have the first-mover advantage and the technology to be able to utilize it."

To that point, he asserts, "There's a lot of intellectual property in how to operate in these bands at the kinds of ranges and speeds that we're doing."

Kanojia also says that Starry has designed its technology to work in an existing LTE footprint from a propagation standpoint. Starry's broadband signals carry a distance of up to 1.5km, and the company is deploying equipment through deals with traditional tower companies in each market it enters.

According to Kanjoia, Starry's big advantage is that it can build out wireless service at a much cheaper rate than traditional carriers.

"If you were today [to] say I'm going to serve a good portion of the US population with a gigabit-quality signal," he says, "you're probably looking at about a $100 billion give or take, maybe a bit more in terms of capex. And ours is probably about a billion and a half [dollars] total, if that. And it doesn't have to be laid out all at once."

For now, Starry passes fewer than a quarter million homes with wireless service, all in the Boston area. But if the company's operational model works as planned, the Starry technology could spread much further in the next few years. And if it does, it has the potential to significantly disrupt the ISP industry in the not-too-distant the future.