Orange signed a memo of understanding with Dell Technologies to collaborate on a distributed cloud architecture to virtualize and transform the telco's network for 5G, the companies said Wednesday.

Orange is looking to get its network 5G-ready with network functions virtualization (NFV). "The full promise of 5G will only be met with microservices and full virtualization, supported with multi-access edge computing" says Nicolas Homo, Orange's director of strategy and transformation for corporate cloud infrastructure. "We need to progressively work on it -- we are far from it."

The agreement covers a lot of territory, literally: Orange's retail business in Europe and Africa, and Orange Business Services in 196 countries and territories around the world. The carrier and technology provider will collaborate on both technology and exploring business cases.

The network will use telemetry to automate and provide service orchestration, with artificial intelligence to ensure consistent service levels and insights, according to a news release issued by the two companies Wednesday. Orange will use the same technologies seen in enterprise data centers and the public cloud, as an alternative to fixed-function hardware. Reliance on standardized, IT and cloud technology will "deliver more dynamic, agile edge compute, storage and network solutions," the companies said. 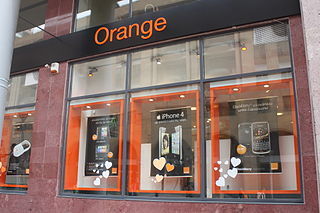 Technologies used will include FPGAs, GPUs and SmartNICs for edge workloads including cloud and virtual RAN, MEC and real-time interactive, latency-sensitive applications. However, a big part of the agreement will be identifying which technologies Orange needs.

Dell and Orange will work with software partners to test hypervisors to run firewall, load balancing and other virtual functions.

The agreement builds on a longstanding partnership where Dell provides Orange with server and storage hardware, Homo says.

In addition to Dell, Orange will work with other partners, which Orange says it will name later.

For Dell's part, the agreement with Orange is a step in its telco and service provider strategy. "Dell Technologies overall is putting a significant focus and investing into telecommunications and the service provider world," says Tom Burns, Dell's senior vice president and general manager for networking and solutions.

Dell sees an opportunity to help service providers transition from proprietary, purpose-built equipment to standards-based disaggregated technology based on X86 servers -- in the RAN, MEC and elsewhere -- driven by the agility and edge computing requirements of 5G. "If you look at the network transformation TAM [total addressable market], we see tremendous opportunities," Burns says.

Burns heads up a team of about 60 people, including engineers, product managers and solution architects, and Dell also has people in traditional lines of business, such as storage and networking, focused on service provider networking. And Dell-affiliated VMware has a big service provider business of its own.

Dell recently inked a similar deal with China Unicom to provide Internet of Things, edge and 5G technologies over the next 1236 months. It's in discussions with other telcos and close to a deal with Telefónica, says Burns.