Oranges grow fat and juicy on the tree-lined plazas of Spain. So it is with the fruitily named telco that now operates the country's second-biggest network. In the first nine months of 2017, Orange Spain was the fastest-growing part of the Orange empire, nourished by its investments in higher-speed networks. When Orange recently said capex would peak this year, at about 7.4 billion ($9.1 billion), the increase was largely explained by an even bigger commitment to fiber rollout in Spain. (See Orange Capex to Peak at 7.4B in 2018.)

But if 4G and fiber fueled sales growth last year, Orange Spain appears to be in no great hurry on 5G, the next-generation mobile technology that has already triggered an avalanche of hype in North America and Asia. After standardization progress in late 2017, US telcos are now racing to launch 5G services first. Number-three player T-Mobile US Inc. has even talked about offering "nationwide" 5G by 2020. Orange Spain, it seems, will not be copying them. (See 5G Is Official: First 3GPP Specs Approved and AT&T Joins 5G Marketing War, Promising 'Mobile' Launch in 2018.)

"What is the business case and where is it needed?" said Laurent Paillassot, Orange Spain's CEO, in a recent conversation with Light Reading. "5G cannot be a way to offer more coverage, and we still have huge potential to grow the capacity on 4G." 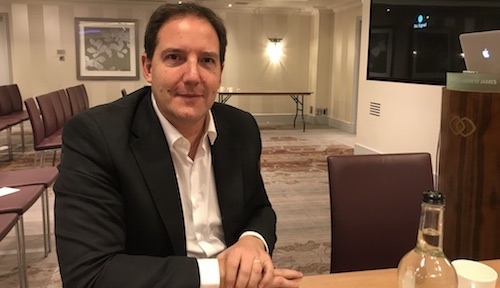 This of course does not mean Paillassot and Orange have zero interest in 5G. Only this week, Orange is hosting a 5G event in Paris for reporters and analysts, where it is expected to say more about its 5G plans (further details to follow). It is eager to play a defining role in 5G standardization activities, partly to ensure the technology takes into account its own needs. But Orange's ideas about 5G look very different from those of T-Mobile US or South Korea's SK Telecom (Nasdaq: SKM).

Paillassot puts it succinctly. "We tend to see 5G as an opportunity in professional services and the B2B segment rather than as a capacity response in the residential market or for fixed," he says. Rather than blanketing Spanish neighborhoods with 5G networks for smartphone services, Paillassot envisages a more targeted rollout whereby 5G technology is used to support new industrial applications. Oft-cited examples include factory automation and remote-control healthcare, both of which could benefit from the reduction in latency -- the delay in sending signals over data networks -- that 5G will bring. (See Ericsson CTO Prioritizes Non-Consumer 5G.)

On the one hand, and to the disappointment of equipment vendors, this means any spending on 5G in the next few years is unlikely to be significant. At some point, Paillassot concedes, 5G networks will be needed to boost capacity and coverage for mobile users. But this will probably not happen until 2023 or 2024, he reckons. Perhaps the only thing that would speed up deployment is some kind of aggressive 5G marketing campaign by the likes of Telefónica, Orange Spain's number-one rival.

That said, the use of 5G outside traditional mobile and fixed wireless markets is a bold step into the unknown, and one that may necessitate much bigger changes in the design of telco networks than simply deploying a new radio technology. Virtualization will be critical if Orange is to experiment economically with new types of service and take advantage of network slicing, a technique that allows differentiated network services to be offered on the same physical infrastructure. "If you want to make the best of 5G, you have to implement it in a virtualized way," says Paillassot. (See The Growing Pains of 5G.)

This is also troubling for the equipment triopoly of Ericsson AB (Nasdaq: ERIC), Huawei Technologies Co. Ltd. and Nokia Corp. (NYSE: NOK), none of which has software and virtualization roots. As much as any European telco, Orange has signaled its interest in using alternative suppliers and is even nurturing a handful of network startups. "They are software-native and very recent and there is an opportunity to integrate this ecosystem that would allow virtualization," says Paillassot. "This is breaking the model of Ericsson and Huawei, which still want to have specialized boxes. We don't want to become prisoners of them and they need to reinvent." (See Startup Could Replace Ericsson, Says Orange.)

Complaints of this nature are by now a familiar refrain in the telecom sector. Operators will never abandon their traditional suppliers, say critics; they just want a better deal. But even if that is so, Orange's griping demands attention. For one thing, it now comes from the top level, and not just the mid-tier managers previously urging change. For another, Orange has griped so repeatedly that if it builds its 5G network in the usual way, with the usual suspects, it will look full of bluster and more imprisoned than ever. (See Don't Expect 5G Deals, Orange Tells Usual Suppliers

As suppliers of radio equipment and other hardware that can never be phased out, Ericsson, Huawei and Nokia occupy a comfortable position. Elsewhere in the network, the software revolution leaves them exposed. At best, it will imply settling for a looser relationship with operators and a new sales model. At worst, it could mean losing out to companies just a fraction of their size as Orange effects its own transformation.

"There is an ecosystem of companies offering services in a cloud way," says Paillassot. "Can we integrate them? Yes. But we need to have a platform. Unless we turn ourselves into an integration software platform, we will not benefit from this."

jerehada 2/8/2018 | 4:20:05 AM
Going to the well too often? The brutal boom and bust nature of the network infra market and the need to invest in innovation has left the market with 2.5 competitors (take your pick if E/// or Nokia are the half). So perhaps Orange is looking to reduce that further? Not sure why the discussion of hardware virtualisation is so front and centre. Already cloud native core/EPCs are being deployed so where are they looking to virtualise ? the cell sites or the backhaul? How do you virtualise an antenna? I know edge networks etc but that's a side show.

If you densify for MIMO/NR then its going to cost to build and run. I predict more sharing. Its always easier to take aim at suppliers rather than sort out your own waste.

I did a bit of reseach on the start ups they are working with; no chance they'll build a credible alternative, maybe the odd component, maybe something for emerging markets. The IP is owned elsewhere...

So be careful for what you wish for.