Orange reckons forthcoming 5G technology could be used to provide broadband services for about 10% of Romanian households after customer trials in the country delivered peak speeds of between 3 Gbit/s and 6 Gbit/s and met with a positive response from the user group. (See Orange, Cisco, Samsung Test 5G FWA in Romania.)

The operator currently uses 4G to provide broadband connections for about 150,000 households, equating to about 2% of homes in Romania, and has another 50,000 broadband customers on fiber and other technologies.

But 5G could facilitate an expansion of Orange's broadband presence in Romania if the economics stack up.

Although coy when asked about the cost of using 5G instead of fiber to serve Romanian customers, senior executives at Orange Romania are evidently encouraged by the results of the trials they recently carried out in the Floresti Cluj region with vendors Samsung and Cisco. 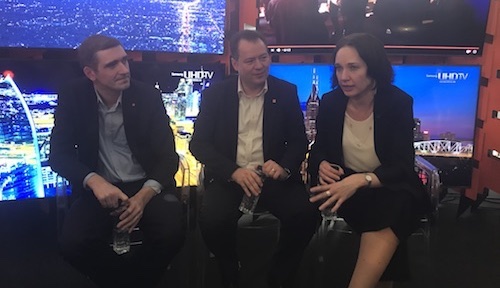 Focused solely on the use of 5G as a fixed wireless access technology, those trials took advantage of spectrum in the 26GHz band to provide high-speed broadband connectivity for about 15 customers living in very different types of housing.

Orange used a virtualized core from Cisco Systems Inc. (Nasdaq: CSCO) during the trials, along with customer premises equipment (CPE) and a virtualized radio access network (RAN) from South Korea's Samsung Corp. The CPE linked to in-home WiFi routers so that customers could make use of existing devices including TVs, laptops and smartphones.

Stefan Slavnicu, Orange Romania's chief technology officer, said the results were better than Orange had expected, delivering connections of around 3 Gbit/s with four simultaneous user downloads and a peak speed of about 6 Gbit/s.

Customer feedback was also overwhelmingly positive, according to Orange, with some users reporting a better experience than on their current fixed broadband services.

Answering questions from reporters during a press conference in Floresti Cluj on Monday, Yves Martin, Orange Romania's chief marketing officer, said 5G could feasibly be used to connect about 10% of homes in future, or about 750,000 households based on Orange's estimates.

The big question is whether a commercial rollout makes economic sense. Quizzed by Light Reading on deployment costs, Orange's Arnaud Vamparys, who is taking responsibility for 5G activities at group level, said there were "no figures yet" and that Orange still had to develop a better understanding of the business case. (See Orange's 5G Plan: Definitely, Maybe.)

But Slavnicu acknowledged the technology would require "heavy investment" in connecting radio sites to fiber and in the densification of its radio access network. Having used an experimental 26GHz concession to carry out trials, Orange would also have to pay for a commercial license when regulatory authorities make the spectrum available.

Number crunchers might also be concerned about the number of households that can be served per antenna, with Orange indicating that figure could be anywhere between 10 and 30 based on the results of its trials.

Orange expects Romania's government to hold a 26GHz auction in the second half of 2019 and thinks some kind of commercial launch in 2020 is possible.

"We know this technology will require significant investment on the technology layer and on spectrum," said Liudmila Climoc, Orange Romania's CEO. "It is still too soon to talk about the business case."

Climoc told Light Reading that about two thirds of Romanian homes and businesses could now access fiber networks but said there are still big gaps in urban areas, with about a fifth of homes unable to receive fiber connectivity.

Since 2016, Orange Romania has had a wholesale agreement in place with Deutsche Telekom, the owner of Romania's former state-owned fixed-line operator, allowing it to provide fiber-based services to its own customers.

However, that agreement appears to account for a relatively small number of Orange Romania's broadband connections.

The use of 5G systems to provide fixed broadband services is one of the early use cases for the recently standardized radio access technology and has proven particularly popular among operators in the US: