There is one glaring problem with the sudden burst of US enthusiasm for open RAN technology as a weapon to fight China in the 5G World War.

It's not just that open RAN (for radio access networks) is immature or way behind mainstream technology on performance. It's not that hardly anyone's "open" software works on general-purpose equipment, or that a market for these "white box" radios doesn't really exist. It's not even that a $1 billion open RAN fund -- as recently proposed by a group of US Senators -- is just 4% of what Sweden's Ericsson, China's Huawei and Finland's Nokia collectively spent on research and development in 2018.

No, the big issue is that open RAN technology is not some kind of US innovation or patent off-limits to companies in other countries. And while the open RAN cheerleaders of Altiostar, Mavenir and Parallel Wireless have their headquarters in the US, each identifies itself mainly as a software company. For hardware, your best bets are China, South Korea and Taiwan.

The lack of "Made in America" radios was acknowledged in a regulatory filing by Mavenir last week, as reported by Light Reading at the time. Mavenir -- in its accompanying presentation to the Federal Communications Commission -- had to point out there are currently "no US-manufactured radios." America has the design skills, it insisted. What's missing is any "low-cost US-managed volume manufacture." 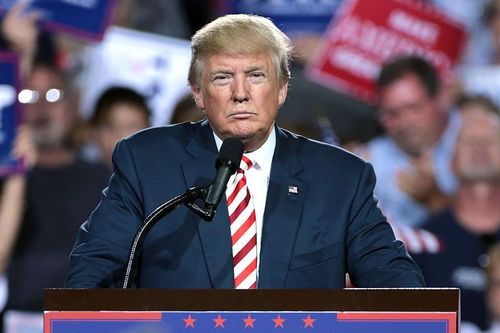 Donald Trump's administration is determined to halt China in its 5G tracks.

The broad reason for this is obvious to most people who haven't recently been called a "dotard" by a North Korean dictator. The US, along with most other Western countries, is morphing into a services-based economy as manufacturing shifts to Asian markets where labor costs are lower. US gadget firms still exist, of course -- Apple remains one of the world's biggest phone companies -- but they rely on China or other low-cost Asian countries to make their stuff.

Whatever Trump might tell his faithful supporters, this has nothing to do with unfair Chinese tactics, Chinese currency manipulation or Chinese disregard for international rules on trade. If it did, then friendlier Asian countries like Vietnam, where South Korea's Samsung now makes about a third of its mobile phones, would not similarly have emerged as low-cost tech-manufacturing hubs. Put simply, it's the economy, dotard -- as Bill Clinton once (almost) said.

Could automation tilt the manufacturing scales back in America's favor? Ericsson now says it can make all the 5G equipment its North American customers need at an advanced Texan facility that employs only 100 people. This won't do much for Trump's pledge to return manufacturing jobs to the US, but similar facilities might eventually provide a way to make low-cost open RAN kit.

The trouble is that Asian countries already have the facilities and labor resources, while the US -- according to Mavenir -- is basically starting from scratch. Nor is automation unavailable to Asian manufacturers. It would require a concerted effort and considerable investment to give the US a chance. And it is not clear if that would eventually allow US companies to produce competitively priced equipment. In a market where cost is all-important, customers will naturally seek out the least expensive gear -- unless trade restrictions stop them.

Open RAN might threaten Huawei -- the main Chinese villain, as far as US hawks are concerned -- but it could also upset Ericsson and Nokia, on which the US telecom sector largely depends. Together, the Nordic firms employ about 24,000 people in North America and are building most of the 5G networks in the US. Despite joining some open RAN groups, neither has embraced the technology. "If they come and say they have open interfaces that would be a dream, but frankly I am not expecting it," said Yago Tenorio, Vodafone's head of network strategy, during an interview last year. Vodafone has put its entire European RAN footprint up for tender and says open RAN could play a role.

For the traditional kit vendors, any loss of market share to open RAN could buoy the Chinese manufacturers that Mavenir cites in its FCC presentation. Indeed, Huawei refuses to back the technology mainly because it does not want to be a catalyst for the emergence of new infrastructure rivals at home, according to John Baker, Mavenir's senior vice president of business development. "If Huawei goes open RAN in China, it will have tens of new radio manufacturers in China actually cannibalizing its market," he told Light Reading last year.

Chinese operators are interested, too. All three of the country's mobile service providers are members of the O-RAN Alliance, an international association working on open RAN specifications. China Mobile, notably, has been testing open RAN products developed partly by Lenovo and Baicells, two Chinese technology firms. If Huawei did throw its weight behind open RAN -- and the company insists that open RAN's relatively poor technical performance is the reason it has doubts -- then deployments in the vast Chinese market could swiftly bring the economies of scale needed to reduce costs. A Chinese open RAN ecosystem might take shape more rapidly than its US equivalent.

For US officials desperate to hobble China, trying to regulate this open RAN market would be a nightmare. In a traditional network, one or two vendors take charge, giving policymakers an obvious target. Open RAN looks set to bring fiendish complexity, involving numerous suppliers from different parts of the world. Determining the provenance of all the componentry used in telecom networks is already hard. With open RAN, it could become mission impossible. But unless the US can become entirely self-sufficient, that is the task a US government scared of China should logically face.

Cloud 4G 3/5/2020 | 6:30:28 PM
Excellent article - debuncts some of the O-RAN hype Open RAN, O-RAN, cloud-centric ... and the $1 billion drops of water in the worldwide wireless infrastructure bucket is erroneously being positioned as a solution to security, and lack of US-based network equipment suppliers.

A starting point would be to ask US and foreign incumbent operators who have the vast majority of viable spectra, market share, cash flows and capital needed to build and sustain competitive positions if they want to transition to O-RAN, how soon that might occur, and the process they would go through to get there: for new spectrum deployments of 5G NR or as a broad program to rip and replace existing hardware and software or somewhere in between.

The push for O-RAN is coming from supliers outside of the mainstream who would like to shake up the incumbent supply chain so they can have a seat at the table.  Unless incumbents buy into O-RAN the market is for the new startup operators including Rakuten, DISH, and

LimMicro is a company with a label "Made in UK" on both radios and hardware ie FPRF and CrowdCell. Don't think there are any others in UK, or indeed in countries mentioned above both with designing radios chips and hardware as such...
Reply | Post Message | MESSAGES LIST | START A BOARD

Actually, adjusted for benefits (40%) and productivity and adjusted for PPP, Chinese manufacturing wages are the same as–or higher than–America's.