Rajeev Suri's master plan is on the verge of paying off, if the telecom market would only cooperate.

With the 2015 acquisition of Alcatel-Lucent, the Nokia Corp. (NYSE: NOK) CEO believes he has set up his company to address a world of 5G networks and the Internet of Things. He has a complete chain of telecom gear to offer telcos and even entice enterprises and industrial IoT clients.

I got my first-ever chance to meet Suri in person at Mobile World Congress Americas in San Francisco recently. Our conversation starts below -- or use these links to peek ahead: 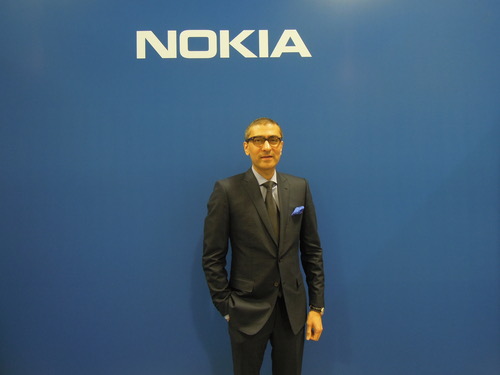 Craig Matsumoto: How "real" is 5G going to be, in the early going? I'm confident the radio standards will be ready on schedule, but what about the middle of the network -- things like network slicing? Will the network be ready for these things the telcos want to do?

Rajeev Suri: I think it will be [real], in the lead markets, in the lead countries: US, Japan, South Korea and China. We think it will be more 2019, not 2020 or 2021 -- in the lead markets. You're right that it isn't just radio, it is about transporting the backhaul, and it's also about densification; transport in the urban areas has to be there as well, plus of course fronthaul, for cloud RAN. The core network's got to go to cloud and SDN so you can do network slicing and have these separate virtual networks.

In the core network there's a lot of activity on already. It's not waiting for 5G. Transport is there in some cases, not there in some cases -- that's going to move along. If the chipsets and devices line up, then everything will line up for 2019. But, again, it will be the commercial launches in these lead markets first.

I also think from a spectrum standpoint, the midband spectrum is turning out to be a favorite for 5G. So, the 3.5GHz to 4.2GHz range. Some markets will do 28GHz for ultra-high speeds like 10 Gbit/s. And there's a lot of spectrum available in that space. and then some countries are also talking about low-band. T-Mobile is talking about 600. China might look at 900.

CM: Carriers' 5G plans sound like they're going to depend on NFV. What do you think it's going to take to make NFV really happen, to force something into shape?

Suri: My sense is that there are operators doing this full move to the cloud. Not just NFV, because NFV is [about] taking some elements, and you're going to virtualize them. That won't give you the full effect.

We've got a lot of leads now on, really, the end-to-end cloud. It's moving to native cloud, full end-to-end, where we're supplying orchestration and Nuage SDN and our own AirFrame data center solution -- the whole thing. I just visited one in Europe, and that's a full cloud infrastructure. We've won deals in Asia that are also along the same lines.

There's a recognition that NFV is not the goal. It is the full move to the cloud.

CM: You're looking into enterprise verticals too -- what's your pitch there? Nokia is not a traditional enterprise name. (See Nokia's Leprince Hails Enterprise Growth.)

Suri: Our expansion into cable comes first, because we bought this company called GainSpeed that gives us a disruptive hybrid access architecture that can move us to provide cable access products. It's sort of in the cable space but not fully. (See Nokia Swings Deal for Gainspeed.)

On the enterprise, we've picked a few verticals. Let's pick the examples of utilities. Their need is modernization of the smart grid. Their need is to reduce leakage in transmission and distribution. And typically, that means providing them with a private LTE network -- we have a solution called a digital automation cloud, so you can get the core network through that, and we provide the private LTE network. Our other solutions include IP/MPLS packet gear to do modern packet-switching, and working with them on smart metering devices. And there the opportunity is to sell them software -- analytics, customized case-management software, dashboards and so on.

We wouldn't do it without the acquisition of Alcatel-Lucent. Because as Nokia, I'd only have the wireless play. Which is important, but I'd go to a utility and sell them 500 basestations. Now I can sell them IP and optical -- it's a full solution.

Once you're in there, you go up the chain. We have an Impact platform, it's like a GE Predix; it's an IoT platform for connecting devices and management of devices but also analytics and stuff like that. I don't want to just provide them the -- if you like, the plumbing. I also move up the value chain and provide them these software platform solutions we can horizontalize across several verticals.