Nokia has served up disappointing news for investors with first-quarter results that show a decline in network spending by its customers and an operating loss when figures from the small licensing business are excluded.

Shares dived more than 8% at one point during morning trading in Helsinki, after the Finnish vendor reported a 9% drop in overall sales, to about 4.9 billion ($6 billion), and a 59% fall in net profit, to just 83 million ($101 million), compared with the year-earlier quarter.

Despite the setback, the Finnish equipment now expects its large networks business to outperform rivals this year, having previously guided for a sales decline in line with the market. It has also raised its outlook for the overall networks market to a sales decline of 1-3%, an improvement on the earlier forecast of a 2-4% decline.

Nokia Corp. (NYSE: NOK) explained that improvement by saying order intake had been "excellent" in the first quarter, especially in North America, where some of its customers are preparing to launch 5G services this year.

Although not factored into the outlook, CFO Kristian Pullola told Light Reading that recent US moves against Chinese rivals Huawei Technologies Co. Ltd. and ZTE Corp. (Shenzhen: 000063; Hong Kong: 0763) could also work to Nokia's advantage. ZTE currently faces a seven-year ban on the use of US components, while Huawei is reportedly under investigation for violating sanctions against Iran. (See US Investigating Huawei for Sanctions Violations  Report and ZTE in Existential Crisis as It Slams 'Unfair' US Ban, Considers 'Judicial Measures'.)

"We come from a strong security background and are trusted from a quality point of view. We have a good chance to succeed in this environment," said Pullola. "We will monitor the situation and try to use any opportunity that would present itself in radio, routing or optical." 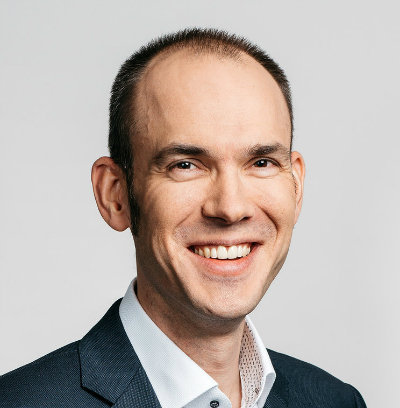 Nokia CFO Kristian Pullola: Hoping to benefit from ostracization of Chinese vendors in US.

Executives insisted revenues would have been flat without foreign exchange movements, but its networks business, which accounts for 88% of the total, still suffered a 3% year-on-year decline on a constant-currency basis.

One concern for investors is a weakening of both gross and operating margins at Nokia in the first quarter. The company's gross margin slid to 39.4%, from 40.8% a year earlier, while its operating margin declined from 6.3% to 4.8% over the same period.

Suri blamed the gross margin weakness on "regional and product mix" and said the figure would improve in the second half of the year.

"Geographically we saw growth in Latin America and the Middle East, which are lower-margin markets than North America," Pullola explained. "From a product point of view we had more services, more optical, less software and less routing, and those mix shifts meant lower margins."

Even though profitability has worsened, Nokia insists it is on track to realize cost savings of 1.2 billion ($1.46 billion) this year, compared with 2015. It continues to guide for an operating margin at the networks business of 6-9% this year and 9-12% in 2020.

Pullola denied there was a need for more rigorous cost cutting to boost margins, but overall employee numbers at Nokia changed little in 2017, falling to 101,731 from 102,687 the year before. That contrasts starkly with headcount development at loss-making Ericsson, which has axed around 14,000 full-time positions in the last year, giving it 97,581 full-time employees at the end of March.

"We have seen workforce reductions across the globe but we are reinvesting into business areas where we see growth in future, including software and enterprise," said Pullola. "Total workforce numbers are volatile depending on the type of business we take on, but overall we're on a reducing trend."

rotaquli 7/28/2018 | 2:26:35 AM
edu Noni is one of the better slots for the individuals. All the issues of the essaybox reviews have been superficial for the role of the man. The seed of the current ambit is regulated for the discussion for the humans in life.
Reply | Post Message | MESSAGES LIST | START A BOARD

Nokia had a just about positive operating margin for its network business in Q1. Ericsson was just about negative, but heading for profitability later this year. So they seem to be converging,  which makes sense as the customers and markets have a lot of overlap.

Growth in mobile networks slowed for Huawei in 2017 and that might be why it is more cautious right now. It doesn't have the nearer-term revenue prospects from 5G in North America. But a year or two out, when the Chinese operators really go big on 5G, it will make this up.
Reply | Post Message | MESSAGES LIST | START A BOARD

James_B_Crawshaw 4/26/2018 | 2:45:25 PM
Re: 5G coming fast, and coming big He must have put on a good show. After opening 9% down the shares finished the day almost flat. The comment is in marked contrast to Huawei's more subdued view of 5G and the reality of 4G. Maybe this time things are different ...
Reply | Post Message | MESSAGES LIST | START A BOARD

Excellent momentum for 2H 2018 in N.America; biggest orderbook he can recall.