"I've had better days," says Kristian Pullola, Nokia's chief financial officer, after about 6 billion ($6.7 billion) was wiped off the Finnish vendor's market value this morning in Helsinki. Panic ensued when the equipment maker cut its guidance just days after rival Ericsson had done the opposite. Investors are understandably worried that Nokia is losing its way as operators begin to invest in mass-market rollouts of 5G, a next-generation technology on which the industry has pinned its hopes for revival.

The signs are not encouraging. European customers have been reluctant to jettison Huawei despite the best efforts of US authorities, which insist the controversial Chinese vendor is a security threat. Sales growth at Nokia's mobile infrastructure business looks sluggish next to that of Ericsson, which has landed some major contracts at the expense of its Finnish competitor. The Swedish company says it is prepared to sacrifice some profitability for market share gains.

It's a game Nokia is reluctant to play, Pullola tells Light Reading. And yet Nokia's own margins took a pounding in the recent third quarter, falling five percentage points at the main networks business. Product costs as well as pricing pressure have chewed into profitability, and 5G technical issues dogged the company earlier this year. While rivals were pouring funds into research and development, did Nokia underinvest? 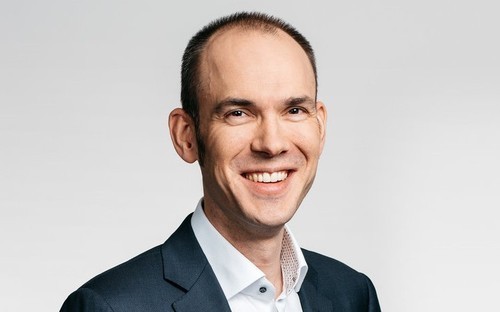 Nokia's Kristian Pullola must hope an R&D boost pays off.

While Pullola will not admit to any such mistake, there is the hint that 5G's speedy emergence from the lab caught Nokia by surprise as it was wrestling with its 15.6 billion ($17.4 billion, at today's exchange rate) takeover of Alcatel-Lucent in 2016. "It's fair to say that 5G happened quicker than we and others thought," he says. "We have had pressure in R&D to get to the situation we are in now and that happened in parallel with product migration work related to the AlcaLu merger."

Nokia's immediate response to the latest setbacks, moreover, is to promise greater investment in 5G next year. "We need to do better and have the right level of profitability from 5G projects we are taking on," says Pullola. "That is why we are increasing investments in 5G and particularly in system-on-a-chip development, so we can drive the efficiency of the product."

Judging by the link Ericsson has established between profitability and its own R&D activities, that increase should help to boost margins. But it is not expected to make Nokia much more competitive until 2021. In the meantime, the company has had to pause dividends as it tries to improve its cash position. "We plan to resume once we have got to a 2 billion [$2.2 billion] net cash position and we expect 1.5 billion [$1.7 billion] at the end of the year," says Pullola. For the third quarter, net cash fell to just 344 million ($383 million) from about 1.9 billion ($2.1 billion) a year earlier.

Investment activity is also expected to have an unwelcome impact on Nokia's cost-saving efforts. Around this time last year, it unveiled plans to cut about 700 million ($779 million) in annual expenses by 2020, compared with the full-year figure for 2018. That target has now been cut to 500 million ($556 million). "We see a lower net benefit from these efforts because of the increased investments in 5G system-on-a-chip as well as internal process improvements," says Pullola. Heavy headwinds from foreign exchange effects are also a factor, he explains.

Nokia's bosses continue to insist one of the trump cards the Finnish vendor holds over Ericsson is its end-to-end portfolio. While the Swedish vendor has sold cloud and media assets, and doubled down on mobile, Nokia bulked up in the fixed-line and IP/optical areas when it bought Alcatel-Lucent. With the shift to 5G requiring investments in high-capacity transmission networks, particularly in the metro aggregation and fixed access segments, this end-to-end strategy would seem to make sense. Yet there is little sign today that customers are buying packages of different products as they sign 5G contracts.

"We don't see that customers at this point in time are bundling their purchases, but we do see that we can participate in different investment cycles as they build 5G networks," says Pullola. He also remains confident that a bigger share of "combined business" will come. "We still believe that as we go through the 5G cycle there will be an opportunity to provide end-to-end solutions that work better together than different things from different players."

Pullola's bad day does not mean sunshine for his rivals. Western vendors suffered in the 4G era when aggressive Chinese competitors sacrificed profitability for market share. Now Ericsson is copying the tactic in a bid to reclaim lost territory. The clear danger is that price-based competition swiftly erodes industry profits generated by 5G technology. Ericsson's shares rose 6% in Stockholm when it reported a strong set of results last week. But amid Nokia's morning talk of pricing pressure, the Swedish vendor was down 1% today at the time of publication. Investors across the industry are taking stock.