Huawei vs. Trump & the Casualties of War

For several weeks Huawei's representatives have been telling journalists the worst of the storm has passed, as European governments and operators have resisted the US campaign against the controversial Chinese vendor. That all changed in a heartbeat this week.

Frustrated by efforts to get Huawei banned by US allies, President Donald Trump and his team have gone straight for the jugular. Announced on May 15, Trump's executive order regarding the technology threat posed by "foreign adversaries" has been viewed unanimously as the latest strike on Huawei. But the unintended casualties may include US companies and foreign allies.

Caught in the Crossfire 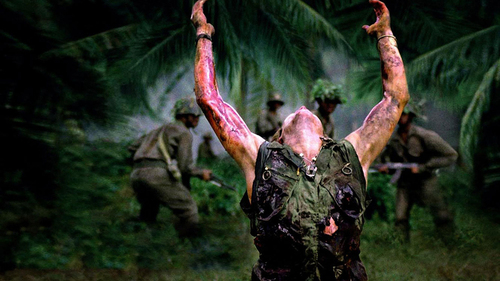 Who will go down in the battle between the US and Huawei?

The White House statement on the order, which can be read here, paves the way for a full ban on Huawei in the US market. In short, it would allow officials to block any transaction involving technology developed by a foreign adversary. As things stand now, US operators with government contracts are warned off dealing with Huawei, because authorities have long seen Chinese vendors as a potential conduit for Chinese spies. This week's order goes much further and could have dire consequences for smaller US carriers that rely on Huawei's products.

Today, about 40 US operators fall into that category, and there is little sign they are prepared for a ban. In April, Huawei officials said US network sales for 2019 were on track to match or exceed last year's figure. Several US customers have urged the Federal Communications Commission not to bar the Chinese vendor from the US market. James Groft, the CEO of James Valley Communications in South Dakota, warned the agency that a full ban would force him to replace legacy equipment at considerable cost, abandoning a network "that is not fully depreciated."

But at least one US operator is already taking steps to replace Huawei. VTel, a wireless network operator in Vermont, said in March that it was substituting Ericsson for Huawei in parts of its network in support of US policy, even though it had not seen evidence of any security threat. Others may now be under enormous pressure to do the same.

Carpet-bombing the supply chain
It is not just US operators that may suffer. The component vendors that sell to Huawei look even more vulnerable now that the Commerce Department has, in its own words, indicated "it will be adding Huawei  and its affiliates to the Bureau's Entity list." Under export regulations, US companies cannot ship certain products to organizations named on this list unless they obtain a special license.

For small optical vendors that count Huawei as a major customer, such an export ban would be devastating. NeoPhotonics, one of those vendors, derived 46% of its revenues from sales to Huawei last year, according to Michael Genovese, an equity analyst with MKM Partners. It has been preparing for a ban by trying to boost sales to Huawei's non-Chinese rivals and conserving cash, says Genovese, but he doubts this will succeed. "We question NeoPhotonics' ability to be a going concern without Huawei as a customer, despite management's contingency plans," he said in a research note issued today. NeoPhotonics' share price fell by 20.6% on the New York Stock Exchange on May 16. Lumentum, another optical supplier to Huawei, took an 11.5% hit to its shares.

A ban would also affect much larger and better-known US equipment companies. Shares in Qualcomm, which supplies chips for use in Huawei's consumer devices, were down 4% on May 16. Broadcom, another components vendor, saw a 2.3% dip. Investors are partly worried that China's government may retaliate against the moves by Trump and block US companies from selling their technologies in China. The impact of a Chinese ban on Apple, say, would be felt throughout the supply chain.

"To us, the most important question is what the US government is trying to accomplish," said Genovese. "If the answer is to destroy Huawei and slow the development of 5G networks in China, then the US-China relationship is likely headed to a dark place with major geopolitical ramifications beyond the tech sector." Currently, he rates the likelihood of a permanent ban at 50%.

Huawei has been stockpiling inventory in preparation for a possible US ban. Inventories and other contract costs rose about a third last year, to roughly $14.5 billion. It is also trying to become more self-reliant. HiSilicon, its semiconductor business, is increasingly positioning itself as a rival to the likes of Qualcomm and Nvidia, a US manufacturer of graphics processing units, which could play a vital role in artificial intelligence.

The UK's Financial Times newspaper now claims to have seen a HiSilicon internal memo -- written in response to the latest US moves -- in which company boss He Tingbo hints cryptically at efforts to bolster in-house tech. "All the spare tyres we have built have turned to Plan A overnight  Today, the circle of destiny turns to this extreme and dark moment, the Superpower has mercilessly interrupted the technical and industrial system of global co-operation, made the most insane decision, put Huawei into the Entity List with no founded basis," she writes in a style taken from the Ayatollah Khomeini handbook.

Nuking the network operators
Huawei has reason to be worried. Last year, a ban on US component sales to ZTE almost drove the smaller Chinese vendor out of business. It was allowed to resume trading after reaching a Trump-brokered agreement with US authorities, but its recent sales performance has been disappointing. The worry is that customers affected by the ban are taking their business elsewhere.

In February, Light Reading reported that service providers outside the US and China were developing contingency plans in case of a Huawei ban. Those plans included stockpiling equipment and drawing up contracts to secure the transfer of knowledge and expertise.

For the big European operators, however, the main concern in recent months has been that governments will impose restrictions on Huawei's role in local 5G markets. Vodafone, one of the region's biggest operators, warned that a full 5G ban could delay the rollout of 5G services by two years and force it to spend "hundreds of millions" on replacing Huawei's equipment.

The concern had appeared to recede after governments in Germany, the UK and parts of eastern Europe seemed to resist US calls for a blanket 5G ban. But US efforts to gum up Huawei's supply chain could have the same effect if they delay projects for its customers.

"A ban would be massively disruptive around the world and have a very negative effect," Helen Lamprell, Vodafone UK's general counsel, told Light Reading at a breakfast briefing in March, where she played down the likelihood it would happen. Two months later and anything seems possible.

Cloud 4G 5/23/2019 | 11:55:39 AM
Re: Huawei: Trump The trade issue is not a Trump issue.  While I do not agree with how this has been pursued and think it is like kids in a closet playing with a box of matches and lighter fluid - it can burn down the house we all live in, the pressing for changes in the structure of our trade with China is long overdue.  The problem I see is that the brute-force methods being used by the Trump Administration are highly incendiary: we are pressing Xi to back down and for China's central committee to pursue changes within the country that are difficult and some of which take time.

Often, America looks at China as if it is this monolithic thing that can change the policies that it has risen quickly on a whim. The US cannot change its own entrenched policies such as making the military-defense budget more efficient or reforming the state-socialist medical system after decades of political hacking.  Yet China should make its reforms in three months.

What we need to set in place with China are some current changes and a frame agreement that has mechanisms for revisiting substantive issues such as currency valuation and barriers to doing business within China on a scheduled basis.  The overriding theme is that China must assume its full and equal role on the world stage in good faith cooperation with developed nations, not as a state-run venture. The USA must also open up some of its sector-socialist enterprises to remove impediments to free enterprise competition and distortions in spending priorities.

The attempt to beat the Chinese into submission has no better than 25% chance of working out in America's favor.  Even so, it may set the stage for the latter administrations to negotiate a more substantial trade reform deal.   This is like a 'Bad Cop, Good Cop' shakedown played out over the next several years. IMO.

susancem 5/23/2019 | 12:17:31 AM
Re: The impact runs deep because of cross-licensing and supply chain entanglements Yes The US attack on Huawei may take years to resolve.  And that poses a big problem not just for Huawei but also the host of companies in the supply and customer base ecosystem they do business.  The final outcome may get resolved in the courts where mere innuendo and political grandstanding will fail to make the grade..
Reply | Post Message | MESSAGES LIST | START A BOARD

Cloud 4G 5/19/2019 | 10:20:19 PM
The impact runs deep because of cross-licensing and supply chain entanglements Huawei's business has developed, as every competitor with such a broad range of wired and wireless products must, a deep set of technology cross-licensing and supply relationships.  For example, Huawei supplies 3G, 4G, 5G circuit modules for IoT applications.  These can go into smart power meters, cars, washing machines, etc.  The security issues are easily isolated or non-existent because the circuits are can be torn down and evaluated. firmware source code is available. That may not prevent random politicians from denouncing the products as a matter of course, but that just shows the pathetic position the US has allowed itself to get into.

Besides buying chips from Qualcomm and other component suppliers, Huawei has cross-licensing agreements in place with Q, Ericsson, Samsung, etc. This may be assumed to be the case by people in the industry but appears to be news in the come-from-behind, lackadaisical world of politics.

The US attack on Huawei may take years to resolve.  And that poses a big problem not just for Huawei but also the host of companies in the supply and customer base ecosystem they do business.  The final outcome may get resolved in the courts where mere innuendo and political grandstanding will fail to make the grade.

As a strong-arm gutter tactic, the war on Huawei may seem to make sense.  It might but that is only because the US is so hapless at doing much of anything longer than a 3-month quarterly report period.  Central planning? Any planning?  Doh, de doh... looks like fumbling at the podium to me.

bothandeach 5/17/2019 | 4:10:47 PM
Huawei: Trump Trump must go ASAP for the good of the USA and the World
Reply | Post Message | MESSAGES LIST | START A BOARD
EDUCATIONAL RESOURCES