Huawei founder Ren Zhengfei expects revenues to shrink to US$100 billion this year and next, about 30% lower than previously expected, as a result of blacklisting by the US.

During an on-stage discussion with high-profile US technology figureheads, George Gilder and Nicholas Negroponte, held at Huawei's headquarters in Shenzhen, China, Ren noted: "In the next two years, we will reduce our capacity. Our revenue will be down by about $30 billion. So our sales revenue this year and next will be about US100 billion. By 2020 we may regain our growth momentum to contribute more to human society."

That estimate shows just how much impact the ongoing pressure being exerted on Huawei by the US authorities is having: Huawei reported revenues of more than $105.2 billion for 2018, up by about 20%, and had anticipated significant ongoing growth.

Speaking at the forum in Shenzhen Monday, Ren compared the company to "a badly damaged plane" and said it had been surprised at the severity of the US measures against it. "We never thought that the US's strategic determination to attack Huawei would be so strong," Ren said. "Not just attacking our component supply," he said. "We also can't take part in organizations, we can't cooperate with universities and we can't even connect with parts that have US components."

Ren said that while he expected Huawei's business to contract to about $100 billion in total revenue, it would be transitioning to new versions of products that would be ready in two years' time.

"By 2021 we will have regained our vitality," said Ren, a 74-year-old former PLA (People's Liberation Army) officer who co-founded the company in 1987.

That will be just in time to capitalize on demand for 5G network rollouts based on the Release 16 set of specifications being developed by the 3GPP, which are due to be completed next year and which will then be baked into networking products from late next year onwards. 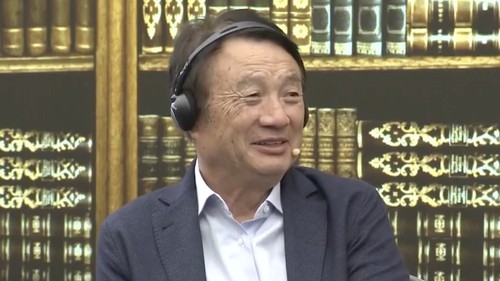 Ren also pledged not to reduce R&D investments, which totaled $14.6 billion last year: "In the next five years, we are going to invest $100 billion to reshape the network architecture so that the network will be simpler, faster and most trustworthy. If we have some financial challenge, we would not reduce our research and development investment. We would reinvent ourselves to contribute to human society," he proclaimed.