Huawei Asks Judge to Slap Down US Ban: 'No Gun, No Smoke. Only Speculation'

Huawei has launched a double-barrel defense against the US government's ban on its products. Huawei filed a motion opposing the order in a federal court in Texas, asking for a summary judgment that would throw the order out without a trial. Huawei also fired off a fusillade in the court of public opinion.

Huawei began the campaign with an opinion piece in the Wall Street Journal Sunday. The article, signed by Song Liuping, Huawei chief legal officer, says the US government ban violates the US Constitutional provision against any "bill of attainder" -- a law punishing a person or group without trial.

Song said Huawei would file a motion for summary judgment asking the court to declare the law unconstitutional, throwing the ban out on legal grounds before even going to trial on the facts.

Huawei did just that on Tuesday, in a Texas federal court, along with a news release issued Tuesday and press conference in Shenzhen. 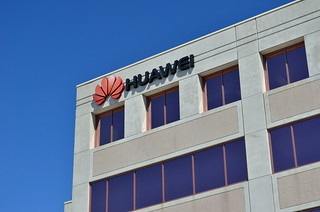 Huawei is fighting the 2019 National Defense Authorization Act, which authorizes the defense secretary to ban companies from doing business with US firms and federal agencies deemed to be security threats. The defense secretary followed up by adding Huawei to the US "Entity List," naming Huawei as a dangerous company that US companies are restricted from doing business with.

In a statement Wednesday, Song focuses on harm to the US. He says the Huawei ban "will directly harm more than 1,200 US companies" and "affect tens of thousands of American jobs."

And Huawei discussed particular damage to rural US service providers, who make use of Huawei's equipment. Huawei claims 40 US carriers as customers.

"The U.S. government has provided no evidence to show that Huawei is a security threat. There is no gun, no smoke. Only speculation," Song says in the news release. "Today it's telecoms and Huawei. Tomorrow it could be your industry, your company, your consumers," Song said.

Huawei says the US action is overly broad, barring government agencies from buying Huawei equipment and services, as well as forbidding them from "contracting with or awarding grants or loans to third parties who buy Huawei equipment or services -- even if there is no impact or connection to the US government."

A hearing on the motion is set for Sept. 19, Huawei says.

In the Journal article, Song argues that the US decision "provides Huawei with no opportunity to rebut the accusations, to present evidence in its defense, or to avail itself of other procedures that impartial adjudicators provide to ensure a fair search for the truth. Rather, the law pronounces Huawei's guilt and imposes vast restrictions with the express purpose of driving Huawei out of the U.S. market."

Also on Wednesday, Secretary of State Mike Pompeo said in an interview that Huawei is "an instrument of the Chinese government." -- an assertion that Huawei has repeatedly denied. The interview, taped Tuesday, aired on Fox Business Network Wednesday.

And Andy Purdy, chief security officer at Huawei USA, said the company might be open to "mitigation measures" to address US concerns.

Why this matters
As my colleague Phil Harvey and I discuss on a podcast today, Huawei is right about one assertion: The US has not disclosed evidence linking Huawei with surveillance, whether that surveillance is mandated by the Chinese government and otherwise.

Huawei has been frequently been accused of wrongdoing, but not of the sort that makes it a national security risk.

Though the burden of proof is on the US, Huawei has to keep fighting via the courts to protect its reputation outside the US, where it has about one-third of the global market on RAN gear in 4G networks. By framing the US actions as wrong and overreaching, Huawei gets a little closer to calling the government's bluff and bringing some comfort to those network operators -- including dozens of rural US telcos -- that are still using its gear.