It is no secret that Europe's operators would not welcome moves to ban Huawei from the 5G market. The Chinese vendor, seen as a security threat by its detractors, provides some of the best and most affordable equipment in the business, and is firmly entrenched in networks across the region. Banning it would cost network operator customers a significant amount of money and seriously hinder Europe's rollout of 5G technology, say Huawei's supporters.

Exactly how much are we talking about? Well, in a report that was published Friday morning, the UK's mobile network operators have attempted to put a figure on the overall cost to the UK economy. And the number they have come up with is not small. In a worst-case scenario, the UK would be looking at a £6.8 billion ($8.9 billion) hit, according to the report from Mobile UK, a trade association that represents BT, O2, Three and Vodafone.

The impact would be twofold: First, the cost to the operators of replacing equipment and losing a supplier; and second, the cost to the overall economy of a delay to the introduction of 5G networks. In both cases, Mobile UK seems to err on the side of panic.

Swap shop
The argument that replacing Huawei would cost a service provider "hundreds of millions" should be swallowed only with a generous dollop of skepticism.

For a start, the UK government's ongoing "supply chain review" was triggered by international concern about Chinese vendors' presence in future 5G networks, and not other infrastructure. The worst-case scenario is likely to mean a complete ban on Huawei in the 5G network, not a complete ban on Huawei per se. The fact that Mobile UK's report is entirely about 5G is a tacit acknowledgement of this important detail, even if the association does not spell it out. Australia appeared to address US concern about Huawei by excluding Chinese vendors from 5G, not cutting them out of all mobile infrastructure. 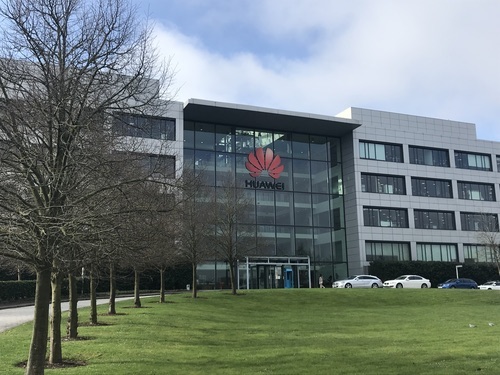 Second, Huawei's biggest UK customers have already decided not to use it in the most sensitive parts of the network. Vodafone relies on Cisco in the core as well as Ciena and Nokia in the transmission network. BT also counts Ciena as the main transport network supplier. It found itself using Huawei in the core when it bought EE in 2016 but immediately informed the Chinese vendor it would be switching to another supplier. That switch is now underway.

Whether Three has a similar internal policy is unclear, but the smallest of the UK's mobile network operators has picked Nokia as its core network vendor. O2, meanwhile, is even less dependent on Huawei.

Where Huawei does figure prominently is on the radio side. BT (through its EE subsidiary), Three and Vodafone have all built or started building radio access networks (RAN) in partnership with Huawei. And the RAN is certainly the most expensive part of the mobile network. Ripping out 5G basestations and replacing them with another vendor's gear could be a costly and time-consuming activity.

But UK operators have probably not deployed that many Huawei 5G basestations so far. At the end of March, the Chinese vendor claimed to have shipped 40,000 globally. One quarter of those are in South Korea, whose operators launched commercial 5G services today. That leaves 30,000 across the 29 5G deals it has signed in other markets. To build 5G on its 4G network "grid," Vodafone would need to cover about 18,000 mobile sites.

The sticking point is that a 5G ban would force operators to rip out Huawei's 4G equipment as well, they say. Why, if a government ban does not extend to 4G? In trying to provide an explanation, Mobile UK writes: "A restriction or ban of Huawei would be problematic for two reasons. Firstly, the initial wave of 5G technology will largely be an upgrade of 4G; and secondly, there is little interoperability between vendors, which means it is difficult to deploy non-Huawei 5G equipment alongside existing Huawei 4G equipment."

That "initial wave" refers to the non-standalone (NSA) version of 5G, which relies on the use of a 4G core network. And no less an authority than Ian Levy, the technical director of the UK's National Cyber Security Centre, has recently weighed into the same issue. "Despite the standards existing for interoperability, it's much easier to stick with your 4G vendor for your initial 5G rollout for NSA deployments," he wrote in a blog several weeks ago.

But this all seems rather odd. While interoperability is recognized as a big hurdle in some parts of the telecom network, it has not previously been cited as an issue when deploying different generations of mobile technology in the RAN. Three UK, for instance, uses Nokia as a 3G RAN supplier and Samsung as a 4G one. More importantly, it has chosen Huawei, and not Samsung, to build its 5G network. Presumably, then, it does not think interoperability is an insurmountable problem, despite putting its name to Mobile UK's report.

Nokia, one of Huawei's chief rivals, has also recently insisted that deploying its 5G radio systems on top of a competitor's 4G ones would be "simple." While acknowledging that an interface between 4G and 5G called X2 is problematic, it claims to have come up with a nifty workaround that basically entails using a Nokia "overlay" on the 4G side, with minimal support from the incumbent vendor.

This is not to suggest a problem does not exist, and it shows why the work of standards groups like the 3GPP is so important. But the issue appears to have been overstated by UK operators. Even one of Huawei's own spokespeople plays down any suggestion that an operator would have to stick with its 4G RAN vendor when building a 5G network.