With an eye to their 5G futures, both operators have secured frequencies in Sweden's 700MHz spectrum, boosting their existing 4G network and preparing them for the deployment of the next generation of mobile connectivity. 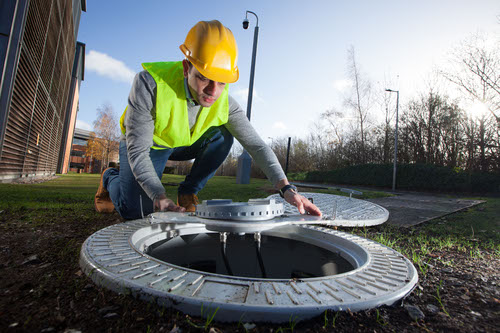 A purpose-built manhole-cover antenna unit is being trialed at Vodafone's Newbury HQ.