Eurobites: San Marino to Be 5G Testbed for Telecom Italia 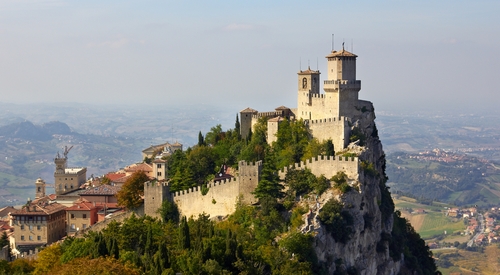 San Marino: Like Disneyland, but with better coffee and a worse soccer team.

GypsumFantastic 7/21/2017 | 8:57:55 AM
Scotland? If a rubbish football team was one of the selection criteria for the 5G proof of concept they should have picked my home country Scotland!  Also plenty mountains and islands there to provide a proper test of 5G. Who knows, maybe the islands off the west coast (and many parts along the mainland west coast) might finally experience something better than GPRS or EDGE, which the UK's main mobile providers have thus far been incapable of/not interested in addressing...
Reply | Post Message | MESSAGES LIST | START A BOARD

mendyk 7/18/2017 | 12:12:29 PM
must get there Yet another reason to put San Marino on the bucket list.
Reply | Post Message | MESSAGES LIST | START A BOARD
EDUCATIONAL RESOURCES