Ericsson, Nokia Boast 5G Wins Against Each Other, but Fail to Stop Huawei

Ericsson and Nokia are each boasting 5G-related gains at the other's expense amid analyst skepticism about recent improvements in their mobile market share, and signs that Huawei is still in the ascendant.

Top executives from the European equipment vendors have clashed over their respective positions in the mobile infrastructure market as they seek to capitalize on a shift to the next-generation mobile technology and a US-led backlash against China's Huawei, the world's biggest technology supplier to communications service providers.

Arun Bansal, the head of Ericsson's business in Europe and Latin America, said there is "no doubt" his company has taken market share from Nokia and that his Finnish competitor's recent claim to have signed 42 5G contracts is suspect because "revenues only come with the launch of networks."

"There are nine globally, and eight are with Ericsson One of our nearest [competitors] has not managed to launch a single 5G network yet in Europe or America," he told Light Reading in a clear reference to Nokia during a recent meeting in central London. "We are able to win share against Nokia because no operator wants to be late in 5G initial deployment." 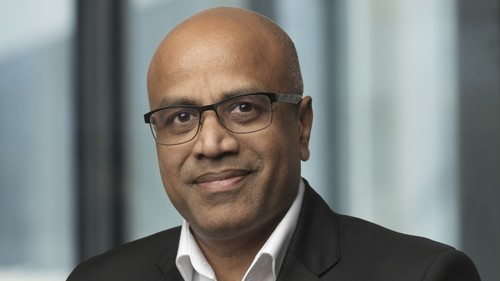 Ericsson's Arun Bansal challenges Nokia to back up its claims about "swaps" at Ericsson's expense.

Reporting results for the first quarter, Nokia was unable to book around 200 million ($226 million) in 5G revenues in North America because its software was not deemed to be commercially ready. Those revenues, which it expects to book later this year, would have been the difference between sales growth of 10% and the 4% it reported.

Ericsson has also not encountered the same 5G interoperability problems flagged by Nokia, Bansal insisted. "We are probably the only vendor that has done 5G interoperability testing with all chipset vendors," he said. "That is a unique advantage compared with our competitors."

Nokia held interoperability problems partly responsible for its weak set of first-quarter results. Its "mobile access" revenues fell 2% organically, compared with the year-earlier quarter, while Ericsson's were up 10% on a constant currency basis over the same period.

Rajeev Suri, Nokia's CEO, insists interoperability is an issue for the whole industry, and not just Nokia. "The experience isn't great now with 5G," he told Light Reading at the company's London office this week. "If you want to get deeply technical, the chipsets being used now in the first commercial rollouts will change very quickly. They are not the ones that are backwards-compatible." 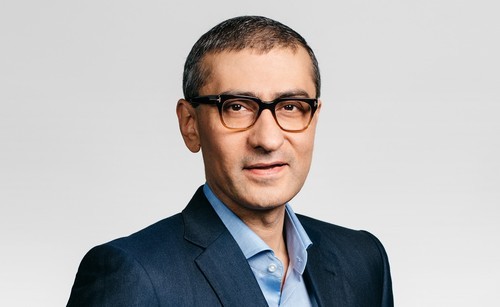 Nokia's Rajeev Suri says 5G interoperability is an issue for the whole industry.

The Swedish vendor is also replacing Nokia as a radio access network (RAN) vendor in Vodafone's UK network and Deutsche Telekom's German one.

But Nokia says it has replaced Ericsson more often than it has been replaced. "With our Nordic rival, when there are swaps we win two-thirds of the time," said Suri. "We have a good track record against them."

Nokia has not disclosed details of these "swaps," inviting criticism from Bansal. "I would love Rajeev to name a single one," he said. "I would love to learn that."

Suri confirmed that all 42 of Nokia's 5G deals have come from existing 4G customers, of which the Finnish vendor claims 350 in total. One-half of those 5G deals are for "end-to-end" business, he said, meaning they cover more than just the radio and core elements of the network.

"Sometimes we are taking share in that footprint," he said when pressed about the market share claims. "In the radio footprint, our share grew in the US with the move from 4G to 5G."

The fierce rhetoric points to the opportunity for a vendor landgrab as operators shift from one generation of mobile technology to another. Börje Ekholm, Ericsson's CEO, has indicated that profitability may take a hit this year as Ericsson competes for work that is strategically important in the long run.

Huawei on the 5G highway
One analyst who tracks the infrastructure market remains unconvinced there has been much recent change in the position of the European vendors.

"In this first phase of 5G, the base stations need to utilize the existing LTE [4G] network to optimize total cost of ownership and time to market, implying footprint changes between LTE and 5G NR [New Radio] will be the exception rather than the norm," said Stefan Pongratz, a senior director with Dell'Oro, whose data is used by Ericsson for growth forecasts.

Moreover, preliminary estimates by Dell'Oro suggest both Ericsson and Nokia lost RAN market share outside North America between 2016 and the first quarter of 2019, while Huawei improved its position despite recent US efforts to get the Chinese company banned from 5G markets.

When North America is included, Dell'Oro reckons Huawei share of the market for RAN, core and microwave products grew from 29% to 30% between 2016 and the first quarter of 2019 (on a "four quarter trailing" basis). Ericsson's market share rose one percentage point over that period, to 26%, while Nokia's fell by the same amount, to 20%, says Dell'Oro.

Ovum, a sister company to Light Reading, broadly agrees with the Dell'Oro statistics, calculating in a recent report that Huawei took 30% of all RAN market revenues last year, with Ericsson collecting 27% and Nokia about 22%.

The European companies have struggled to translate Huawei's recent geopolitical problems into new business, demonstrating the limited success of the US campaign against the Chinese vendor so far.

"We have not won anything against Huawei due to geopolitics," Bansal told Light Reading.

Asked if the backlash against Huawei represents a business opportunity for Nokia, Suri said: "It is too early to tell. Clearly, there is some uncertainty in the market and some operators will say that whether there is a ban or not they just need to manage their supply chain."

Nevertheless, both Ericsson and Nokia are eyeing a bigger role in the UK, which as a member of the US-led "Five Eyes" alliance has come under pressure from the Trump administration to exclude Huawei from the 5G market.

US authorities say Huawei's products could include "backdoors" for Chinese spies and have already moved to block its access to US components and software.

UK telecom incumbent BT is in trials with Cisco, Ericsson and Nokia as it looks to replace Huawei in its mobile core, bringing that part of the business into alignment with an internal company policy not to use Chinese equipment vendors in the core network. It is also considering whether to introduce a third RAN vendor, alongside existing suppliers Huawei and Nokia.

"We are presenting our technology in core and radio to Howard [Watson, BT's chief technology and information officer]," said Bansal. "Our belief is that no one else can offer dual-mode core across both 4G and 5G and we have proven 5G core functionality and capability."

BT rivals Vodafone and Three also rely heavily on Huawei's radio technology and could be forced to rip out installed equipment at considerable expense if the government's forthcoming supply chain review imposes a blanket 5G ban on Chinese vendors.

The operators say they would have to replace Huawei's 4G equipment in the event of a ban to avoid interoperability problems with the new 5G vendor.

Nokia is promoting the use of an "overlay" to get around this problem but has yet to provide evidence of telco interest in the offering. "If you have another vendor's 4G and want to bring in Nokia's 5G, then rather than use this other vendor's 4G as the link to 5G you introduce a thin layer of Nokia 4G," Suri explained.