Ericsson Looks to Clear Policy, Logistical Roadblocks to US 5G

Niklas Heuveldop, the executive in charge of Ericsson's 11,500 North American employees, has slowly been working to pivot the company from a pure equipment and technology vendor to an "enabler" of wireless network operators -- including lobbying US legislators for policies that are more wireless-friendly.

"Most of our attention goes to keeping our customers at the forefront of the global 5G race because we think that's important for their success," said Heuveldop, president and Head of Ericsson North America. "And everybody's building [5G networks] and they're building as fast as they can. So really our focus now shifts to, how can we make sure that we remove obstacles for them so that they can go faster?"

In addition to his focus on 5G boxes and software, Heuveldop is spending time on the broader political and logistical obstacles that Ericsson's 5G customers -- which in the US range from Sprint to AT&T to T-Mobile to Verizon to U.S. Cellular -- are facing. 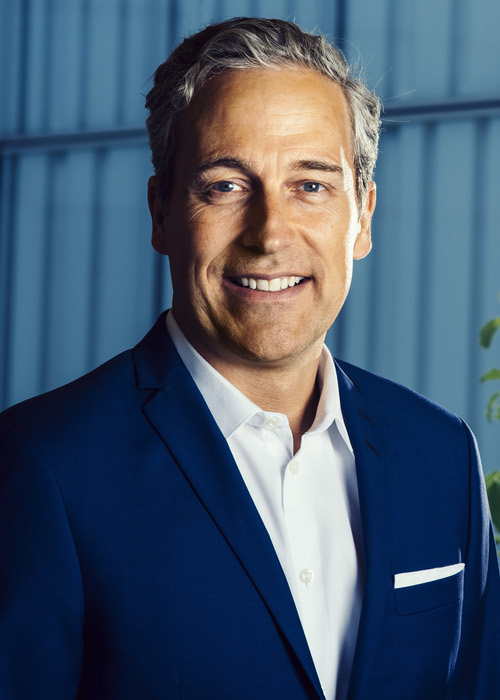 Mr. Heuveldop goes to Washington
Heuveldop and Ericsson's Global CEO Börje Ekholm have so far made two trips to Washington, DC, to meet with FCC Chairman Ajit Pai and other telecom regulators and policy makers.

Heuveldop said he's pushing two topics in his DC visits: spectrum and permitting. On spectrum, he has been urging regulators to free up more spectrum for 5G, including midband spectrum like the C-Band. Of course, Heuveldop isn't alone in calling on the US government to release more spectrum for 5G -- players across the US telecom industry, from AT&T to Qualcomm to Nokia, have been similarly noisy on the topic. However, it's noteworthy that Ericsson's top brass have been making the Beltway rounds.

As for permitting, that's also a hot topic among wireless operators from Sprint to Verizon. Despite new FCC guidelines designed to speed up small cell deployments, and more than two dozen state legislatures passing legislation on the topic, some companies have warned that it can still take up to three years to get the necessary permits to install a new cell tower or small cell.

"So when you go into the higher [spectrum] bands, you need a lot more sites," Heuveldop said, noting that transmissions in millimeter-wave spectrum often can't travel more than 2,000 feet. "That's when you really run into the zoning and permitting issue big time."

Tower climbers
Heuveldop also said that Ericsson has so far put 600 technicians through its six-week tower climbing training program. Earlier this year, the company opened a "Center of Excellence" in Lewisville, Texas, for just that purpose; Heuveldop said he expects the 26,000-square-foot center to eventually put 800 new tower climbers into the industry this year.

"Tower crews is also a limiting factor [in 5G]," he said. "There are only I think 2,400 or 2,500 crews nationwide, and nobody has been adding capacity into the market."

He continued: "We're really serious about adding high-quality climbers into the market."

Others looking at this issue include the National Association of Tower Erectors and FCC Commissioner Brendan Carr, who earlier this year visited the Tower Installation Program at Aiken Technical College, arguing that such a program should be replicated nationwide.

Speedier manufacturing
Ericsson also is working to move its equipment manufacturing process into the US, which Heuveldop said would help the company iterate on its products more quickly in response to customer requests. The company previously said the job of making its 5G gear would go to Jabil, a US manufacturing partner headquartered in Florida, but earlier this year the company said it now plans to establish its first fully automated smart factory in the US by early 2020.

"It takes cycle time out and it gets you better in tune with the specific market requirements," Heuveldop said of the company's manufacturing plans.

"We have a very clear go-to-market strategy where we don't compete with our customers. We enable them," he explained. "So a private network for us is basically a network that could be delivered as a standalone network by one of our service provider customers or it could be a managed service or managed experience for an enterprise."

Many expect private wireless networks to catch fire among large enterprises in a variety of sectors ranging from retail to oil and gas. Cities, colleges and others could also invest in building their own networks for applications ranging from communications to asset tracking.

Thus, these kinds of private networks could worry wireless network operators that had hoped to sell those services over their own networks -- Ericsson's position essentially ensures that it won't add to operators' concerns on the topic.

Also going to Washington to help clear some of the hurdles for 5G deployments will be somehow seen as a positive approach (you do it or any of your competitors will).

Keep working up and down Niklas.