There is little talk of revenue growth at Ericsson these days. The Swedish vendor's number-one mission, it has made clear, is to restore profitability at its loss-making operation. But that partly means safeguarding the most important deals and protecting market share. In China, it has gone a step further. Entirely on the offensive, it has embarked on a land grab that risks backfiring.

The publicly disclosed details of this plan are straightforward. By increasing its share of business in China's vast 4G market, Ericsson AB (Nasdaq: ERIC) aims to squeeze out rivals before telcos start to invest in the next-generation 5G standard. A newish platform called Ericsson Radio System (ERS) can be "software-upgraded" to support 5G as that becomes available, says Börje Ekholm, Ericsson's embattled CEO. An operator that buys ERS today has an economic incentive to stick with Ericsson when 5G turns up -- or so Ericsson believes. 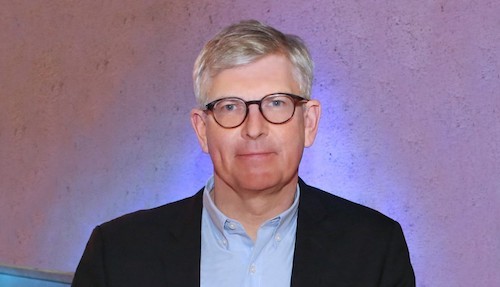 China's size and technological ambition make it hugely important to the world's network equipment makers, the biggest of which are now Ericsson, China's Huawei Technologies Co. Ltd. and Finland's Nokia Corp. (NYSE: NOK). Thanks largely to China, Ericsson's northeast Asian business accounted for a substantial 12% of the 47.8 billion Swedish kronor ($5.7 billion) the company made in overall sales between July and September. China's operators have recently been responsible for much of the global spending on the rollout of 4G networks. They are now eyeing 5G technology, and could launch commercial services in the next two or three years.

Ericsson's latest China strategy has already given a boost to its market share, the Swedish vendor claimed in its latest earnings report. That appeared to have negative consequences for Nokia, which last week partly blamed competition in China for pressure on sales. Yet Ericsson's land grab is coming at a cost. To spur interest in ERS, Ericsson appears to be offering some generous deals to China's operators. In the final three months of the year, it expects its gross margin in China to suffer. (See Nokia Share Price Tanks on Networks Gloom.)

If this does lead to profitable 5G deals in future, then Ekholm will be vindicated. But not everyone sounds convinced. During an earnings call earlier this month, Francois Meunier, an analyst at Morgan Stanley, was concerned to know whether Ericsson is effectively giving away its ERS hardware. "We are preparing for 5G and that will come on top of 4G. It is critical that we establish market share in 4G," was all Ekholm would say when quizzed aggressively by Meunier on the subject.

The analyst's anxiety is perhaps not surprising. Several years ago, says Meunier, Ericsson offered similarly generous arrangements to European customers under former CEO Hans Vestberg. "[Ericsson] gained a bit of market share for a year or 18 months but it didn't work in the long term," Meunier told Ekholm during the earnings call. "What gives you the confidence this time that giving away equipment gives you a lasting market share advantage?'

With that question left unanswered, observers may now wonder if Ericsson is playing a dangerous game. ERS currently accounts for about 55% of total radio shipments, and that figure is expected to hit 100% next year. But convincing customers to use a product is much easier when it is sold on the cheap. Organizations are willing to spend heavily on something they truly value and plan on sticking with for years.