US animosity and the growing likelihood of a no-deal Brexit are threatening to sabotage Huawei's long-standing position in the UK telecom market.

A keenly awaited supply chain review by the Department for Culture, Media and Sport was expected to recommend that Huawei be excluded from the vulnerable core of telcos' 5G infrastructure but allowed to feature in their radio access networks (RANs). Recent developments have thrown all that into doubt and raised the prospect of a complete 5G ban on the Chinese vendor.

During an official visit to the UK this week, US President Donald Trump is expected to repeat demands for the total exclusion of Huawei from UK 5G networks, casting the Chinese company as a bad actor and stooge of Chinese government spies. The UK risks being turfed out of "Five Eyes," an intelligence-sharing club of countries, if it does not accede to US demands. 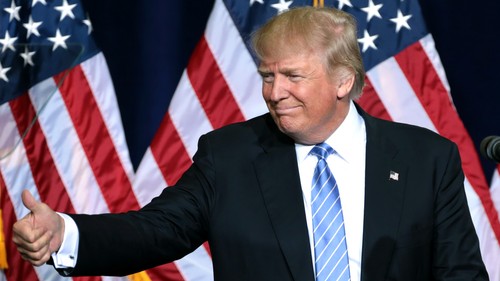 ... but only if it ditches Huawei?

The UK's next prime minister might also be less prepared than incumbent Theresa May -- who is stepping down -- to tolerate any Huawei presence: After failing to win UK parliamentary support for her deal to leave the European Union (EU), May announced her imminent resignation last month. Jeremy Hunt and Sajid Javid, two of the candidates to replace her, have both reportedly expressed concern about Huawei's involvement in the UK.

At stake for the UK is not just access to vital US intelligence. If May's successor is drawn from the ranks of hardline Brexiteers, there is a bigger chance the UK will eventually walk out of the EU with no deal whatsoever. In those circumstances, it may be desperate to forge a closer trade alliance with the US. A favorable deal with Trump might not materialize unless the UK gets seriously tough on Huawei.

As one of Huawei's biggest European customers, UK telecom incumbent BT is already preparing for a possible life after Huawei. Late last year, it confirmed plans to replace Huawei in the core of the mobile networks it acquired in 2016 when it bought the EE mobile business. That move, said BT, would bring EE into line with company rules about keeping Chinese vendors out of core network systems. Howard Watson, BT's chief technology and information officer, recently told Light Reading that BT is in 5G core trials with Cisco, Ericsson and Nokia -- one of which will eventually replace Huawei.

Watson also revealed that BT would "adapt" to any regulatory changes on the radio side. As things stand, BT's RAN uses Huawei equipment in urban areas and gear from Finland's Nokia in less densely populated communities. DCMS recommendations could drive BT to rely more heavily on Nokia or, said Watson, to introduce a third RAN vendor. That could translate into a potential opportunity for Sweden's Ericsson or South Korea's Samsung, the other two non-Chinese RAN vendors with a significant market share.

Regardless of UK regulatory decisions, the Trump administration's recent moves will have unsettled UK and other European operators. The addition of Huawei's name to a US trade blacklist means US companies cannot sell to the Chinese company without a license, which authorities can withhold if they see any threat to national security. If Huawei cannot buy essential components used in network gear, it might struggle to supply its own customers. Last year, similar US sanctions against ZTE, a smaller Chinese equipment vendor, nearly drove it out of business and forced Italian network operator Wind Tre, a flagship European customer, to introduce Ericsson as a second supplier.

Huawei has been stockpiling components and insists it can manage without US suppliers. Last year, it ramped up investment in research and development, and it has channeled more funds into HiSilicon, a wholly owned subsidiary that makes chips used in many of Huawei's consumer devices. The US campaign has clearly persuaded Huawei it needs to become more self-reliant.

In the absence of a government ban, UK operators are likely to resist a swap-out if they are reassured Huawei is not in a ZTE-like position. Vodafone, which uses Huawei's radio gear at 6,000 of its 18,000 mobile sites, insists that replacing Huawei would cost "hundreds of millions" and slow down the rollout of 5G networks. While 5G is not yet widely deployed, Vodafone's rationale is that it would also have to rip out Huawei's 4G equipment, and replace this with gear from the new vendor, to ensure there are no interoperability problems. Finland's Nokia is trying to persuade Vodafone that an "overlay" of Nokia's systems would prevent it from having to ditch Huawei's 4G kit. But Nokia accounts for only 12% of Vodafone's UK RAN, and it is being phased out under current plans.

The operators' message to the government has been clear and consistent: Ban Huawei and 5G could turn out to be a costly and tardy business for British consumers. But with Trump in town, and the UK's future relationship with the US at risk, that message could this week fall on deaf ears.