Corning, best-known for its fiber and optical products, is hoping to make inroads in the wireless industry with its distributed antenna systems (DAS) and small cell business. But analysts say the company is facing stiff competition from smaller, nimble players like JMA Wireless and Solid Technologies.

According to Michelle Engarto, vice president of wireless solutions at Corning, the company's wireless strategy is to provide an "affordable" path to 5G by targeting large venues like stadiums with the company's DAS product and to sell small cells to enterprises that can't afford a full-blown DAS solution. 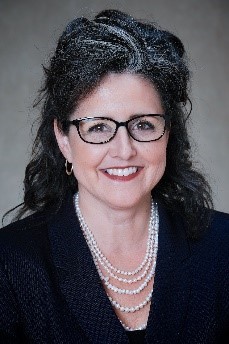 To that end, the company teamed up with Intel in October to work on a virtual platform for Corning's in-building products that will use Intel's FlexRAN software and its Xeon scalable processors. The product is expected to be available in 2020.

The idea behind the partnership is to develop a virtualized, in-building solution that is faster and easier for venues and enterprises to deploy. Engarto noted that Corning has been working closely with the O-RAN Alliance on standards related to the effort. "By working with Intel we can accelerate the timeline to develop a product," Engarto said. She added that a virtual solution will extend the life of the product. "We can give [customers] a software upgrade, a virtualized central control unit."

But analysts argue that Corning is playing catch-up to some of the smaller in-building providers that already have virtualized products available. "I think they are feeling the heat from others, like JMA Wireless," said Earl Lum, founder of research and consulting firm EJL Wireless Research. "Can they quickly come out with a new Intel-based system? How long will it take?"

SpiderCloud integration
Corning acquired its small cell technology by purchasing Milpitas, Calif.-based SpiderCloud in 2017. The idea behind that purchase was to use its reseller channels to drive more enterprise adoption of small cells. SpiderCloud made an enterprise small cell solution that could provide coverage for everything from small buildings to large warehouses covering millions of square feet. Operators like Verizon and Sprint resell SpiderCloud's small cells but the company also sells directly to enterprises.

Lum said that SpiderCloud's advantage was that an enterprise could spend less money per square foot than if it purchased gear from a bigger vendor like Ericsson or Nokia. But the challenge is that operators still need to agree to connect their services to that small cell network.

There are three main types of ownership scenarios for DAS and small cells: those owned and deployed by carriers; those deployed by neutral-host, third-party providers; and those deployed by building owners and managers. Corning's DAS uses the neutral-host model, which Engarto said will always be necessary. "I think a neutral host will always be required for venues like stadiums because they are always so massive and complicated and they are always going to want [support from] multiple carrier[s]."

Plus, Engarto added that in the case of a stadium, wireless operators will sometimes pitch in and help pay for the DAS because they have an interest in providing good service in the venue. But that isn't always the case when using small cells in smaller venues and office buildings. "It's not practical for operators to use that same model in the enterprise," she said.

Targeting affordable in-building products
That's why Engarto believes that finding an affordable, in-building wireless coverage solution for enterprises is such a critical piece of the 5G puzzle. 5G technology, particularly when deployed in high-band spectrum, will not penetrate inside buildings. Further, many office buildings have newer windows that are coated to be more energy efficient, but that coating actually can block wireless signals.

"This space is just developing," she said. "We think a neutral-host solution is affordable and enterprises can maintain it. They can buy it and don't need to hire 20 IT people to run it. That is where we are developing our product line."

But analysts argue that the neutral host model isn't always practical for enterprises because most companies want to ensure that all wireless network operators, from Verizon to Sprint, support the same in-building network. "The DAS company can't automatically connect all the operators. They can't guarantee it. If an operator declines to join, then the building owner isn't happy," said Lum.

Is WiFi the answer?
WiFi proponents argue that many of the current in-building challenges can be solved by the new WiFi 6 standard. That's because the new WiFi 6 standard uses an approach called orthogonal frequency that can more efficiently manage bandwidth, and WiFi 6 routers are supposed to be able to serve multiple clients at once using a single channel.

WiFi 6 is already making its way to the market. WiFi 6 routers are expected to be available for sale soon and Apple's new iPhones already support the WiFi 6 standard.

Corning's Engarto thinks that WiFi 6 will be used in some buildings, but she believes that it will not displace DAS and small cells. "We want to make sure that when someone needs coverage and capacity and reliability that we are providing our customers with the right tools," she said.