Some heavies from the cable industry will be looking to steal some thunder from the 5G hype train that's set to roll into CES next week in Las Vegas.

The move toward HFC networks that can pump out symmetrical speeds of 10 Gbit/s will be a major focus at a session next Wednesday (January 9) titled "The Future of the Broadband Network" at the Four Seasons Hotel, according to multiple people familiar with the plan. Michael Powell, CEO of NCTA  The Internet & Television Association , Phil McKinney, CEO of CableLabs and Tony Werner, president of Comcast Corp. (Nasdaq: CMCSA, CMCSK)'s Technology, Product, Xperience organization, are among those scheduled to be part of the discussion.

Organizers have not announced specifics about the contents of that discussion, but multiple sources tell Light Reading that cable will use next week's CES to put a stake in the ground around "10G" and the 10-Gig nomenclature.

Though it's not clear if cable will go forward with a bona fide branding exercise like it has tried to do with "Gigasphere" (for the initial DOCSIS 3.1 specs) or with "tru2way" (for open, retail-focused, two-way/interactive set-tops and TVs back at the 2008 CES), we're told that the industry does plan to start using the 10G label more liberally when it talks up its vision for the future HFC network. (See CES: Roberts Declares Open Season and Tru2way: Epic Fail at Retail.)

Of course, there's some apples and oranges here. While the "G" in 5G refers to fifth "Generation" of cellular network technology, the "G" to be used in cable's 10G label refers to gigabits. But consumer branding and perception is obviously playing a big part in this, and 10G suggests something that's double that of 5G. So, there you go. The marketing people will be having a field day.

We've witnessed something like this already. It wasn't that long ago that Charter Communications Inc. CEO Tom Rutledge hung his hat on "6G" to describe the company's plan to combine next-gen DOCSIS technologies with a small cell network that relies on a blend of licensed and unlicensed spectrum. (See Don't Laugh, Charter Is Testing '6G' Wireless and Mobile Is No Passing Fad for US Cable.) 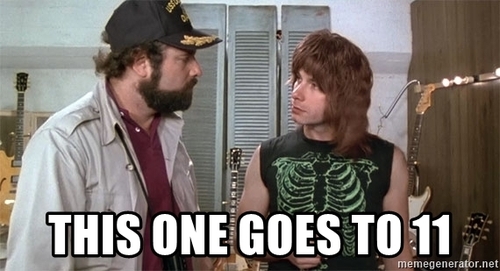 And it's been clear for a while that the cable industry has grown more than a tad annoyed about all the hype and attention 5G is getting, even as the next generation of DOCSIS technology -- Full Duplex DOCSIS -- and potential other alternatives are poised to blow 5G out of the water with respect to raw capacity. New distributed access architectures are designed, in part, to reduce network latencies -- something that's going to be a hallmark of 5G. (See Arris CTO: What's next for DOCSIS? and Cable DAA Debuts Worldwide.)

Powell, who did refer to Full Duplex DOCSIS as the cable industry's "10G" standard at the time, also mentioned that 5G will require lots of wired backhaul, something that cable can provide in spades with its widely deployed HFC networks. And other panelists at the Cable-Tec Expo general session, which included McKinney and Cox Communications Inc. EVP and chief product and technology officer Kevin Hart, felt that the next-generation of DOCSIS is not getting the respect it deserves.

Cable's coming, enhanced focus on the "10G" label and the establishment of the industry's broadband vision for the future, is entering the fray as some providers, including Verizon Communications Inc. (NYSE: VZ) and Starry Inc. , start to use 5G-based, fixed wireless technology to deliver speedy, in-home broadband over millimeter wave spectrum. While some analysts view that as a genuine threat to cable's broadband dominance in the US, most cable operators have publicly downplayed the level of danger that it represents. (See Comcast CFO: 5G No Threat to Our Broadband Business, Broadband Incumbents Should Be 'a Little Bit Nervous' About Starry  Analyst , Fixed 5G a 'Supplement' to Home Broadband, Altice USA Exec Says , Charter Chief Shrugs Off 5G Threat, and 5G Fixin' to Become 'Largest Existential Threat' to Broadband Providers  Analysts.)

While it is expected that next week's cable tech panel will offer a fresh update on product development and deployment plans around Full Duplex DOCSIS, what's not clear is how this group of cable execs -- representing the industry's largest regulatory, technology and service provider interests -- will factor the all-important mobile and wireless elements into the discussion.

Will it include cable's plans involving the shared CBRS/3.5GHz band, WiFi 6/802.ax, or the industry's desire to open more spectrum for WiFi? Perhaps all of them? (See Arris Gets a Fix on WiFi 6, Proposed CBRS Rules Suit Cable's Cause, CableLabs to Host First CBRS Alliance Interop , FCC Tests Show WiFi Can Operate Safely in 5.9GHz Band and Cable Makes Play for 5.9GHz Band.)

Or, maybe in an ironic twist, they'll talk about how Verizon's 5G strategy (Verizon is Comcast's MVNO partner for Xfinity Mobile, after all) might fit into this grand plan? (See Comcast Surpasses 1M Xfinity Mobile Lines.)

Place your bets. We'll find out next week in Las Vegas.

daveburstein 1/5/2019 | 6:33:47 PM
10G when? Good stuff, but Mike Powell may need a reality check. It's highly unlikely a meaningful number of homes will get 10 symmetric in five years and possibly not in ten years.
Reply | Post Message | MESSAGES LIST | START A BOARD

But amid all this hype around 5G, cable seems to be getting be getting together on creating the foundational layer for what it has in mind,  whether its actual Full Duplex and share upstream and downstream in the same spectrum or go with a static approach paired with expanded spectrum DOCSIS that keeps the upstream and downstream separate and is less ops-heavy since it won't need N+0.   Given that field trials are eyed for 2020 full fledged deployments of the baseline technologies is at least 2 years away, it seems. JB