BT Heads to Bristol As It Weighs 5G Plans, Costs

LONDON -- Eager to figure out how a 5G network behaves in the "real world," what applications actually need a next-generation architecture, and how a 5G network might be managed, BT is teaming up with Nokia and the Bristol Is Open initiative for a two-day live trial in March 2018 that will involve up to 5,000 members of the public.

Bristol, a city in west England that is home to more than 450,000 people and countless innovative technology and media companies (such as Blu Wireless Technology, Venture Photonics, Zeetta Networks), has for some time been a live test bed for various transport network, wireless and IoT applications under the auspices of the Bristol Is Open initiative, with BT being one of countless R&D partners.

Now the UK operator is seeking to gain significant insights into the 5G world from the two-day experiment that will take place in Bristol city center. Pre-standards 5G, 4G, 3G and WiFi access networks will all be operational as multiple applications and services are tested over various spectrum bands (3.5GHz, 26-28GHz and 60-70GHz) using a variety of end user devices, including two pre-5G and still sizeable prototype devices (that will gain their mobility by being carted around on golf buggies, apparently). Li-Fi capabilities will also be tested in some indoor environments. (See Eurobites: WiFi's Lightbulb Moment.)

With just two 5G prototype devices, the number of fully end-to-end 5G service tests will be limited, though versions of some potential 5G applications will be demonstrated and trialled using LTE-Advanced Pro (4.5G) radio access, while 5G NR connectivity will also be tested as backhaul connections.

Talking at a media briefing Monday morning, BT's Chief Network Architect Neil McRae noted that BT needs to be able to "do more for less, with less" in the future, and that it needs practical experience of how next-generation technologies will work and interact when loaded with real user traffic. "We want to look at this from an operational perspective... how to manage network slicing... what tools we will need to manage 5G networks that we don't already have and looking at how 5G [capabilities] might be used in the real world beyond enhanced mobile broadband connectivity."

Identifying and implementing the appropriate analytics capabilities will be critical to BT's 5G plans, noted McRae, as well as figuring out "how to get the information out of the network. How to improve telemetry is a key area of focus for BT and then figuring out what information needs to be processed and analyzed in real time and what can be stored and analyzed later. Information is the starting point for 5G -- visibility gives us control." 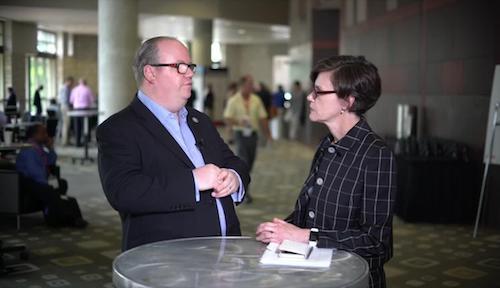 McRae also stressed that it's important to look at the technology as the enabler and be driven primarily by the potential use cases in a 5G world, "and the most powerful use cases come from collaborating with industry... we need to work with government, industry, enterprises to provide everyone with a better understanding of what impact 5G will have on businesses, their partners and their customers." Automation and robotics are at the heart of the applications to be tested, and will involve interactions between humans and robots, between robots and robots, with connected cars and also encompass "immersive experiences," including some involving real-time gaming.

That's one of the incentives to be involved in the Bristol experiment -- collaboration and feedback. "We are looking at Bristol as a way to engage in applied research," noted Paul Crane, head of mobile, wireless and network services R&D at BT's Technology, Service & Operations (TSO) division. Having worked on 5G capabilities in the labs, BT wants to know "what we need to put in place" to enable a slew of 5G applications that require high capacity, high availability and low latency.

He is also looking at: How artificial intelligence and machine learning tools, which BT already uses in its network maintenance processes, could be used in automated 5G management processes; the integration of fixed and mobile network infrastructures all the way to the access edge; and how functions can be more distributed.

BT has already been examining distributed and edge computing capabilities and has already deployed distributed content caches around the UK. McRae noted that BT is now seeing more value in its local exchange (central office) facilities than it did several years ago, as the ability to add compute functionality in those locations "gives us a huge asset to build on," he noted.

But that doesn't mean that all of BT's circa 5,500 local exchanges will become distributed data center facilities: McRae believes about 2,000 will be useful in the long run to house edge computing as well as broadband access systems and "putting edge compute resources in about 100 locations would probably be enough to start."

And while BT has found the CORD (Central Office Re-architected as a Datacenter) developments instructive, "we have a different set of needs" that are being met with developments within Telecom Infra Project (TIP) and through work BT is undertaking with Dell. (See BT, Dell EMC Team on Disaggregated Switching R&D.)

So what happens after the Bristol trial? A great deal of information will be gathered from the two days, noted Bristol is Open CTO Dimitra Simeonidou, an optical technology specialist and professor of high performance networks at Bristol University. She said that services would be run over 4G and pre-5G connections and data gathered to note the difference in performance, network impact and so on. Information will be shared from the experiment with the broader community she added: "We are looking to create a 5G asset for the whole of the UK," she said, though it seems very likely that critical, detailed performance insights might not go much further than the key participants.

For BT, McRae will be looking for insights that can feed into the operator's 5G network planning and cost models. As expected he wasn't willing to provide a figure for how much capex BT would need to build out a nationwide 5G network with distributed NR radio access, edge computing, real-time analytics and ultra high-speed backhaul, but there is, he notes, "a five-year plan, maybe not as good as it might be currently, but we're getting closer to a more defined plan. There's still a lot to understand about how 5G will feed into BT's overall service and architecture plans and we're still looking at that."

Those plans don't include new spectrum license costs, around which there is still a great deal of uncertainty -- not just around the price but also the timing, as BT is currently involved in a dispute related to potential spectrum allocation rules. (See Eurobites: UK Regulator Accuses BT & Three of Erecting 5G Roadblocks and Hot Air: UK 5G Spectrum Dispute.)

McRae dismissed the idea that the spectrum dispute might impact BT's 5G plans. "Anyone who thinks that... doesn't know what they're talking about," he proclaimed.

And if you think that sounds combative, try asking him if he's looking forward to 6G networks... (See When Will 6G Arrive? Hopefully Never, Says BT's McRae.)