He has the hairstyle of a young scamp and an impish smile to go with it. But he's just become the UK's prime minister at a critical moment for its telecom industry. Will Boris Johnson skilfully navigate the good ship Britannia past trade icebergs and toward an all-fiber island paradise? Or will he crash it on the rocky shoals of Brexit?

Most pundits are betting on the latter. The trouble with Johnson, playfully nicknamed BoJo by the press, is that you just don't know. As Mayor of London in a former life, he was a left-leaning environmentalist who popularized cycling, backed an amnesty for illegal immigrants and endorsed Barack Obama for the US presidency. Years later, struggling to decide if a pro- or anti-Brexit position would best support his political ambitions, he eventually plumped for the former, becoming a scruffy ringleader of the Brexit movement. These days he has more in common with Trump than Obama, and not just in the hair department. The US president gushes on Twitter about what a great prime minister BoJo will be. 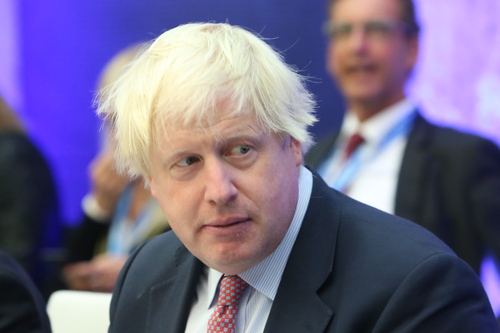 His whimsy makes it impossible to know what BoJo will do, which makes him a troubling prospect for telecom chiefs. Like other business leaders, they are nervous about a "no-deal Brexit" -- an amputation that BoJo thinks may be necessary to escape the trap of the European Union (EU). Unlike other business leaders, they must also worry about Huawei. Depending on your perspective, the Chinese company is either a) a conduit for Chinese spies, intellectual property thief and general rotter; or b) a world leader in next-generation 5G technology and irreplaceable supplier to network operators. No one really knows what BoJo thinks. And it is likely he doesn't, either.

He has said this, according to Reuters: "You would not expect me as prime minister to do anything to compromise the ability of our fantastic intelligence services to share information as they do, particularly with our Five Eyes partners, so that is the principle that will guide us." But this is pure flannel unless one seriously believes an incoming prime minister would offer to compromise intelligence services to keep Huawei in UK business. Not even a jester like BoJo would joke about that.

On the advice of security experts, Theresa May, his predecessor, seemed to think a sensible answer would involve excluding Huawei from the core -- the "brain" of the telecom network -- but allowing it on the 5G radio side. This week politicians admitted to feeling apprehensive about industry consolidation that has left the telecom sector reliant on three giant vendors: Ericsson, Huawei and Nokia. Operators may have to use more than one in future to avoid overdependence, hinted Jeremy Wright, the UK's digital secretary. Fresh competition may be needed, too.

The government has put off a decision on banning Huawei until BoJo has moved his bike, his crockery and his collection of old articles for The Spectator, the magazine he once edited, into 10 Downing Street, the prime ministerial residence. In the meantime, politicians sound as divided over the Huawei issue as they do over Brexit. And it is the no-deal Brexit BoJo may foist on the UK that could intrude on the decision-making process. Ban Huawei and the UK may upset China just as it looks for trade deals with Asian countries to replace the EU's. Allow the Chinese vendor to remain a UK resident and the beautiful friendship with Trump and his anti-Huawei forces could suffer.

Transatlantic ties and some coziness between BoJo and Trump would seem to increase the possibility of a Huawei ban, especially if no-deal Brexit is the political destination. Given Trump's own capricious nature, what cannot be ruled out is a softening of the US position. If a ban happens, it will certainly delay the UK's 5G rollout and drive up industry costs. How damaging that will be depends on whether 5G quickly lives up to the promises of its cheerleaders, which include Huawei.

The Chinese vendor is not the only potential casualty of a no-deal Brexit, though. Even the most strident Brexiteers acknowledge it would cause an economic malaise as the limb of the UK and the main body of the EU are wrenched apart. This would almost certainly hinder the UK's efforts to extend all-fiber networks to more properties. Even now, there is industry concern that consumers are not upgrading to higher-speed services when they become available, prompting Openreach -- the networks part of national incumbent BT -- to slash wholesale prices this week. BT has already warned that dividend cuts may be necessary to fund the rollout of fiber to as many as 15 million properties by 2025. Try explaining to shareholders in a recession why they should pay for networks few people want.

A no-deal Brexit could throw up other obstacles, too. "Where is your supply chain sitting? Where do the components come from?" said Gabriel Solomon, the head of European government affairs for Ericsson, during a recent interview with Light Reading. "It becomes complicated to map out where everything comes from and what authorizations you need to import, and if there are any tax issues. That is an extreme bad case."

A significant chunk of the population appears to have resigned itself to a no-deal Brexit, adopting a very British, wartime attitude of "let's get on with it." The belief is that some relatively short-term economic pain will eventually pass, leaving the UK, like a recovering athlete, in competitive shape once again. Ignoring the fact that livelihoods are destroyed in recessions, this philosophy also assumes that a Brexit-delivered blow to the telecom sector will not have long-lasting consequences. And the broadband gap between the UK and leading European countries is already huge. All-fiber networks are now available to 8% of UK properties, Wright said this week. Coverage was 89% in Portugal and 71% in Spain way back in 2017, according to UK authorities. "We lag embarrassingly in international comparisons of full fiber rollout," said Tom Watson, the deputy leader of the opposition Labour Party.

BoJo is undoubtedly a charismatic figure. Even his short acceptance speech was peppered with the sort of witticisms that have kept him in the public eye against all the political odds. "I know, I know, some wag has already pointed out that deliver, unite and defeat was not the perfect acronym for an election campaign, since unfortunately it spells 'dud,'" he teased. As a journalist and backbench political figure, he proved reliably amusing. But a mischievous humorist is probably not what the UK needs.