5G Still More Like Rocket Fuel Than a Mission to Mars

"Mind the gap" is an automated, verbal warning issued to customers disembarking London's crowded tube trains, lest travelers half disappear into the darkness between the door and the platform edge. The warning could easily be repurposed for today's burgeoning 5G industry, where the chasm between expectation and reality looks just as murky.

Broadly speaking, there are two types of 5G. Because we're talking about technology here, and everyone prefers space analogies to ones about London transport, we'll call the first "rocket fuel" and the second "mission to Mars." As the names imply, the first is a pick-me-up for today's mobile broadband services. The second is the game changer. 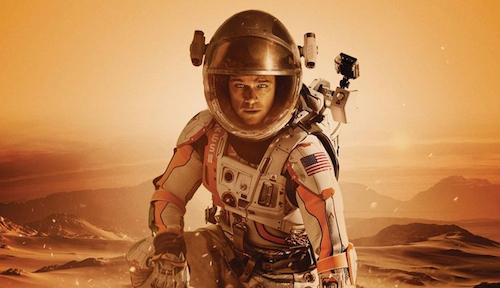 Matt Damon made it look so easy.

"Rocket fuel," in fairness, is actually zooming ahead of expectation. With it, operators would probably use the "non-standalone" (NSA) version of 5G, which means slapping a 5G New Radio (NR) on top of an existing 4G network. This would give them a capacity boost in cities where the voracious appetite for data is hard to sate. After standards bodies went into overdrive on the development of 5G NR specs, numerous operators have talked about launching services next year. Some are even aiming for late 2018. (See 5G Is Official: First 3GPP Specs Approved and 3GPP Approves Plans to Fast Track 5G NR.)

As several operators made abundantly clear at the recent 5G World Summit in London, there is nothing "rocket fuel" can do that 4G can't. It's just better, and that's enough to spur investment in 5G equipment. After all, if you're changing network hardware, you're going to buy the shiniest new stuff, and not something that's spent several years in the warehouse and is occasionally used as a makeshift poker table by Ericsson AB (Nasdaq: ERIC)'s contractors. Leading operators now think 5G is about four times as "spectrally efficient" as 4G. For spectrally efficient, read "lower costs."

So far, so good. But this is 5G in its most underwhelming form. Nobody seriously expects customers to spend more on "rocket fuel" services than on today's 4G connections. And while not to be sniffed at, lower operating costs will hardly set the investor pulse racing.

But a "mission to Mars" could. In this scenario, 5G powers entirely new types of service for businesses and consumers. One of the most hackneyed examples concerns the automotive sector, with 5G apparently needed to prevent self-driving cars from slamming into one another at traffic lights. Another relates to health care: Using 5G connections, doctors could supposedly operate surgical robots and carry out liver transplants from thousands of miles away. (See Does Ericsson's 5G-for-Healthcare Biz Case Need Surgery?)

And this is where it starts to get murky. For starters, to make 5G this versatile in a cost-effective way, operators will need more than just a radio boost. Orange's Emmanuel Lugagne Delpon, who opts for the more prosaic "step two" label over "mission to Mars," is under no illusion about how challenging this will be.

"Step one is pure capacity, while step two is to change the architecture of the core, put computing power at the edge of the network and virtualize," he told Light Reading last week. "That is where the transformation will provide the platform for new use cases, but it is a huge transformation." (See Standalone or Non-Standalone? 5G Trials Will Help Orange Decide.)

The just-finished "standalone" (SA) version of 5G will certainly help, bringing a 5G core to go with the 5G NR. But Orange (NYSE: FTE) frets that moving from NSA to SA might not be easy. In a general sense, virtualization most definitely isn't, many operators would agree, and has thrown up all sorts of problems. What's more, putting computing power at the edge of the network could demand huge investments. (See 3GPP Done With 5G SA Specs. Now the Hard Work Begins and NFV Is Down but Not Out.)

So if operators are going to pull off this transformation, they will need considerable resources and the full backing of senior management. The trouble is, that support won't materialize quickly unless the business case around new services looks convincing. And right now, it doesn't.

UdyRegan 10/11/2018 | 6:20:03 AM
Re: Mission to Mars Consumers are always wanting improvements especially when technology is concerned. However, we cannot simply give in to their needs if resources are running low or go beyond what we expect. Things could get really expensive and even if we can provide what they demand for, will they really be willing to pay for it? Expensive enhancements mean expensive services and not everyone is willing to pay that much just for a small upgrade.
Reply | Post Message | MESSAGES LIST | START A BOARD

kq4ym 7/9/2018 | 8:13:53 AM
Re: Mission to Mars As the mission to mars is an ongoing journey with lots of gaps to be filled, and missions to be defined, the 5G journey will most likely be very similar with lots of dreams and plausible and implausible drawings made up for what might be.
Reply | Post Message | MESSAGES LIST | START A BOARD

schlettie 6/21/2018 | 2:20:09 PM
Mission to Mars The "mission to Mars" arguments for 5G have always been bizarre.  Do you want the safety of your self-driving car to depend on the quality of your cellular connection?  Operating rooms won't have ethernet jacks?  We expect industry to invest tens of billions of dollars so that doctors can perform surgeries from their lounge chairs at the pool?


5G is only going to be a faster mobile Internet access service, just like 3G and 4G.  Consumers have shown near-zero interest in captive services offered by their ISP/mobile service providers.
Reply | Post Message | MESSAGES LIST | START A BOARD
EDUCATIONAL RESOURCES