5G Is Not Among Trump's R&D Priorities

The White House last week issued its annual recommendations for federal spending on research and development, and 5G was nowhere to be found. That's noteworthy considering 5G played a starring role in the administration's recommendations last year.

In July 2018, Trump's White House listed connectivity -- including 5G specifically -- alongside AI, quantum science, American manufacturing, space exploration, energy usage, medical innovation and agriculture as some of the top priorities for US government R&D investments. The administration's recommendations were issued to federal departments and agencies, and covered fiscal year 2020 spending.

"Advanced communications networks, including 5G wireless networks and beyond, will be critical to an increasingly connected society," the administration wrote. "Agencies should support the development and deployment of these networks, including by prioritizing R&D to manage spectrum, secure networks, and increase access to high-speed Internet. Connected systems, including autonomous and unmanned systems such as drones and self-driving cars, rely heavily on robust and secure connectivity to provide novel, low-cost capabilities across a broad range of commercial sectors, including transportation."

The administration noted that autonomous cars and unmanned aircraft were among the sectors that would make use of that advanced connectivity.

However, in its budget recommendations for 2021, issued last week, the White House did not mention 5G specifically. It did though offer comments on connectivity and spectrum: "Departments and agencies should support the development and deployment of advanced communications networks by prioritizing R&D consistent with the National Spectrum R&D Strategy," the White House wrote.

Other priorities from last year -- including artificial intelligence, quantum science and computing, energy and medicine, for example -- did carry over into Trump's recommendations for 2021.

"This is strange," tweeted Democratic FCC Commissioner Jessica Rosenworcel on the absence of 5G from the White House's R&D recommendations. Rosenworcel often criticizes her fellow Republican FCC commissioners and the wider Trump administration. "This is the infrastructure of the future. It should be a priority."

Mick Mulvaney and Michael Kratsios sent Trump's 2020 recommendations. Mulvaney was nominated in 2016 as Trump's director of the Office of Management and Budget. In December of last year he was named as Trump's acting White House Chief of Staff. Kratsios continues to serve as Trump's Deputy Assistant for the White House Office of Science and Technology Policy. Earlier this year Kratsios was approved as CTO of the US.

The White House did not respond to questions about why 5G wasn't mentioned in the administration's latest recommendations. 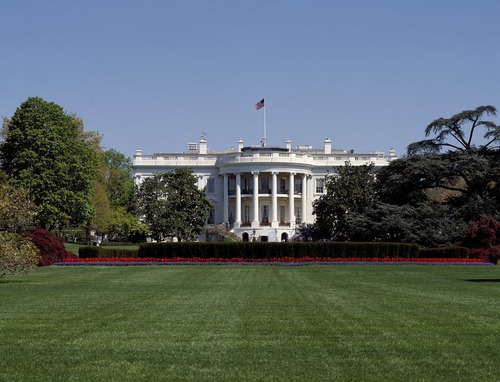 One Beltway insider speculated that the elimination of 5G might be due to an ongoing feud between the Department of Commerce and the FCC. The Commerce Department oversees the National Oceanic and Atmospheric Administration, which has warned that the FCC's move to release 24GHz spectrum for 5G could impact the nation's ability to forecast hurricanes and other weather events. That situation has created a public rift between the FCC and the Commerce Department's NTIA, the federal agency that oversees the US government's use of spectrum.

Indeed, in Trump's 2021 R&D recommendations, there is an entire section devoted to "Earth System Predictability."

"Knowing the extent to which components of the Earth system are practicably predictable -- from individual thunderstorms to long-term global change -- is vitally important for physical understanding of the Earth system, assessing the value of prediction results, guiding federal investments, developing effective policy, and improving predictive skill," the White House wrote in its newest recommendations.

Others in DC argued that Trump's White House has made 5G a priority across all government agencies, from the NTIA to the FCC. Just this week NTIA released its first annual report on its efforts to release more spectrum for commercial uses including 5G. The report was developed in response to a Trump order in October of last year calling for a catalog of the government's use of spectrum and for the country to develop a national spectrum strategy in part for 5G.

The NTIA said its report "shows that the United States already leads the world in spectrum available for 5G technology, and is working to more-than-double the radio spectrum available for the next generation of wireless network technology." The agency specifically noted that the US government had released nearly 5.9GHz that could be used for 5G, and that another 13GHz could eventually be released for licensed 5G networks.

Our nation has made significant progress in making spectrum available for 5G wireless usage, said Douglas Kinkoph, the NTIA's acting deputy assistant secretary for communications and information, in a release from the agency.