Here Are AT&T's 5 Most Congested Markets

California appears to be giving AT&T troubles. According to new findings from network testing firm Tutela Technologies, cities in California represented four of the five markets where AT&T's network shows the most congestion.

These are the cities where AT&T's network speeds are showing the biggest slowdown during peak usage times, according to data crunching from Tutela: 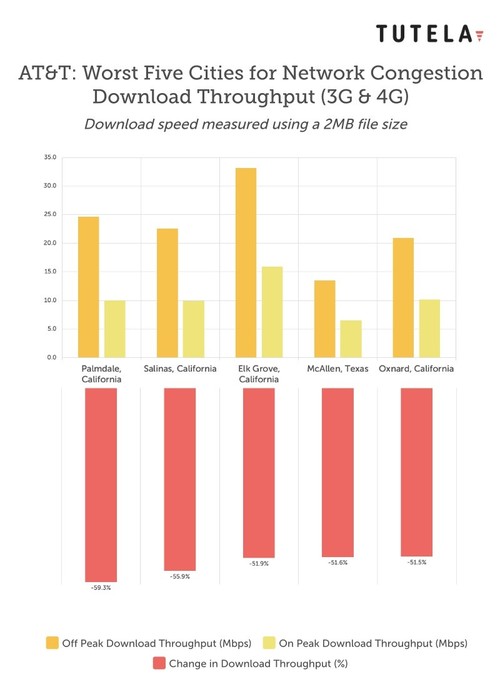 And, just to be fair, here are the markets where AT&T's network is showing the best performance in being able to keep pace with customers' demands: 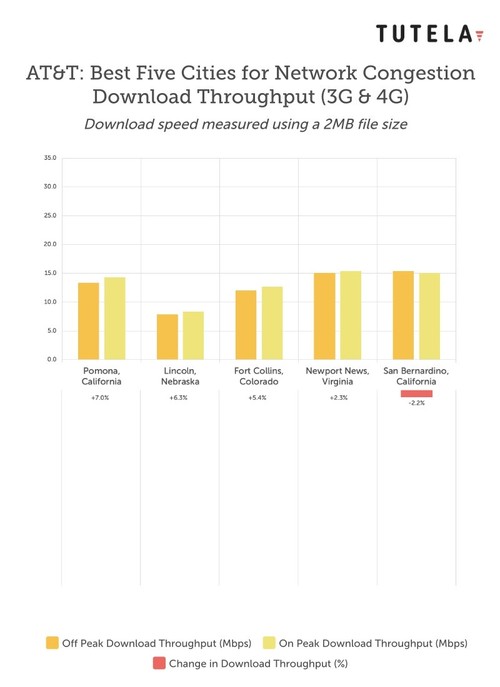 What does AT&T have to say? "We believe the results from the more robust and trusted testing by GWS and Ookla are more trustworthy and representative of a consumers real-word experience. Those results show we have the nations best and fastest wireless experience," the company said in a statement, arguing that Tutela's results are flawed because the company's results are mostly collected at random.

It's worth pointing out that AT&T has only recently embraced network testing results from Ookla. That's because up until this year Ookla routinely found T-Mobile to provide the fastest average wireless network speeds.

Tutela inserts a tiny bit of testing software into some US smartphones. The software runs in the background and actively tests conditions including network speeds. To do this, Tutela works with Android and iOS app developers to get its software installed into their apps, and then that software runs in the background of those apps after mobile users download them. The company collects and sells that data (which doesn't include any information that can identify a user or their device, including email addresses, IDFA, AAID, device ID or IP addresses) and splits the resulting profits with participating app developers. The company counts over 3,000 participating app developers and over 250 million phones running its software.

AT&T's network congestion in its top cities may be due to a mix of the spectrum it's using and the number of customers it serves in each of these markets, according to Tutela. Also, AT&T is heavily using 1900MHz spectrum in its most congested cities. And there appear to be a higher percentage of AT&T customers in these congested markets, suggesting AT&T has a higher market share in these markets relative to other wireless network operators, according to the network testing firm.

Wireless network congestion can be due to a variety of factors, including the number of customers using a given network in a particular location, the operator's network technology there, the types of phones that customers are using, and the amount and type of spectrum that operator has devoted to its network.

If you found this data interesting, make sure to check out Tutela's figures for Sprint and T-Mobile.

And stay tuned because next week we'll publish Tutela's findings for Verizon.