AT&T said it is adding a blimp to its emergency-coverage options for its FirstNet public-safety communications service. The blimp will join three drones that AT&T is already using for coverage alternatives.

Also, AT&T just announced that more than 10,000 public-safety agencies -- totalling a whopping 1 million connections -- have signed on to its FirstNet service.

Helping to drive that momentum: AT&T says it's finished 75% of its FirstNet 700MHz Band 14 network buildout, putting it roughly six months ahead of schedule. That buildout involves AT&T adding Band 14 radios to its existing cell towers as well as constructing some new towers to broadcast Band 14 connections in rural areas. AT&T is also contracting with other network operators, including Viaero and ATN International's Commnet Wireless to deploy FirstNet-capable radios on towers in rural locations across the country.

"We look forward to continuing to work hand-in-hand with public safety and AT&T as we head into a new year of network expansion and growth," FirstNet's Edward Parkinson said in an AT&T release.

Drones and airships
A big part of AT&T's FirstNet story involves the operator's Network Disaster Response (NDR) team, which deploys temporary communications equipment in locations hit by wildfires, hurricanes and other disasters. While AT&T isn't the only operator to manage this kind of program -- and its NDR team isn't exclusive to FirstNet considering it was created in 1992 -- the operator has made NDR a key element of its FirstNet sales pitch.

As AT&T's Chris Sambar noted, the operator's NDR operation consists of 75 different "network assets" spread across 40 sites nationwide. FirstNet customer can request those assets for free in emergency situations, and Sambar said they can be delivered within 14 hours. 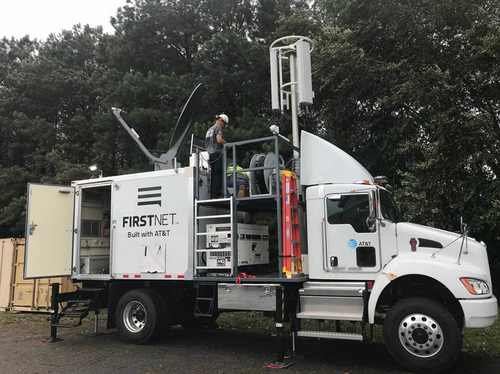 But this year AT&T has been working to add more advanced coverage options to its NDR portfolio. For example, the operator previously announced it would use drones (called Flying COWs for Cell on Wings) for emergency coverage, and today AT&T said it put those gadgets to use for the first time during a recent Santa Clara County Sheriff Search and Rescue exercise drill. 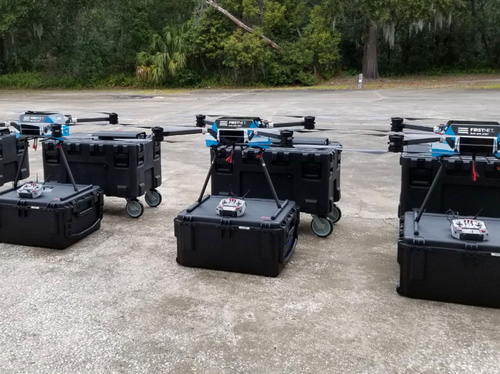 Now AT&T testing FirstNet One, a blimp, in order to add it to the operator's "response fleet."

"FirstNet One is portable and can fly up to 1,000 feet for approximately 2 weeks before needing additional helium top-off, which means it has advantages in altitude and duration. It can also reduce the need for other traditional temporary ground-based assets, such as SatCOLTs," wrote AT&T's Sambar. An AT&T representative said the vendor for the blimp is RTO. "FirstNet One could operate during major disasters like last year's Hurricane Michael, where assets were deployed for 3+ months in the Florida panhandle while recovery efforts were underway." 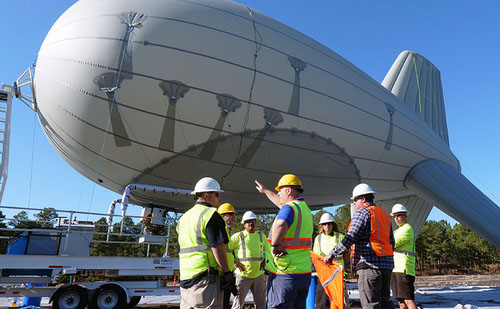 To be clear, AT&T isn't alone in looking for innovative ways to provide coverage. Loon, the high-altitude balloon operation that sprung from Google, just announced its second official coverage contract. Meantime, Elefante Group, Altaeros and SoftBank have been looking at various airborne platforms that could provide additional coverage in emergencies or in rural areas.

Nonetheless, it's clear that cell towers and trucks aren't the only options anymore for receiving LTE service.