AT&T has turned on its 4G service in 14 new markets this week as it looks to keep up the pressure on its main LTE rivals.

The new markets are:

AT&T now says it has 461 live 4G LTE markets. Here's how that stacks up against the competition.

DanJones 11/7/2013 | 10:54:46 PM
Re: A T & T Lots of small towns basically. AT&T is going to come and stand outside your window in Windy, Idaho and blast its boombox about how you should come back to them cos they have LTE now.
Reply | Post Message | MESSAGES LIST | START A BOARD

I tried to grapple with that here: 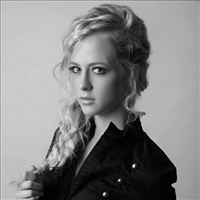 KCICTBUR 11/7/2013 | 2:42:32 PM
A T & T They need to build up their current areas to make them usable before they wander on down the road to other ventures.  Spotty coverage plagues them everywhere.
Reply | Post Message | MESSAGES LIST | START A BOARD