But there's very little consensus on what might be next.

The situation likely comes as a bit of a relief for many show attendees. During North American MWC shows prior to the pandemic  in the very early days of 5G  there were plenty of public proclamations about the "fourth industrial revolution" that 5G would instigate. There was also plenty of hand wringing over whether 5G would actually create new lines of revenue for operators facing billions of dollars in spectrum and equipment expenditures.

Early 5G results were not encouraging, at least in the US. Some operators that tried to charge extra for 5G quickly backed away from those plans. Over time, 5G simply became another mobile add-on alongside streaming video services, hotspot allocations and international roaming options.

FWA as the first big 5G use case

Now, thanks to widespread FWA services powered by midband spectrum, that situation is much different. For example, with roughly 1.5 million FWA customers, T-Mobile is already the nation's ninth largest Internet service provider (ISP). And, according to BroadbandNow, it's also the nation's fifth fastest ISP.

Together, the FWA offerings from T-Mobile and Verizon have  for the first time ever  stopped the cable industry's seemingly inexorable growth curve.

Lately, it's been hard for some US wireless industry executives to keep their 5G swagger to a minimum.

"Great progress, very confident in what we are delivering, delighted with the speeds that we are delivering on in-home broadband," T-Mobile's networking chief Neville Ray said this summer. "I think we are bringing to the market probably the real first 5G use case. Everybody has been hunting for this thing. But in-home broadband, fixed wireless is here, and it's here to stay."

Of course, that's a matter of some debate. Some in the cable industry have described FWA as a "parking lot" for future cable subscribers. They argue that FWA will not be able to keep pace with skyrocketing home data usage, and that today's FWA customers will eventually churn to the cable networks of tomorrow to remain connected.

Nonetheless, the mood here at MWC Vegas  the first GSMA show in Nevada following years of North American MWC shows in Los Angeles  is relatively buoyant. After all, 5G has officially created a big, new line of business beyond smartphones.

And now, MWC discussions have begun focusing on what might be next.

"There's a very good chance that we don't know what the killer app for 5G is," said David Christopher, EVP of business development and strategic alliances at AT&T, during his keynote appearance. 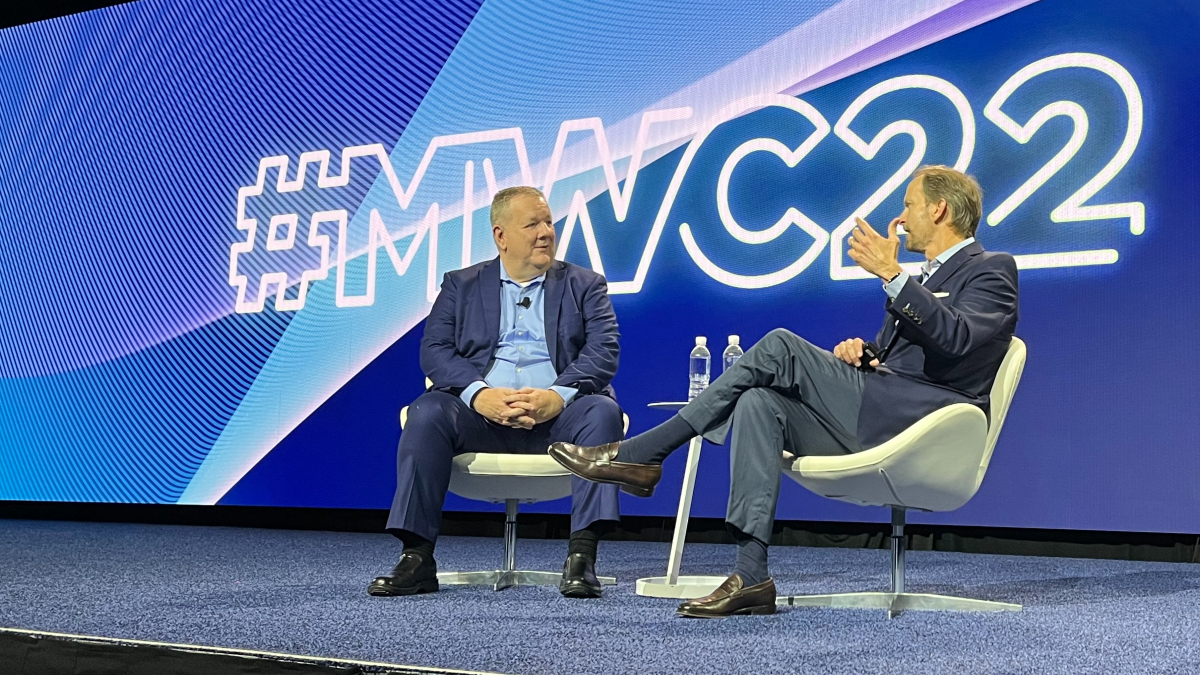 Analyst Roger Entner of Recon Analytics agreed. "We're at the very beginning of our voyage here."

AT&T's Christopher pointed to a handful of market sectors where 5G might make an impact in the coming years, including the Internet of things and the digital divide. But he focused much of his comments on the role that 5G could play in city operations and logistics.

In speaking with Christopher, Entner said one of the most compelling smart city applications comes from Denver, where city planners have set up a system to dynamically route traffic away from schoolyards during recess, in order to improve air quality for children.

AT&T isn't the only company making noise about 5G and smart cities. Indeed, NTT at the MWC show here announced that it is helping to launch a massive private 5G network for the City of Las Vegas. Once deployed, it will "be the largest open, municipal network CBRS deployment in the US," according to Shahid Ahmed, EVP New Ventures & Innovation for NTT.

But other big 5G players have their own ideas about what might be the "next big thing" in 5G. For example, Verizon during its keynote appearance announced that it would supply 5G connections to an Android video game device from Razer. The gadget  to be officially unveiled next month  allows gamers to play games downloaded locally or those accessed directly from the cloud. The carrier's message is simple: Only the speeds and latency of Verizon's 5G network can support cloud gaming services.

Meanwhile, T-Mobile officials argued that enterprises represent the next big opportunity for 5G. "Businesses can take their entire operations online," said Callie Field, president of T-Mobile's Business Group, during her own MWC keynote appearance. Field is the executive in charge of meeting T-Mobile's previously stated goal of doubling its share of the enterprise market from around 10% today to 20% by 2025. "We are ready to untether American businesses," she said.

In pursuit of the goal, T-Mobile this week announced that its new 5G Advanced Network Solutions effort will now build industry-specific solutions for retail, manufacturing, logistics and smart cities. Dubbed Advanced Industry Solutions, T-Mobile said the effort "simplifies the process by managing all the pieces, so customers have only one team and company to work with."

On to the metaverse

Finally, some in the 5G industry are looking to the horizon for the next big use case for the industry. Michel Castaldelli, head of connectivity partnership for Meta (formerly Facebook), said the metaverse remains a major goal for the company. He suggested that today's networks won't be able to handle the demands of the metaverse. He said that Meta believes metaverse applications will require 25 Mbit/s speeds and latency of around 25 milliseconds. He said only 20% of networks globally can handle such requirements.

That may be music to the ears of some vendors.

"We're a very long way from designing networks like that, a very long way," said Ericsson CTO Mike Murphy. He said Ericsson typically designs mobile networks to offer 10 Mbit/s speeds at the edge of the cell, and that metaverse services will require that figure to rise to 100 Mbit/s. Ericsson, of course, sells the equipment that can support such increases.

Thus, it remains unclear whether smart cities, cloud gaming, the metaverse or some other service will rise as the next big use case for 5G. Undoubtedly it will remain a topic of some debate at future MWC shows, including the upcoming one in Barcelona in February of next year.