LAS VEGAS – #MWC22 – Verizon helped kick off an event devoted to the mobile industry by revealing an immobile product.

The new Verizon Receiver, built on Qualcomm's FWA platform, will ship later this year, but Bourne and Verizon's press release did not cite a price.

"It's over 60% smaller and lighter than the previous generation," she said. "It's completely waterproof, so it can be installed indoors and outdoors." 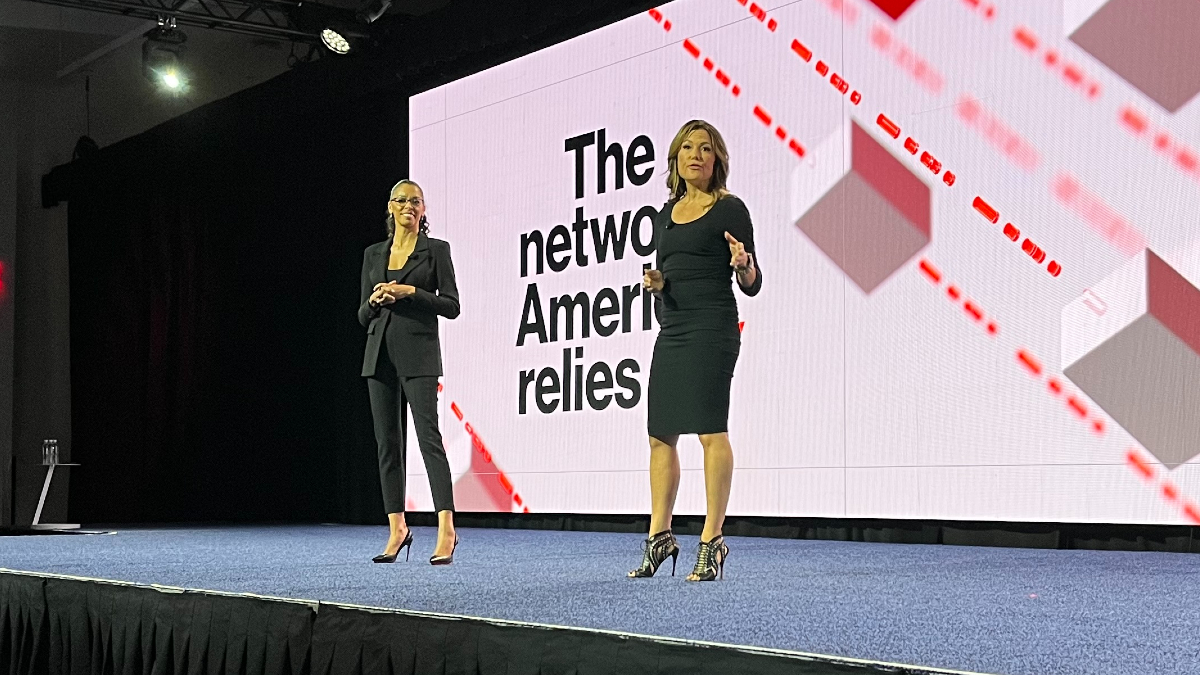 Verizon is also touting a 100% increase in upload speed for the new receiver, although the how of that huge jump isn't clear. Bourne didn't expand on that, and Verizon publicists did not return an email sent after the keynote requesting details.

Roger Entner, founder and lead analyst at Recon Analytics (and also one of the speakers in that MWC opening session), could only guess. "It can be a more efficient modem," he suggested afterwards.

Verizon has used its extensive C-band buildout to undertake a vast expansion of its FWA 5G service, which it says typically delivers download speeds of 85 to 300 Mbit/s and 10 Mbit/s uploads. That had been a mmWave-only proposition before, reaching only an estimated two million households at the end of 2021; Verizon now says it covers more than 30 million homes.

Those smartphone plans, however, have been bleeding subscribers this year even as Verizon has tried to lure customers by adding more plans to an already-cluttered collection of postpaid offerings. That makes FWA the company's major good-news wireless item.

"That's where their growth is," said Entner. "They need a story to tell around growth when they already admitted that they will lose consumer mobility customers this quarter."

Two weeks ago, Verizon CEO Hans Vestberg warned that the carrier would see its third quarter in a row of wireless subscriber losses, saying "We are still going to have a negative net adds on phones in the third quarter" at a Goldman Sachs investor event.

Verizon also used its stage time to offer a peek at the Razer Edge 5G, an Android gaming handheld built around Qualcomm's Snapdragon G3X Gen 1 Gaming Platform. A video offered fleeting views of the device's controls; Bourne did not reveal a price or ship date, but those details may surface at an Oct. 15 Razer online event about the Edge 5G.

Verizon's MWC news wrapped up with the announcement that NFL+ will be on the menu for its upcoming +Play platform, a video-discovery app it unveiled in March to help customers find, sign up for and organize other streaming services.

NFL+, which costs $4.99 a month or $39.99 a year, includes live audio of every game as well as the league's NFL Network and live video of in-market games.