What's Next for TWC

Having snatched Time Warner Cable from Charter's clutches, Comcast plans to do the same things with TWC that Charter did, only more so. (See Charter Goes Over TWC's Head.)

Speaking on conference calls with the press and financial analysts Thursday, Comcast Corp. (Nasdaq: CMCSA, CMCSK) and Time Warner Cable Inc. (NYSE: TWC) executives spelled out their ambitious plans for reviving TWC's cable systems and reputation. These plans include upgrading TWC's under-capitalized networks, boosting its broadband speeds and in-home WiFi networks, accelerating its conversion of cable systems to all-digital service, and rolling out IP video and cloud-based video services, just as Comcast has already done in its own territories.

"That playbook has given us real momentum at Comcast Cable," said Comcast Chairman & CEO Brian Roberts. "That's what I hope we can do for Time Warner."

Similar to what Charter Communications Inc. outlined for TWC last month, Comcast said it "will be investing hundreds of millions of dollars annually to improve Time Warner Cable's networks," upgrading them for "higher Internet speeds and greater reliability," among other things. Currently, TW Cable offers relatively low broadband speeds, topping out at 50 Mbit/s in most markets and 100 Mbit/s in a select few markets such as New York City and Kansas City. In contrast, Comcast offers top speeds of 105 Mbit/s across the country and up to 505 Mbit/s in its key Northeastern areas.

Likewise, on the video side of the business, Comcast said it will "accelerate the deployment of advanced technology and the development of new and innovative products and services for millions of [TWC] customers." Those products and services include Comcast's flagship X1 IP video platform, which offers a cloud-based user interface, programming guide, and VoD service. The lineup also includes Comcast's new cloud-based X1 DVR, which recently launched in Boston.

Like Charter, Comcast also intends to speed up Time Warner Cable's adoption of all-digital service, which has lagged well behind the industry pace. With TWC's all-digital rollout less than 20% completed across the US, according to SNL Kagan , Comcast aims to accelerate that pace so that TWC can roll out more HD channels, more VoD offerings, and higher broadband speeds.

In addition, similar to Charter again, Comcast said it will revamp TW Cable's customer service operation, whose reputation has declined over the past few years. Boasting that it has been "laser-focused on improving customer service and the customer experience" recently, Comcast promised to bring that same focus to TWC.

With regulatory review of the $45.2 billion deal expected to take nine to 12 months, TWC executives said they will focus on carrying out their own revival plan laid out late last month. Under that three-year plan, TWC intends to transform the company's operations by hiking capital spending, accelerating all-digital upgrades, rolling out new cloud-based video products, boosting broadband speeds, improving customer service, and spurring new business services growth. (See TWC: Charter's Got Nothing on Us.)

Roberts said Comcast officials would welcome whatever progress TW Cable can make on its own. "They put out a very specific plan for the year," he said. "We hope they can meet and exceed it."

danielcawrey 2/24/2014 | 2:45:32 PM
Re: Landscape I agree with the asessment on TWC's motives. I'm sure that they had been hearing the siren call about their lack of investments in order to boost profits, but that was only a short term solution.

The Comcast deal will benefit TWC customers who were clamoring for better service.
Reply | Post Message | MESSAGES LIST | START A BOARD 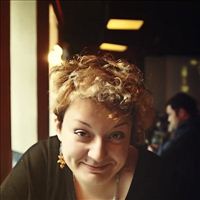 I understand that the markets don't overlap, but there has to be some competition on at least a national scale.  One obvious miss people always make when pointing out the households that ware walking away from cable--they generally are using Internet from the same company.  It just feels like this is an industry that needs some change, althought that is very complex ball to try to unwind.
Reply | Post Message | MESSAGES LIST | START A BOARD

kq4ym 2/15/2014 | 12:18:14 PM
Re: Laser focused on customer service? Talk is cheap of course, and company spokespersons will always brag on what they "plan" to do and the speed at which they say it will happen. I suspect, too that customer service may be "improved" but not in a way that customers will agree is useful. Most likely, service reps will be trained to upsell as their primary goal. Customers will probably continue to have complaints.
Reply | Post Message | MESSAGES LIST | START A BOARD

albreznick 2/14/2014 | 6:13:37 PM
Re: Landscape Good question, Carol. I think the answer is that TWC has been skimping on all these things to save money and boost its short-term profits. So it's basically been coasting on its reputation for some time. But that's all finally caught up with them. And, for some reason, the MSO has never been all that aggressive on the broadband side. Things are really going to get shaken up there now.
Reply | Post Message | MESSAGES LIST | START A BOARD

Phil_Britt 2/14/2014 | 4:48:22 PM
Laser focused on customer service? From those I know who are Comcast customers -- I am not one -- their customer service is a joke. Perhaps it's better than Time Warner's, but now that Comcast will be even larger (assuming the deal goes through), customer service won't get any better, it will get worse. That's the biggest reason I stay with a Comcast competitior in my area.

OTT not really a good option considering the sports that I watch. I don't watch enough to get products like NFL Sunday Ticket, but watch enough that I woudn't want to be without it.

Carol Wilson 2/14/2014 | 4:46:19 PM
Re: Landscape The thing that keeps puzzling me in reading all the coverage of the Comcast acquisition of TWC is that all the things that Comcast is planning to do are things TWC could have and should have been doing and it's not clear to me why they weren't making the investments needed in their infrastructure, customer service and business services.
Reply | Post Message | MESSAGES LIST | START A BOARD

danielcawrey 2/14/2014 | 3:28:12 PM
Landscape Given the changing landscape for cable operators, it seems that this acquistion by Comcast is a way to bring TWC up to the modern standard of service providers.

The way that people consume content is changing. And customers demand service offerind that speak to their needs. It seems as if Comcast has been better capabale of competing in this new on-demand environment.