CenturyLink's pending $34 billion purchase of Level 3 Communications is now apparently days away from completion, as the FCC has restarted its informal approval clock, now set to expire in the next two weeks.

The deal was announced a year ago, and both companies have since weathered stock price woes. The US Department of Justice weighed in a week ago, setting its conditions for the merger. Then the Federal Communications Commission (FCC) issued its letter Wednesday saying it had restarted its 180-day informal approval clock last Friday, making it likely that CenturyLink Inc. (NYSE: CTL) and Level 3 Communications Inc. (NYSE: LVLT) will finally be allowed to combine. (see DOJ Blesses CenturyLink, Level 3 Merger... With Conditions and CenturyLink Splashes $34B on Level 3 Buy.)

Merger plans are well underway at the companies, with management structures in place and a palpable eagerness to get started, especially in addressing the business services market, as indicated in off-the-record discussions with executives at both CenturyLink and Level 3. 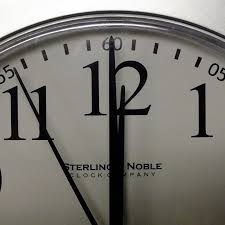 CenturyLink also must get California state regulators' approval but that is expected later this week, after a state administrative law judge issued a decision that the merger was in the public interest.

The FCC letter notes that CenturyLink has "fulfilled their obligations to provide responsive information to the Commission in connection with its requests in this docket, and because most of the supplemental materials had been provided before then, we were able to complete our review of those materials on that date. Accordingly, we are restarting the informal 180-day clock as of Friday, October 6, 2017, making that date Day 170 of the Commission's review."

The first challenge for the combined company will be to convince Wall Street of its potential for success, an effort likely to start when CenturyLink announces its quarterly earnings on October 30. Both CenturyLink and Level 3 stocks are currently hovering above their 52-week lows. (See Investors Flee US Rural Incumbents and CenturyLink Posts Lackluster Q2.)

kq4ym 10/20/2017 | 8:18:09 AM
Re: Is there any industry buzz about this merger Despite all the advertising messages I get in my mail each week from CenturyLink, I do wonder if others besides me are yawning about it's offerings. Sure they have the "for life" offer on TV now of $45 monthly internet, but reading the fine print that's for new customers only. And as noted to "convince Wall Street of its potential for success," for the new expanded corporate organization may be the final hurdle, leading to success, or not so much.
Reply | Post Message | MESSAGES LIST | START A BOARD

JaniceAndRustyWilliams 10/15/2017 | 7:50:20 PM
Re: Is there any industry buzz about this merger Broomfield is a ghost town as well.   With Flatirons Mall having a 60-70% vacancy rate, featuring old abandoned BestBuy, Sears stores, Level(3)'s no better at attrracting talent.  Added to this, Boulder's cost-of-living is among the top 10 MTAs in the US.

Level(3) is however, situated on a golf course property, a status symbol of the 1980s; and very dated.  I asked someone what they do to avoid rush-hour traffic, and they said "We go to Twin Peaks".   Spoiler Alert:  TP is a bar which most reasonable wives may not approve of.  If you pull it up on Google Maps, you'll see that Level(3)'s executive's previous vehicle in the parking lot.Denver is also looking to attract Amazon's second HQ office, that's just going to mean more budgetary problems with attracting talent.  If it really needs to relocate, and assuming Centurylink was smart, the company would relocate whatever it possibly can to Seattle, a town who still allows it to have the company's name on a stadium.

Overall, the corporate campus of Level(3) has something of a 1980s "Ferris Bueller's Day Off" vibe to it; with a 18-hole golf course literally situated on the property; and a 5-star Omni Hotel Resort hotel with a spa for the wife across the street; also on the same golf course.  Basically, if CenturyLink executives want a golfcourse restort to check into before riding off into the sunset with a golden parachute and retirement check, they picked the correct company.

But at the end of the day, The Omaha World Hearld Newspaper ran a story about Level(3) shortly after the merger was announced.  The title of the story is "Level 3, which started with hopes of riches but ended with big losses for most shareholders, will cease to exist".  It's an eye-opening account into Level(3)'s management philosophy.   The article finishes with a disclosure that The Omaha Newspaper is owned by Warren Buffet; but Warren was unavailable to provide comment for the article that was published.
Reply | Post Message | MESSAGES LIST | START A BOARD

JaniceAndRustyWilliams 10/15/2017 | 6:57:52 PM
Re: Is there any industry buzz about this merger It's not a very interesting industry; and is about as interesting of a marget as watching paint dry.   AT&T, Verizon, and Comcast and Google all own their own fiber network.

CenturyLink says this merger will help and assist in providing better service to business customers.  However, and in reality, the Cable Companies' R&D Engine, CableLabs is working on 10G full-duplex internet speeds on coaxial cabling.   Coaxial cable technology, with it's wider spectrum, has rendered fiber and twisted pair copper obsolete.

Basically, it seems that those whom are familiar with CenturyLink and Level(3) wonder if the boards of the two companies decided to merge so the executives could get in a round of golf at Level(3)'s campus headquarters before AT&T or Verizon swoop in to buy parts and pieces of the regulated services business which executives fail to manage because it'd upset their Tee-time around the office.

There's a reason why Anschutz sold his stock in Qwest before it was CenturyLink years ago.  It's not a bad time for other shareholders to do the same.
Reply | Post Message | MESSAGES LIST | START A BOARD

Carol Wilson 10/12/2017 | 12:02:58 PM
Re: Is there any industry buzz about this merger It's hard to argue that the market isn't down on CenturyLink and not really buzzing about this merger, but your assessment of what has been happening internally at CL is excessively gloomy. You say they haven't introduced any new products, but CL was first to launch vCPE, and has had other new services in the market as well. The decision to sell the data center business was not a declaration of defeat in the cloud space but a choice to get out of the real estate market, essentially. CL didn't want to operate the physical data center infrastructure - nor does AT&T or Verizon. It's a separate business from delivering cloud services.

Whether CL/Level 3 is successful will depend, I think, on how much traction they gain in the enterprise space and whether combining their forces there and leveraging L3's global footprint makes a significant difference. There are challenges, to be sure, but there are also opportunities. I know too many smart folks within both companies to simply write their efforts off as doomed.

Without a doubt, CenturyLink's legacy telephone business is struggling. No argument there. It will be interesting to see how the company manages its two separate service strategies going forward.
Reply | Post Message | MESSAGES LIST | START A BOARD

johnsmythe 10/12/2017 | 11:54:59 AM
Is there any industry buzz about this merger I am wondering why there is little industry buzz about this merger. I think its because most of us see two companies struggling within a very competitive, changing industry. First we have CenturyLink, a company unable, so far, to adapt to the competition. Virtually no new products have come out since the Qwest merger and it appears the management has little or no answers to declining revenue. Prism TV has no break even point and the SD-WAN product has been a complete failure. IoT will be very competitive and it will be unlikely CenturyLink has the technical know-how to compete in this space. The Savvis and Tier 3 mergers have to be regarded as a failure (as the sale of the Data Centers have completed) and the foray into Cloud has been a losing venture.

Now we come to Level 3. While the current leadership has improved since the departure of Crow and Waters, we still have a company struggling with revenue, aging OSS/BSS sytems and fierce price compression within the industry. The network is not homogeneous and the problems with missing commit dates are well know.

We can conclude the merger of two struggling companies have no one excited except the execs who will profit from the M&A activity and of course, the vendors who see a larger network to see into. I believe the only path forward is to jettison the aging CenturyLink phone line business and the massive costs to upgrade the network and focus solely on enterprise layer 2/3 services. Prism TV should be abandoned, and the other fruitless cloud efforts abandoned. The company will require at least a 30% reduction in staff to be competitive and a serious look at product consolidation across the board. Finally the company headquarters in Monroe has made it virutally impossible to get top tier talent, so the headquarters should be moved to a livable city where talent is willing to move.