The full list: Here are the actual bidders in the C-band auction

The FCC released a list of entities that have registered their interest in its upcoming C-band spectrum auction.

However, as in past auctions, bidders are only identified by their "bidding entity," making it difficult for mere mortals to determine the company actually doing the bidding.

Brian Goemmer, the founder of spectrum-tracking company AllNet Insights & Analytics, has helped bring some clarity to the proceedings. He provided a complete look at all 74 entities bidding in the FCC's upcoming C-band auction, dubbed Auction 107. The below information is derived from the ownership documents each bidding entity provided to the FCC as part of its C-band auction application.

The bidding entity called "C&C Wireless Holding Company" appears to be a 50/50 joint venture between Comcast and Charter Communications, at least according to the financial analysts at Raymond James, New Street Research and Evercore. Neither company has directly confirmed this to Light Reading in response to our questions.

"We have been asked why Comcast and Charter are bidding together rather than individually; they didn't in CBRS," wrote the analysts at New Street in a note to investors this week. "The most likely answer: the license sizes for C-Band are much larger than CBRS; they don't overlap perfectly with cable franchises. By bidding together, the companies can avoid bidding against each other for licenses that touch both of their footprints. It also isn't surprising given that they have a JV to develop wireless together."

"Cable operators have had success in the past bidding as a combined entity," added the analysts at Evercore, in a report to clients. "Comcast, Cox, and Time Warner Cable bid together under the SpectrumCo banner in the AWS auction in 2006, purchasing an attractive spectrum portfolio at very reasonable prices, and eventually selling that spectrum to Verizon in 2011, obtaining a >50% return and an MVNO deal with Verizon in the process. Given that cable MSOs [multiple-system operators] generally don't have geographically overlapping territories, there's a logic to bidding together, as the individual providers aren't likely to compete with each other for geographically-based spectrum licenses." 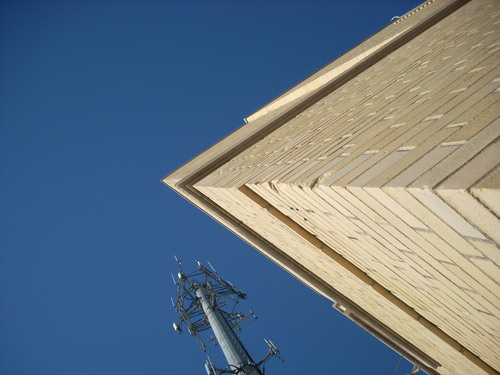 As for the full list of bidders, the analysts at Raymond James noted that the list breaks down into four main categories: telecom (51 entities), cable (Comcast, Charter, Altice and Cox), satellite (Viasat, Globalstar and Xplornet), and 16 others, including Columbia Capital and Radius Capital Partners.

"And we note the continued absence of any Big Tech players attempting to acquire direct spectrum ownership," the analysts wrote.

It's also worth noting that the C-band auction continues to generate controversy. For example, Advanced Television reported that two of the companies relinquishing C-band spectrum for the auction  SES and Intelsat  remain wrapped in a dispute over their participation in the now-defunct C-Band Alliance. SES claims that Intelsat owes it $1.8 billion over the issue, but Intelsat disagrees. However, the dispute likely won't affect the ultimate outcome of the FCC's C-band auction.

Also, no one knows exactly how the C-band auction will turn out. Some analysts expect the event to become the FCC's biggest auction ever. The analysts at New Street believe bidders will dole out a total of $51 billion in bids, about $21 billion more than what is predicted by the analysts at Raymond James. And FierceWireless reported that the analysts at Morgan Stanley Research last month raised their C-band expectations to around $26 billion, with their high-end estimates at $35.2 billion.