The fate of Sigfox was probably not uppermost in the mind of Emmanuel Macron as he fought off a challenge from Marine Le Pen to secure another term as French president.

That warning came in an open letter penned by Henri Bong on April 13.

UnaBiz, the Singaporean company Bong manages, had stepped up with a takeover bid that was "the best on offer," Bong wrote. "The only defect of this project: UnaBiz, because of its nationality, is subject to the IEF procedure," he said.

Whatever behind-the-scenes discussions took place, the UnaBiz offer was not rejected by French authorities, as Bong said he feared.

Late last week, his firm beat off other tenders to secure ownership of Sigfox for the sum  Light Reading understands  of 25 million (US$26.8 million). An apparent condition was a UnaBiz commitment to "definitely guarantee the French sovereignty of Sigfox."

Had Sigfox lived up to its original promise, its sale to an Asian company could have been politically awkward for Macron in the run-up to the election, with the far-right Le Pen securing 41.45% of the vote this time around.

Macron, moreover, was previously reported to be on friendly terms with Ludovic Le Moan, Sigfox's flamboyant but controversial co-founder, who quit the CEO job just over a year ago. A formal discussion (in French) between the two men that took place in 2015 can be watched here on YouTube.

Le Moan and compatriot Christophe Fourtet  still down on LinkedIn as Sigfox's technical director  dreamt of making Sigfox's low-power, wide-area network (LPWAN) technology one of the default options for IoT.

With each successive generation of mobile technology, the mainstream cellular industry seemed obsessed with breaking speed and bandwidth records.

That ignored a huge albeit less glamorous market for basic machine connectivity  the kind needed to hook up smart meters, temperature gauges and asset-tracking monitors. In these sectors, Le Moan and Fourtet reckoned Sigfox was unrivalled.

But it did not work out as planned. As low-cost and efficient as the technology was, it relied on unlicensed spectrum  subject to interference  and was a proprietary option in a market where standards have become the norm.

The cellular industry soon responded with NB-IoT and Cat-M, otherwise known as LTE-M, hurting Sigfox's appeal. A further challenge came from LoRa, a non-cellular competitor. Sigfox also put a heavy squeeze on the operators licensing its technology, demanding a 40% share of service revenues.

It is not just Sigfox that has struggled. The entire IoT sector has developed more slowly than the industry once expected. Back in 2011, Cisco predicted that 50 billion devices would be connected to the Internet by 2020, even without technological advances.

In November last year, Ericsson's latest mobility report estimated there were about 30.2 billion IoT connections overall, and that only 2.1 billion of these used wide-area technology. An Ericsson chart suggests the share taken by NB-IoT and Cat-M is fewer than 200 million.

At the very least, however, Sigfox was guilty of misleading the industry about its growth. In 2016, the company boasted there were about 7 million devices on its networks globally, a figure that reportedly rose to about 10 million by the end of the year.

But this number subsequently turned out to be the amount Sigfox had agreed to support in contracts. The real number of supported connections was only 2.5 million, Sigfox acknowledged in early 2018.

It has grown since then, but not enough to justify the $308.4 million that Sigfox  according to Crunchbase  has received in overall funding. Today, the company's website claims there are 20 million "registered devices" on Sigfox networks.

Reporting annual revenues of just 60 million ($64.3 million) back in February 2019, Sigfox had to sell its own German network to Cube Infrastructure Managers in late 2020 to keep operations afloat. Cube also took a controlling stake in Heliot, which owns and operates Sigfox networks in Austria, Switzerland and Lichtenstein.

Early this month, Sigfox also filed for bankruptcy in the US, where its US affiliates hold nearly $150 million in debt, and have assets valued at about $85 million.

Plans for a sale of the French network were apparently drawn up before Sigfox filed for insolvency. In its statement, the company blamed that move on the "slower-than-expected adoption cycle for its technology," saying this had grown worse amid the COVID-19 pandemic and recent component shortages. Debt levels made it difficult to speed up development in such a competitive market, it noted.

Why, then, would UnaBiz be willing to spend 25 million ($26.9 million) on a takeover? Bong did not reply to a message requesting an interview about his plans, but UnaBiz clearly has skin in the game as a prominent Sigfox licensee.

"The incentive for the Sigfox operating companies to get something sorted out quickly was strong," said Tom Rebbeck, a partner and the head of IoT research for consultancy and analyst firm Analysys Mason, on a Teams call.

The real interest, then, is likely to be in Sigfox's technology smarts.

"The Sigfox model blurred the boundaries between intellectual property, network hardware and operator ownership  Sigfox kind of merged all three together," said Rebbeck.

A sensible next step by UnaBiz would be to split out these different components and focus on licensing the intellectual property to manufacturers of basestations, operating companies and device makers, he reckons. 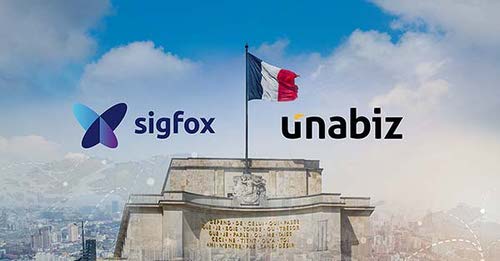 The difficulty may be offloading the unwanted baggage. As previously noted, UnaBiz appears to have given assurances to French authorities that could be an obstacle to a divestment or even layoffs.

"Upon handover, UnaBiz will safeguard 110 existing employees on a total of 174 and make financial and operational assessments to protect the firm's assets, books and, most importantly, mission-critical network and backend systems, to address customer concerns," it said.

A danger is that Sigfox fast becomes a deadweight for UnaBiz. Even after cutting 64 Sigfox jobs, Bong's company would have to shoulder operating costs of about 7 million ($7.5 million) a year including the bill to run the French network, according to a reliable source.

And UnaBiz looks small next to Sigfox, with an estimated 50 employees (although LinkedIn data puts the number at 77) and just 1.4 million sensors in commercial deployment worldwide. According to Crunchbase, it has raised $39.5 million in funding since Bong founded it in 2016. How it is funding the Sigfox deal is unclear.

One point of interest is the firm's relative agnosticism about IoT connectivity. Besides relying on Sigfox, UnaBiz sells LoRa, NB-IoT and Cat-M technologies, according to Rebbeck.

He is intrigued by a remark saying "UnaBiz and Sigfox will strive towards the convergence of LPWAN" in the statement on the deal. That is something Sigfox previously proposed doing with Telensa, a rival IoT player.

"A few years ago, they had an announcement talking about unifying their ultra-narrowband technologies, turning them into a normal standard and then licensing it out," said Rebbeck.

"Nothing else happened on that, but is this a question of rekindling it, or are they thinking about how Sigfox could work alongside LoRa? UnaBiz has got experience of working with those different technologies."

Whatever its intentions, managing Sigfox will be risky. As a six-year-old startup, UnaBiz has no real experience of restructuring or mergers.

Following a series of bust-ups between Le Moan and senior executives over business strategy, Sigfox has lost much of its original talent, its headcount having plummeted from around 425 people globally back in late 2019.

Remaining staff are thought to include numerous believers in the original Sigfox mission, unwilling to compromise or adapt. Wherever all this goes, the last chapter in the Sigfox saga has yet to be written.