Amazon says that Sidewalk, which was unveiled on Wednesday, will have more range than Bluetooth and use less power than 5G.

Amazon introduced Sidewalk at its annual hardware conference in Seattle. The company is testing the protocol in Los Angeles, sending Sidewalk-enabled devices to 700 employees of its subsidiary Ring. The company claims the network now covers the whole Los Angeles Basin.

"We're going to build a reference design called Ring Fetch -- a dog tracker that will use Sidewalk and ping you if your dog leaves a certain perimeter," said Dave Limp, senior vice president of devices for Amazon at the event Wednesday. "This will be coming next year," he added. 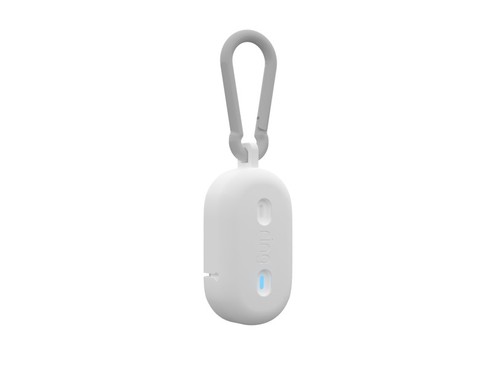 Amazon's wireless dog-tracker is a proof of concept for the Sidewalk wireless IoT protocol.

Why this matters The Sidewalk protocol will be a rival to other LPWAN offerings like NB-IoT and Sigfox. Like the Sigfox protocol in the US, Sidewalk uses the ISM 900MHz unlicensed band. NB-IoT uses licensed spectrum.

Amazon has been edging more and more into telco-related technology. Amazon's Kuiper Systems is a planned satellite-based mobile broadband system and Terragraph is a last mile wireless technology.