The outlook for specialist IoT technology developer and network operator Sigfox has weakened following an exodus of senior employees this year and, according to a source close to the company, as financial difficulties mount.

Several management executives have left the French company in recent months in the wake of a power struggle between Ludovic Le Moan, the CEO and co-founder, and his former deputy Xavier Drilhon, according to a source close to the matter.

The Toulouse-based firm, whose technology provides network connectivity for smart meters and other devices that do not require much bandwidth, is in danger of running out of funding by June and may fall dramatically short of revenue targets this year, according to that source. 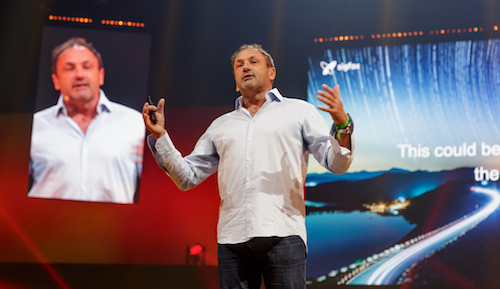 Sigfox generated just 30 million (US$36 million) in revenues in 2016 but has punched above its weight in the publicity game as one of a small number of players developing technologies that could potentially support billions of IoT device connections. (See Sigfox to Go Public in 2018  Report.)

Backed heavily by French investment funds, Sigfox has previously raised a total of about $300 million, including 150 million ($179 million) from some high-profile investors this time last year. (See Sigfox Defies Critics to Raise 150M in Funding.)

But it is rapidly burning through those funds as it races to build networks and meet its payroll costs, which have risen sharply after a huge increase in staff numbers during the past two years, according to Light Reading's source.

The company is now understood to have more than 370 employees on its books, up from fewer than 200 about two years ago.

In the meantime, revenue growth appears to have fallen below expectations. Sigfox was said to be aiming for about 60 million ($72 million) in revenues this year but will probably end up with just half that amount, putting sales at roughly the same level as in 2016.

A separate source, who previously worked for a Tier 1 cellular operator that held discussions with Sigfox, told Light Reading he also believes the French company is struggling to stay afloat.

Le Moan and Drilhon are said to have fallen out over the company's long-term strategy, with Drilhon urging an overhaul of the current business model. Having joined Sigfox in mid-June 2015, he left the company in March this year.

In an exchange of LinkedIn messages with Light Reading, Drilhon confirmed that he left Sigfox because he had "different views from the founders on the way to organize the company." He declined to comment further for "professional" reasons.

Nevertheless, since his departure, several other management figures have also quit or been forced out, including: Thierry Siminger, the former president of Sigfox's Middle East and Africa business; Remy Lorrain, previously vice president of operations and networks; Stuart Lodge, who was the executive vice president of global sales; and Thomas Nicholls, the erstwhile head of communications.

Siminger also responded to LinkedIn messages from Light Reading, confirming that he left Sigfox in May "on a major disagreement with the top management on the company strategy." Like Drilhon, he would not discuss the matter further, citing "ethical" reasons.

At the time of Siminger's departure, Sigfox suggested that he would not be replaced. "A team of regional directors has taken the leadership in Africa and the Middle East to pursue the expansion of Sigfox's global network in this strategic region," said a company spokesperson in an email sent to Light Reading. (See Sigfox MEA President Hits the Road, Jacques.)

While Lorrain, Lodge and Nicholls did not respond to Light Reading's approaches, all have updated their LinkedIn profiles to show a change in employment status.

Is it normal that people move in and out of the companies ? Yes

Was the change in most cases for the better ? Yes.

Please bear in mind that finding senior experienced people with fresh, startup spirit, wanting to do revolutionary things is one the toughest HR tasks.

2. Is the sales bellow expectations ? Yes.

Is it normal doing revolutionary things to underestimate time it takes to change people¨s minds and business models ?

3. Does the technology work ? Yes.

Time and time again customers after trying Semtech/LoRa come to us and switch to Sigfox. Sigfox cannot do everything. It is not "universal IoT network". But what is does it does perfectly, reliably and securely.

We are launching tens of B2BC use cases this and next year in utilities, logistics, security, and insurance.

How many TV, online and print campaigns for solutions based on LoRa have you seen ?

And four more TV campaigns by big brand names for Sigfox based solutions are in the works...

4.Does Sigfox do everything perfectly ? No.

As with any other revolutionary startup mistakes are made. What is important is, whether they are reflected and fixed.

Sometimes it seems to take ages.

But big progress was made in module prices and availability, support for device makers through build.sigfox.com, availabiliy and price of devices and solutions (over 400 devices at partners.sigfox.com), support, ability to buy connectivity immediately online, support of Sigfox by more than 200 IoT Platforms, geolocation, documentation, etc.

There are things that need to be simplified and improved.

But current Sigfox management is aware of that, and is actively working on it.

Disclaimer: I am co-owner of SimpleCell, Sigfox operator in Czech and Slovak republic. preparing expansion and coverage of missing territories in Central Europe.

IOTNOW 12/4/2017 | 8:51:54 AM
Re: The Hype!!! Well I am glad that you feel I do not know anything about business or IOT, nor investing. SInce you are such a great expert in all of these things, tell me why are the press picking up on this, and why does the top execs of the company jump ship? Oh yes, they were under performing, yes makes sense to invest so many years, and then only after years do they fingure they are nder performing......

As they say in the big book, it aint over till the fatv lady sings.....

BTW having a network, does not constitute having an AP in a few Regus offices in a city!!

Clearly, you are not an investor in anything and have no idea about any business model.

Claiming that all investors in Sigfox and its partners are part of a Ponzi scheme is a real joke.

What we have been through, I think any investors do 10 times more due diligence on start-ups than any other companies, spent way more times studying business model than throwing money to a Maddoff for a quick return. Investors in start-ups have a long term strategy, either as a potential customer of the technology (such as Total) or as partner to it ( such as Salesforce) or simply want to be part of a revolution.

Amazon lost millions the first 10 years and nobody believed in it, press was mocking the company results but the investors, because they understood the company would change the world.

So calling yourself IoTNOW and not being able to understand that LPWAN opens the door for connecting anything, 20x more things than smartphones with a recurring revenue business model (which is not $1/year/device everytime by the way), then i think you need to change your name to may be M2M2000.
Reply | Post Message | MESSAGES LIST | START A BOARD

IOTNOW 11/29/2017 | 10:10:21 PM
The Hype!!! Sigfox has mastered the use of the media in order to create a lot of interest around a sub standard LPWAN solution. This has created a 40 X revenue multiplier for themselves when attracting investors. Now, what round of investment are they at? F, or G? Raised 300 Million over how many years, and have not turned a profit as of yet??? Lets put the 300 Million in my bank ccount for a moment! They say that they earned 36 million......on how many connections? Also what was the revenue split with their local partners in each country? OK so it was 36 Million, they have 300 employees at present, and growing. At 120,000 USD revenue genrated per employee, and the average salary per employee not less then 60-70 K, This seems a little shy, after almost 9 years in the technology sector.

What has gone on inside Sigfox, only the actual individuals know the truth, but that somethng smells fishy in Denmark....... this is a fact!!!

BTW, has anyone ever done the math on the business model? 1 dollar a year per connection, and the base stations cost how much? and the backhual, and tower rentals? and the employees to run the equipment? Oh has anyone mentioned that the amount of base stations needed to have real coverage in urban areas far exceeds the marketing hype that Sigfox claims. (oh but it was in the press release so it must be true) People need to start doing some math, and understand what the meaning of Ponzi is........

- I see now 36 countries launched with strong Sigfox coverage, then South Korea just signed up as 37th with expectations to have 60 top countries by end of 2018. I would even expect a couple more before end of year...

- I see an ecosystem of partners that doubled in just 1 year, building amazing solutions.

- I see locally in ANZ, exponential projects in the pipeline and Sigfox has become the de facto go to guys for the internet of simple things.

So, having few exec, most of them asked to leave, because they are not performing to expectations or not aligning with the business is pretty healthy.I much prefer that than people staying for 20 years in the same company, reaching the top and not moving from there. You always need new blood to keep going strong, specially when you are a grown-up fighting mammoths.
Reply | Post Message | MESSAGES LIST | START A BOARD

Wosylus 11/29/2017 | 2:57:00 AM
Sigfox Germany runs great ++ My feel someone puts a bit a pessimistic view on Sigfox in here. What I can tell out of Sigfox Germany view it runs more than perfect.

We (Sigfox Germany) started with me in March 2016 and we have grown to a strong and experienced team of 17 persons today.

It is remarkable that we build up the network here from 0 to 60% coverage in only 14 month. My feel is that we are talking about a world record speed here.

On the business side it is more than brilliant, project on project. It's unbelievable I haven't seen such a customer pull in my 18yrs biz history before. This means we are HIRING...HIRING. In case you are interested please contact the Munich Sigfox Team, we are waiting for you!