The IoT division of General Electric is showcasing real-world results at this year's conference, which comes amid a tough year for the parent company and new leadership at its helm. GE jumped into IoT about six years ago, becoming one of the first big industrial players to embrace so-called digital transformation to make enterprises more efficient, productive, and agile. It has poured billions of dollars into the effort, where it's vying against established and startup rivals. (See GE Keeps the Lights on With IoT.)

CEO John Flannery, now in only his third month at the helm of GE, acknowledged the challenges the company is taking on in this effort.

"We are not talking about marginal changes around the edges. This is about quantum, meaningful improvement in industries and people's lives all around the world," he said in a keynote address. 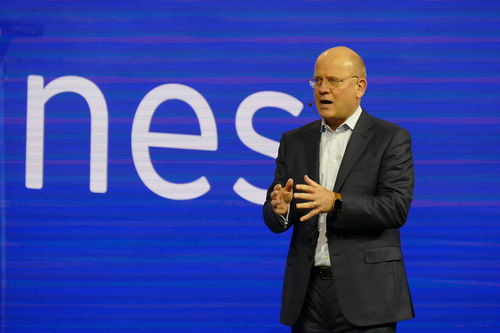 In its IoT effort, GE has taken on decades worth of legacy technology in its own installed base of products and across most heavy industries. Integrating the Predix platform and other new tools with what's already in place has presented a steep challenge in some cases, leading to a "time-out" for Predix in May and June to fix bugs and add necessary features, according to a Reuters report.

The company says it has more than 1,000 Predix customers and 100% growth in orders year-over-year. But Flannery, who has vowed to make sweeping changes throughout GE, said Wednesday that the Digital business is now focused on the six vertical markets GE knows best: energy, oil and gas, aviation, health care, transportation, and mining. In other industries, it will rely mostly on partners to bring solutions to market.

As it announced new tools at Minds + Machines, the company painted a more complete picture of a set of technologies designed to help enterprises take on these challenges.

A few of those enterprises talked about how they are using Predix and related applications. The Australian airline Qantas showed off FlightPulse, the first 100% Predix app for mobile, which runs on iOS. (Apple and GE announced a partnership for Predix on iOS last week.) The app lets pilots see how much fuel was burned on a flight and how much they saved by using a certain fuel-saving procedure, such as shutting down jet engines while taxiing to the gate. Qantas says 1,700 pilots are using FlightPulse and Predix has allowed it to save 30 million kilograms of fuel.

The New York Power Authority, the energy utility for New York State, has used Predix's feature for building "digital twins" of certain assets to create twins of 10,000 buildings owned by its customers. Digital twins can be used to model performance metrics like energy usage and predict the effects of changes. Another utility company, Exelon, said it uses Predix to make more precise predictions about how a storm will affect parts of a Chicago power grid and deploy crews more efficiently and safely.

In keynote sessions on Wednesday, GE Digital highlighted applications that run on top of Predix and manage things like assets, operations and field service. Some of the additions to that lineup are available immediately and others will roll out into next year.

Asset performance management (APM), which consumes and analyzes readings from equipment like jet engines and wind turbines, is where GE's digital capabilities began. APM is designed for making assets more productive through capabilities including predictive maintenance, reduced downtime and optimal operation based on real-time peformance data.

Now the company is adding operations performance management (OPM) software so enterprises can also analyze the way they work as an organization and use those findings to become more efficient. It also announced enhanced field service management (FSM) software, based on technology GE Digital acquired when it bought ServiceMax last November. (See GE Buys ServiceMax in $915M Cloud Play.)

These three functions -- APM, OPM, and FSM -- can work together to make enterprises more efficient and productive, GE says. Among other things, the automated service software could take data from a digital twin, which can predict when a piece of equipment is likely to fail, and schedule technicians and parts deliveries to fix it first.

Also at the conference, GE announced that customers will be able to run Predix on Microsoft Azure on Nov. 30. Predix is already available for Amazon Web Services.

And the newly announced Predix Studio, a new development environment, is designed to let enterprises and partners to create Predix-based applications without having to know how to code. The company demonstrated the creation of an app that combines data from an enterprise resource planning application and several other sources. Predix Studio wrote all the underlying code by itself.