Huawei should not expect harmony, whatever it calls its OS

Given the sad state of relations between Huawei and the West, HarmonyOS seems either hopeful or ironic as the name for the Chinese vendor's new device operating system. It was first released in mid-2019, when US sanctions were raining down, but had its latest refresh this week. That update is critical. HarmonyOS was previously limited to smart TVs. Now it is spreading into smartphones and all manner of connected gadgets.

For Huawei's own smartphones, it represents an alternative to Android, the Google-backed operating system that powers just about every non-Apple handset in the world. Android is supposedly an "open source" technology under no entity's control. But US sanctions prohibiting the sale of American technology to Huawei have effectively blocked its access to the Google apps that are such an integral feature of any Android phone. Some experts think HarmonyOS is basically a forked version of Android, minus the obvious Google bits, although Huawei has previously denied this. 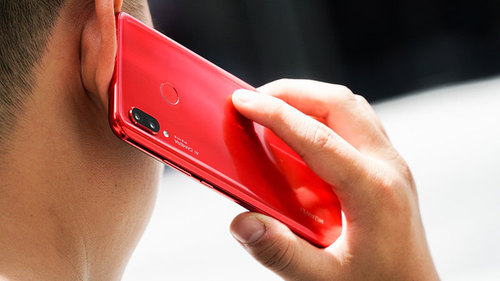 HarmonyOS seems unlikely to find peaceful coexistence with the US.

Quizzed this week about its origins, Huawei described HarmonyOS as a commercial tool based on open source technology. While incompatible with Android, it can support some existing Android apps, said a Huawei spokesperson by email. "Huawei has abided by the relevant open-source licensing rules."

The data Huawei has already shared is impressive. HarmonyOS already has the world's third-largest app ecosystem, it boasted in March. "As of today, there are more than 300 application and service providers, over 1,000 hardware manufacturers and at least 500,000 developers in the HarmonyOS ecosystem," said Huawei's spokesperson. Its targets sound just as lofty. By the end of this year, Huawei reportedly aims to have HarmonyOS running on 200 million smartphones as well as 100 million connected gadgets developed by other companies.

Yet a new operating system is probably not the restorative its own smartphone business really needs. A much bigger problem than loss of access to Google's software is being cut off from TSMC, a Taiwanese chip foundry that uses American technology inside its fabs. Alternatives to TSMC's state-of the-art 5- and 7-nanometer designs simply do not exist for Huawei. And without them, Huawei's top-end smartphones cannot compete against the very best from Apple, Samsung et al.

Sanctions have already been crippling, according to analysts. Last summer, before the latest sanctions came into effect, Huawei claimed about a fifth of the international market for smartphones, according to data from Counterpoint Research. By the first quarter of this year, its market share had slumped to just 4%.

Even the Chinese seem to have been abandoning Huawei. Its first-quarter sales in China were a third less than it shipped in the previous quarter, says Counterpoint. The winners have been other Chinese brands such as realme, Oppo and Vivo, none of which currently features on the same US trade blacklist that names Huawei.

Adoption of HarmonyOS by those firms and other smartphone brands would give it a better chance of competing against Android and Apple's iOS and establishing itself as a third global operating system. Yet no other organization has previously been able to pull this off, despite some concerted efforts. And missing from this week's update was any mention of a partner. All the HarmonyOS devices listed in the release were developed by Huawei.

Unfortunately, the success of HarmonyOS against these odds would probably not make a huge difference to a business that generated revenues of about $137 billion in its last fiscal year. Google is reckoned to have made only $31 billion in sales and $22 billion in profit from Android between 2008, when it was released, and 2016. Apple does not break out iPhone app sales but recorded $53.8 billion in revenues from all software and services last year. The other $221 billion came mainly from hardware.

HarmonyOS could potentially thrive as an operating system for the "Internet of Things" (or IoT), the hackneyed umbrella term for everything from a connected fridge to a self-driving, 5G-enabled car. This nascent market is still very much up for grabs and could turn out to be a money spinner if the sheer volume of connectable gadgets is any guide. Nor do parts of it need the sophisticated chips that TSMC makes.

In all likelihood, HarmonyOS will remain a largely Chinese phenomenon, though. If they were spooked by the use of Huawei's boxes in telecom networks, Western governments will be terrified by thoughts of an Internet of Things with Huawei in the software center. New security laws designed to curb the influence of China and Chinese companies seem bound to keep any HarmonyOS insulin drips, vehicles and factory robots on the outside of many countries.

The question then is how big HarmonyOS could become. The battleground is Africa, parts of eastern Europe and developing Asian markets where governments are either on friendly terms with China or unaligned with the US. China has already used commerce as a springboard to power and influence in much of the developing world. As the US retaliates, the IoT era threatens to bring a 21st-century equivalent of the Great Game, the moniker for the 19th-century clash between Britain and Russia in Afghanistan and central Asia. Harmony is probably not on the agenda.