Just months after Plume raised $270 millionn from an "E" round of funding, the smart home software and analytics specialist dipped into the equity market again, this time pulling out a $300 million from an "F" round led by SoftBank Vision Fund 2.

The new round takes Plume's grand funding total to nearly $700 million, and establishes its valuation at $2.6 billion, according to the company.

Plume said it will use the funds to drive overall growth, particularly in areas that span R&D, sales and marketing, new partnerships and even some acquisitions.

"We're going to do a number of acquisitions to [obtain] R&D capability," as well as talent, Fahri Diner, Plume's CEO, said. 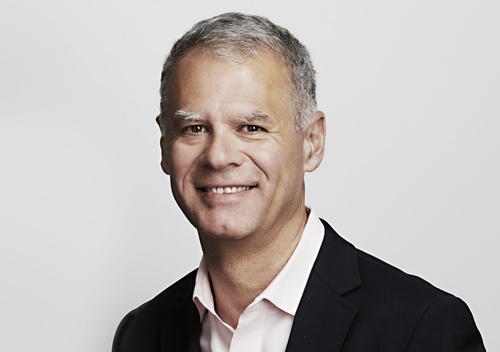 Plume's potential M&A targets will cover 'everything up and down the stack,' including companies that can expand Plume's cloud, data and AI capabilities, CEO Fahri Diner says.
(Image source: Plume)

While some M&A targets could be revenue drivers for privately held Plume, that won't be the primary focus. Instead, Plume intends to look at "everything up and down the stack," Diner said. That, he added, could lead to deals broadening Plume's cloud, data, algorithm and artificial intelligence capabilities, and perhaps branch into some areas that are adjacent to the company's core focus on the smart home, he said.

Not on the M&A target list: consumer premises equipment. "I'm not trying to buy a hardware business or hardware companies," Diner said.

Diner also expects Plume's employee base to expand soon in the US and abroad, and to see growth come both organically and through potential M&A. Plume has close to 500 employees today and expects to reach 600 people by year-end, even without any potential acquisitions. Plume should approach 1,000 people by the end of 2022, "if all goes well and we execute properly," he said. "We want to grow globally."

With Plume raising another big round of funding roughly eight months after it raised the previous big round, the obvious question is: When will the company, whose Wi-Fi management software and cloud services supports about 230 ISPs and helps to manage 1.2 billion devices worldwide, turn the corner and become profitable?

"I can be profitable today, if I cranked back on my growth. We're not profitable by choice," Diner said. But he adds that Plume, which works under a software-as-a-service model, is a high-gross margin business with relatively low capital costs. "I don't need to build a network to growor buy silicon or commit to fabs to grow. I'm not a capex-driven company."

Although the private markets are more than doing the job to fund Plume's growth plans, Diner does not rule out the company eventually going public. But the current priority is adding customers and expanding into new areas, not pursuing a path to an IPO.

"Our scale is now big enough that Plume could be a very healthy, very exciting public company," Diner said (Plume doesn't disclose its financials). "Private markets have money available and you can provide liquidity along the way to your existing investors. But please don't interpret that as I'm not interested in going public."

Broadband providers must 'own the living room'

Diner believes Plume will be able to penetrate the market further and gain adoption among ISPs as they look for ways to differentiate beyond speeds and pricing, and effectively redefine what the broadband product is.

Broadband service providers need to "own the living room, own the experiences," he said, noting that it might make more sense for them to focus more on packages that bundle in everything rather than trying to sell smart-home products as premium add-ons.

"That's where the competition is. [The ISP's] ability to curate and deliver new services that create stickiness and generate additional ARPU faster than their competitors is what's going to matter going forward," Diner said.

And that's not just the traditional telcos and cable operators, he said, noting that the likes of Google, Amazon and Apple are all trying to come in over the top to own the living room experience.

"ISPs have an unfair advantage today, but if they don't shift to where I think the consumer is going, I think this industry is going to be very different five years from now," Diner said. "Some of the world's most capable, fast-moving and innovative big tech [companies] have their eyes squarely on the living room."

Like what we have to say? Click here to sign up to our daily newsletter
COMMENTS
Newest First | Oldest First | Threaded View
Add Comment
Be the first to post a comment regarding this story.
EDUCATIONAL RESOURCES
sponsor supplied content
eBook: Monetize the Enterprise - 6 Ways to Capture the B2B Opportunity
eBook: The 3 Key Digital Mediation Challenges - And How to Solve Them
Case Study: APAC CSP Boosts Efficiency of Enterprise Operations with CSG
Private 5G Networks and Testing
Which Path to Convergence Is Right for You?
Data Center Top Tips: 10 Issues That Can't Wait
DDoS Trends Report
The Challenge of 5G Security
Building the 5G experience
Grow Your Revenues With Innovative Customer Engagements and Business Models
Educational Resources Archive
More Blogs from CxO Spotlight
Growth tops the agenda for Segra's new CEO