Mobile and IoT apps are all about connectivity, so how can they operate and stay up-to-date when connectivity is weak, or completely lacking? A startup called Ditto says it has cracked that problem with a distributed, peer-to-peer (P2P) platform that can connect and sync mobile devices when a traditional Internet connection is compromised, challenged or simply unavailable.

Ditto said it has created a P2P database that can connect to various edge devices, such as mobile phones and tablets outfitted with Bluetooth and Wi-Fi capabilities, helping to underpin a broader network of interconnected micro datacenters. In turn, that enables low-latency connectivity between devices  either device-to-device, or through a very close proximity server. 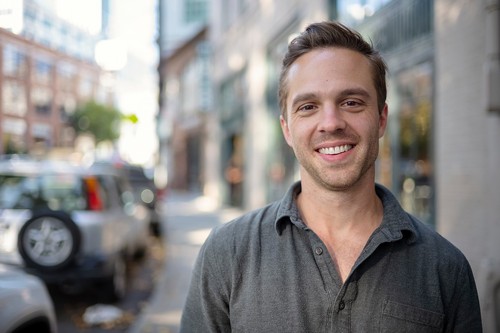 Before cofounding Ditto, Fish cofounded Roobiq, a mobile sales platform, and was an exec at Realm, an open-source mobile database company acquired by MongoDB in 2019.
(Image source: Ditto)

Adam Fish, Ditto's CEO and cofounder, said the general idea represents a pivot away from architectures that have long leaned on centralized servers that have trouble supporting latency-sensitive, real-time applications.

"The reason we started Ditto was that we wanted to build a different type of architecture where you could build really low latency applications, where you could have data distributed wherever it needs to be," explains the CEO. Fish previously cofounded Roobiq (a mobile sales platform) and was an exec at Realm, an open-source mobile database company acquired by MongoDB in 2019 for $39 million.

Ditto, Fish said, has created a developer tool for multiple app languages, such as Swift for iOS apps or Java for Android apps. Developers use Ditto's software development kit (SDK) to embed that capability, enabling their apps to create and manage direct Wi-Fi and Bluetooth connections with other devices.

The key, Fish said, is that the app developer doesn't have to manage the complexity of these P2P network systems. Instead, Ditto sits in the middle, serving as a database that an app developer reads and writes data to. From there, Ditto also manages and establishes the connections with other devices to ensure that all of the databases are up to date.

Ditto's general concept and initial platform has already spawned a wide range of use cases. Its biggest to date centers on the aviation sector, with Japan Airlines and Etihad Airways among the early public examples. They can use Ditto to help flight crews and maintenance personnel communicate via P2P either as a direct mode of communications or as a fallback mechanism. The system can also be used to support in-flight sales.

Ditto has customer wins and some early investment from defense sector. The prime example there is the US Air Force, which has a strategic initiative underway to build resilient information systems that can, for example, counter cyberattacks. "They are putting a lot of money into building systems, and we see Ditto as potentially being a core of that," Fish said.

That initial work has helped to fund Ditto's business early on. It's now looking to expand into more market segments and to ramp up its sales and marketing efforts after securing a $9 million seed round led by True Ventures and Amity Ventures.

Founded in 2018, San Francisco-based Ditto has about 25 full-time people today who are mostly engineers, and is now looking to broaden its go-to-market team. "Now that the product is starting to mature, we really want to grow that team a lot faster," Fish said.

Fish said a next major vertical for Ditto is the point-of-sales market. Like the aviation example, restaurants and retailers also lean on time-sensitive information. Ditto's play there is to enable mobile point-of-sales systems that can operate similarly in online and offline modes. Most legacy systems, Fish says, were not designed with true P2P capacities.

"There's a huge opportunity in the point-of-sales space for our technology," he said.

In a similar vein, Ditto is also seeing opportunities at stadiums and other large event venues where connectivity issues arise when cellular connectivity is generally weak or mobile networks are overloaded.

An early example there is HugoApp, a deliver app for good, entertainment and services focused on Latin American and the Caribbean. HugoApp has used Ditto's platform to support digital ticket scanners at World Cup qualifying games that, in addition to taking in that data, can also share it with other ticket scanners at the venue. That setup, for example, ensures the event organizer doesn't lose any ticket sales data while also preventing digital tickets from being reused.

Taking and relaying in-seat food and beverage orders and receiving payments in offline scenarios represents another use case being pursued in the events market, Fish said.

Looking further out, Fish believes Ditto is also well-suited for other types of services and applications saddled with millisecond latency requirements, such as virtual reality and augmented reality, robotics and autonomous vehicles.

"We see Ditto playing a key role in is enabling some of those next-generation applications. We're really just at the earliest stages of it right now," Fish said.

Like what we have to say? Click here to sign up to our daily newsletter
COMMENTS
Newest First | Oldest First | Threaded View
Add Comment
Be the first to post a comment regarding this story.
EDUCATIONAL RESOURCES
sponsor supplied content
eBook: Monetize the Enterprise - 6 Ways to Capture the B2B Opportunity
eBook: The 3 Key Digital Mediation Challenges - And How to Solve Them
Case Study: APAC CSP Boosts Efficiency of Enterprise Operations with CSG
Private 5G Networks and Testing
Which Path to Convergence Is Right for You?
Data Center Top Tips: 10 Issues That Can't Wait
DDoS Trends Report
The Challenge of 5G Security
Building the 5G experience
Grow Your Revenues With Innovative Customer Engagements and Business Models
Educational Resources Archive
More Blogs from CxO Spotlight
NCTC CEO leads organization on 'The Great Pivot'