MachineQ, the Comcast-backed enterprise IoT unit introduced in 2016, says it is now geared to scale up following an effort to reduce deployment complexities for business customers along with a ramp up of sales and marketing and tightening its ties to Comcast Business.

Heading deeper into 2021, those efforts have resulted in a surge of deployments of MachineQ's LoRaWAN gateways connecting to a growing array of low-power sensors for applications and services that include fleet management, asset tracking, smart cities, building and facilities management, and food service safety and compliance. 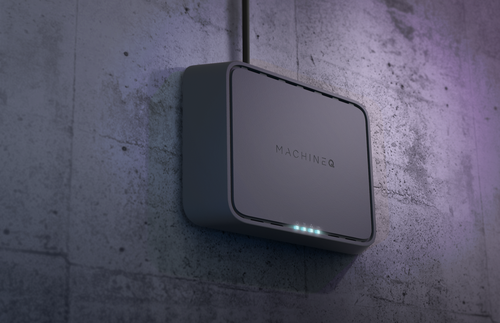 "We've gone from a very nascent startup to hundreds of thousands of devices online and growing," Steve Salata, MachineQ's general manager, said. He adds that those deployment numbers represent a 10x increase in the number of LoRaWAN gateways that were deployed roughly a year ago. MachineQ has also seen a similar increase in payloads onto its platform, as it now processes "millions of transmissions daily" for customers in the US and Canada.

That ramp up is also taking shape more than two years after MachineQ altered its deployment approach. Rather than building wide area, low-power IoT networks in individual cities, MachineQ shifted to an over-the-top-focused deployment model that enabled the company to pursue business in and out of Comcast's US cable footprint.

"The real focus for 2020 and into 2021, in spite of the pandemic, was really growing and scaling this business, and did it focusing on some solution providers [and] enterprises that needed an enterprise IoT connectivity platform," Salata explained. "We're just now starting to see that nice scaling and growth, so our engineering platform is growing alongside with that."

That streamlining is evidently helping to get customers to move beyond small, proof-of-concept (PoC) deployments that have slowed the adoption of enterprise IoT technologies. According to a recent study from 451 Research, 70% of enterprises reported problems getting IoT projects beyond the PoC stage, with one-third calling it a major problem, while others cite the lack of employees with specialized IoT skills.

MachineQ attributes part of its recent wave of growth to the streamlining of its installation services along with closer ties to Comcast Business, a unit that now serves enterprise customers along with small- and midsized businesses.

"That has been a huge game-changer for us," Brzozowski said. "These are very complex installations."

That growth has also followed further investment in MachineQ's sales and marketing teams, including a couple of execs who previously were with Comcast Business  Russ Richardson, now head of sales at MachineQ, and Jeanette Aaron, an expert in enterprise marketing who now heads marketing at MachineQ.

Brzozowski said the economics of LoRaWAN, a low-power technology that can cover broad distances and connect to large batches of sensors, and MachineQ's cloud-based platform are also starting to dawn on enterprise customers that need to monitor a wide range of devices.

"We have customers today that have thousands of sensors being served by three gateways," he said. "The economics of this technology helps to unlock what was unknown. It's opening their eyes to their options."

Though MachineQ leads with LoRaWAN, it's not LoRaWAN-only, as Brzozowski has previously noted that technologies such as 5G are also complementary to the company's philosophy to provide "the right hammer for the right nail." Meanwhile, Salata noted that MachineQ has begun to explore other connectivity options, including Bluetooth Low Energy.