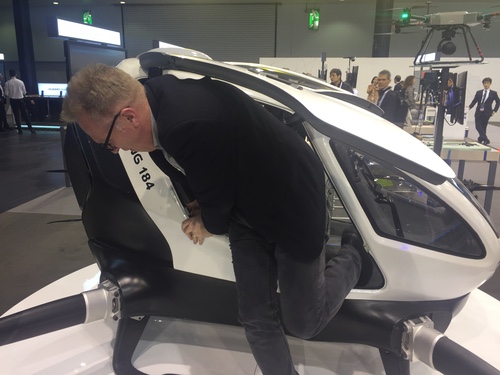 Enjoy your trip? Light Reading's editor-in-chief, Ray Le Maistre, demonstrates how not to exit a flying car.
Home in on the opportunities and challenges facing European cable operators. Join Light Reading for the Cable Next-Gen Europe event in London on November 6. All cable operators and other communications service providers get in free!

OK, OK, the Philip Jansen/Tim Vine match-up can't compete with the 'separated at birth' resemblance of Gavin Patterson and Michael Landon, but it's the best we could do.