Amazon this week unveiled a new product for its Sidewalk Internet of Things (IoT) business that more directly competes with some of the enterprise-focused IoT offerings from the likes of Senet, Comcast, AT&T and Verizon.

Amazon's latest product is also noteworthy because it comes just a few weeks after the company introduced its AWS Private 5G offering. That product directly targets enterprise customers with networking ambitions, and could eventually compete with similar offerings from companies ranging from Microsoft to AT&T.

"Amazon Sidewalk Bridge Pro will provide Sidewalk connectivity to devices like sunlight sensors, air quality indicators and moisture sensors in places like commercial centers, parks and wilderness areas," Amazon wrote, adding that the indoor and outdoor units can connect hundreds of devices that are up to five miles away. 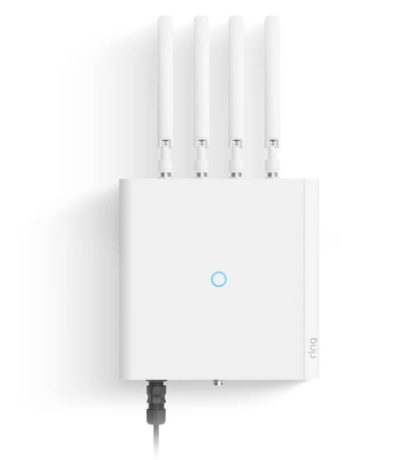 ASU's UTO plans to test the product by putting it on top of its existing campus emergency stations in order to connect devices like sunlight sensors, temperature sensors, CO2 detectors and particle counters.

Thingy, which makes air quality monitoring systems, will test the ability of Amazon Sidewalk Bridge Pro to transmit data to and from its wildfire-monitoring devices.

"Amazon Sidewalk Bridge Pro by Ring and our continued expansion of community-based collaborations are helping us expand the benefits of Amazon Sidewalk beyond homes and neighborhoods, and empowering organizations nationwide to get involved," Amazon explained.

Expanding from a residential focus

Amazon introduced its Sidewalk protocol in 2019. The technology works in a sliver of the unlicensed 900MHz spectrum band and can be used for slow-speed, low-power communications to connect trackers, sensors, lightbulbs and other IoT devices. Amazon initially targeted the technology at residential users by including it in its Echo speakers and Ring doorbells. Doing so essentially creates half-mile-wide pockets of IoT connectivity  backhauled through users' existing Wi-Fi Internet connections  that Amazon can then use for IoT services such as Tile object trackers and pet locators.

The company is now expanding its Sidewalk project into the industrial enterprise space  an area in which companies like Senet, AT&T, Comcast and Verizon are all already active.

For example, Senet operates a LoRa IoT network across large portions of the US, selling object tracking and monitoring services to a wide range of enterprise customers. Similarly, cellular companies like AT&T and Verizon operate NB-IoT and LTE M networks designed to provide slow-speed, inexpensive IoT connections to enterprise users via licensed spectrum. And Comcast's MachineQ business  which sells LoRa-equipment and services to enterprise customers  now sits squarely in the same arena as Amazon's Sidewalk considering they're both selling hardware and software to enterprises that want to build their own IoT networks.