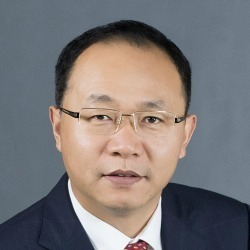 Comment (0)
Throughout history, we have never ceased in our pursuit of greater productivity. With each new industrial revolution, from industrialization and digitalization to today's focus on robotics and artificial intelligence (AI), we have seen giant leaps in terms of our industrial efficiency.

In 1947, US completed the first autonomous transatlantic flight. 1983 witnessed the world's first driverless metro  Métro de Lille  going live in France. In 2012, Google obtained the world's first self-driving car license in Nevada, with its self-driving cars travelling 8 million kilometers as of March 2018. Autonomous driving is no longer the stuff of science fiction. Indeed, today, with the massive strides made in autonomous driving technologies, companies like Tesla are making it possible for people to travel in a comfortable and more environmentally friendly way. In a fully connected and intelligent era, autonomous driving is becoming a reality. Industries like automotive, aerospace, and manufacturing are modernizing and renewing themselves by introducing autonomous technologies.

According to a report by OVUM, over the past decade, growth in the telecommunications industry's revenue has never outpaced growth in OPEX. As the scale of a network increases, OPEX increases with it, and the structural challenges to an industry come to the fore. Telecom operators depend more heavily on the experience and skills of their staff than OTT players do in network operations and maintenance (O&M). Only 3 engineers are needed for an OTT player to perform O&M on 10,000 devices. But for a telecom operator, that number is 300. Telecom networks also face huge challenges in managing user experience  58% of people's problems with their home broadband are not identified until they file a complaint. As such, there is now a pressing need for an autonomous driving network.

Unlike autonomous cars, the telecom industry faces unique complexities. In terms of service diversity, a telecom network provides multiple services such as mobile, home broadband, and enterprise services. Therefore, an autonomous driving system must accurately understand the intent behind different services. As for the operating environment and road conditions, there are highways that act like data centers and urban and rural roads that provide broadband access to citizens. Therefore, autonomous driving systems must be able to adapt to complex environments that involve multiple technologies. From the perspective of full lifecycle operations, different roles, such as planning, O&M, and service provisioning, face different challenges.

As an important player in the telecom industry, Huawei has been exploring autonomous driving networks with operators in an attempt to address the structural issues of telecom networks through innovative architecture, helping operators achieve a better service experience and higher operational and resource efficiency.

Autonomous driving networks go far beyond the innovation of a single product, and are more about innovating system architecture and business models. Huawei calls for all industry players to work together to clearly define standards and guide technological innovation and rollout. Based on service experience and operating efficiency, Huawei has proposed five levels of autonomous driving networks for the telecom industry:

L0 manual O&M: The system delivers assisted monitoring capabilities, which means all dynamic tasks have to be executed manually.

L3 conditional autonomous network: Building on L2 capabilities, the system can sense real-time environmental changes, and in certain domains, optimize and adjust itself to the external environment to enable intent-based closed-loop management.

L5 full autonomous network: This level is the ultimate goal for telecom network evolution. The system possesses closed-loop automation capabilities across multiple services, multiple domains, and the entire lifecycle, achieving autonomous driving networks. Rome was not built in a day, however. Evolution towards autonomous driving networks must be advanced by scenario and follow three key principles: First, we should focus on major issues related to OPEX. Having analyzed the OPEX structures of several typical operators, it appears that 50% of current OPEX challenges can be addressed through autonomous driving networks. Second, we need to start from a single domain to multiple domains, from single task to multitasking, and then form a closed-loop system. Third, we must develop experience-driven and top-down data models and sharing capabilities.

One of the major difficulties when it comes to autonomous driving is sensors, and how to deal with various uncertainties. Whether on a highway or a rural road, vehicles need to be able to accurately identify their surrounding environments and respond within a short period of time. Sensors (radar, microwave, and laser) are used to detect surrounding road conditions, and with the help of local, edge, and cloud computing, vehicles can respond accurately to various situations, such as emergency braking, pedestrian crossings, and uphill and downhill gradients.

Telecom networks today are encountering similar problems in the process of autonomous driving. With perception, there are problems with unclear and inaccurate telecom network statuses. With O&M, discrete and closed systems cause data fragmentation and process separation. Cross-field and cross-vendor data flows are difficult to transfer and get value from. At the same time, telecom networks are not completely intelligent. Making decisions and processing uncertainties depend almost entirely on the experience of engineers and experts. So, what is our solution to this dilemma?

Autonomous driving in the telecom industry requires us to systematically reshape and innovate the network architecture and key technologies, and to construct a three-layer intelligent system architecture as follows:

 Secondly, we will use unified modeling to build digital twins on physical networks and make network status traceable and predictable. AI can also be introduced here to enable predictive O&M and active closed-loop optimization.

 Finally, an open cloud platform is needed to support AI algorithm training and optimization, and the agile development of applications such as planning, design, service provisioning, O&M guarantee, and network optimization. The aim is to automate closed-loop network operations throughout the entire lifecycle.

The Future of Autonomous Driving Networks

The move towards autonomous driving networks needs to be promoted step by step. As such, Huawei has made bold innovations and explorations into autonomous driving networks. At the 2018 Mobile World Congress, Huawei officially launched the Intent-Driven Network (IDN) solution, which builds a digital twin world between physical networks and business intentions, thereby helping to drive networks that are evolving from SDN networks towards autonomous driving networks. The solution also helps operators and enterprises implement a digital network transformation centered on service experience. Specifically, this solution requires the industry to undertake four transformations: from network-centric to user-experience-centric, from open-loop to closed-loop, from passive response to proactive prediction, and from skill-dependent to automation and AI.

Huawei's IDN solution covers various scenarios, from broadband access and IP networks to optical and data center networks, and encourages telecom networks to evolve towards autonomous driving networks. For example, in the broadband access field, for every 10,000 users, there is an average of 1,000 customer complaints and 300 door-to-door maintenance visits every year. Due to a lack of data, about 20% of customer complaints cannot be completely resolved. The IDN, however, perceives broadband services in real time. Big data and AI algorithms implement fast fault locating and proactive optimization, which reduces home visits by 30% and improves users' service experience. Meanwhile, Huawei and leading global operators jointly launched the NetCity project aimed at promoting the application of new technologies such as big data, AI, and cloud computing in telecom networks. By defining business scenarios and implementing innovations following the DevOps model, Huawei and its operator partners have introduced cutting-edge technologies to improve users' service experience, driving telecom networks to evolve towards autonomous driving networks.

It's a long journey towards autonomous driving networks. To make the dream a reality, the industry must work together and forge ahead. By taking complexity itself while creating simplicity for customers, Huawei, together with the entire industry, will embrace a fully connected, intelligent world.

 David Wang, Executive Director of the Board and President of Products & Solutions, Huawei