Startup ISP Starry continues to chug along even if much of its work today is still invisible to consumers. The company is slowly rolling out broadband service in three markets (largely for multiple dwelling units), but its bigger news recently was the announcement of a partnership project with Marvell.

It's not the look of the hardware itself that Starry will dictate with its design, however. Rather, Starry will license the technology that goes into customers' broadband products and let those customers create their own hardware models.

Meanwhile, for its own broadband subscribers, Starry has created a custom hardware model. At CES, the company showed off the new version of its Starry Point Window device. The product is a remake of Starry's old Starry Point hardware that sits in a consumer's window collecting fixed wireless signals externally and ferrying them on to a WiFi router in the home.

Unlike the old model, however, the new Starry Point Window creates a less conspicuous outdoor profile, extending from a user's home as just a slight bump on the outside window ledge rather than as an easily distinguishable communications antenna. (See Starry Fixed Wireless Debuts at $50/Month.) 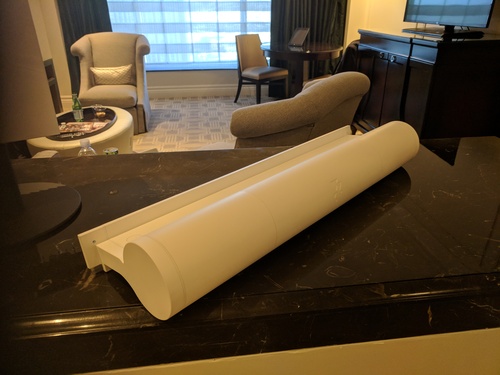 Starry executives compare the Starry Point Window to an air conditioning unit. It may still make some consumers wary given that it renders a window otherwise unusable for opening and closing, but the product is relatively easy to install and far lighter weight than a window AC.

The Starry product portfolio extends beyond the window hardware too. The lineup so far includes the Starry Beam base station for broadcasting signals over a radius of up to 2 kilometers; the Starry Point Building, House and Window for transmitting connectivity into a consumer home; and the Starry Relay for amplifying signals to achieve farther neighborhood reach. 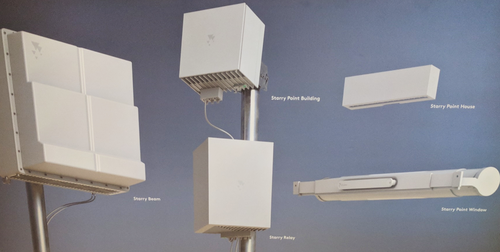 Starry has no shortage of ambition. The big question is what it will accomplish in 2018 before the telecom giants start making serious 5G fixed wireless moves.