Charter Gives the Gift of Gigabit

Charter Communications Inc. says the new downstream gigabit service is priced at $104.99 per month for new customers and is now available to 8.8 million consumers across the country. Spectrum Internet Gig comes with no data caps and no contracts. The price includes a Charter modem with an integrated WiFi router. 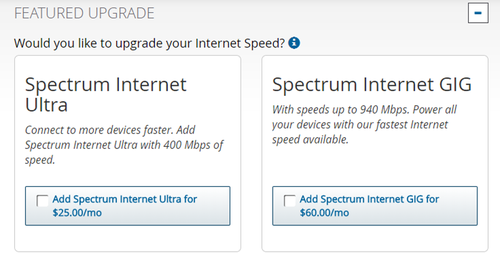 While Charter is beating the end of the year with its gigabit launch, the cable company is still behind many of its peers in offering a gigabit product, and in making the transition to DOCSIS 3.1 technology. That pattern may be about to change, however. CEO Tom Rutledge has said the company will start buying D3.1 modems exclusively starting in 2018. The company is also planning to debut a higher-powered WiFi router in the New Year alongside updates to the Charter video platform. (See Charter Touts Gig Plans as Earnings Slide.)

Charter has every incentive at this point to boost its network capacity. Not only will the operator have to support gigabit wireline service in the future, but it also plans to use its wired network as a foundation for future wireless services. The company plans to introduce an initial mobile service next year, and down the line, Charter says it will include LTE small cells alongside IoT radios in its home gateway devices. (See Charter Plans In-Home Small Cell Gateway.)