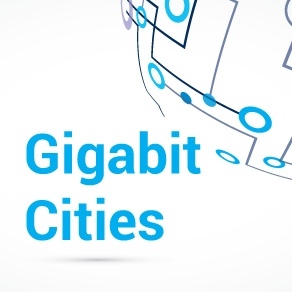 ATLANTA, Ga. -- Gigabit Cities Live 2015 -- Now that there are dozens of Gigabit Cities scattered throughout the US with the number growing weekly, can the first Gigabit State be far behind?

That question came up repeatedly during the inaugural two-day Light Reading confab that successfully concluded here yesterday evening. Speakers and other attendees suggested several leading candidates for the first Gigabit State and speculated about which state would be the first to lay serious claim to that status.

In the discussions, three states -- North Carolina, Texas and Utah -- emerged as the early frontrunners because of the number of Gigabit service deployments they are experiencing so far from the likes of AT&T Inc. (NYSE: T), CenturyLink Inc. (NYSE: CTL), Comcast Corp. (Nasdaq: CMCSA, CMCSK), Cox Communications Inc. , Google Fiber Inc. and other providers. In particular, North Carolina and Texas seem to be the hub of Gigabit activity, with the former seeing Gigabit launches in Charlotte, Raleigh/Durham, Winston/Salem and other cities and the latter seeing Gig rollouts in Austin, Dallas, Houston and San Antonio. (See Title II: What Chilling Effects?)

Other informally nominated candidates included Connecticut, New Mexico and New York because of their state governments' investment in or commitment to broadband upgrades and facilities. Even Alaska, not usually viewed as a high-tech hotbed, came up a couple of times because of Gig rollouts in process there.

But what the heck? It sure is fun to speculate. The betting here is that North Carolina will win the first Gigabit State beauty contest. Let's check back in a year and see.

kq4ym 5/18/2015 | 11:04:08 AM
Re: Candidates Maybe this will lead to a new Guiness book record category? Just the idea of "winning" the contest might provide enough incentive for some of the giants to enter. I'd go for the smallest state if I were entering the race!
Reply | Post Message | MESSAGES LIST | START A BOARD

Mitch Wagner 5/18/2015 | 10:38:04 AM
Re: Candidates nasimon - I can speculate that New Jersey has an administration that has demonstrated reluctance to invest in infrastructure. Don't know though.
Reply | Post Message | MESSAGES LIST | START A BOARD

Did the NFL sack the pay-TV bundle?

In their latest reports, several Wall Street analysts argue that the NFL's new 11-year, $110 billion TV rights deals with a slew of networks issue a crushing blow to the future of sports on linear, multichannel TV.

Instead of staging our usual in-person conference in Denver, we will now conduct a free, digital event over two full days in late August.

Instead of staging a live conference in London next month as previously planned, Light Reading will now run a free, digital event over two afternoons in mid-June because of the COVID-19 pandemic.