HUNTSVILLE, Ala. -- Three years into its transformation to become a software and services company, Adtran is using its annual Connect event to cite some benchmarks on that journey, showcasing a flurry of new products and customer relationships.

Chief among the latter is today's announcement that CenturyLink Inc. (NYSE: CTL), whose CTO was here yesterday, is conducting the first US field trial of Adtran Inc. (Nasdaq: ADTN)'s virtualized OTL 10G-PON, which the company believes is also the first US deployment of software-defined access technology. That gives Adtran bragging rights over fixed broadband access system rivals such as Calix, Nokia and Huawei. (See CenturyLink to Test Adtran Virtual 10G-PON and CenturyLink Touting New MVP.)

As a string of Adtran executives made clear Tuesday during a series of presentations, the vendor believes it is well positioned to grab market share in software-defined access with its Mosaic platform, as network operators use their next round of access upgrades to bring the flexibility of software-driven systems into the access realm. 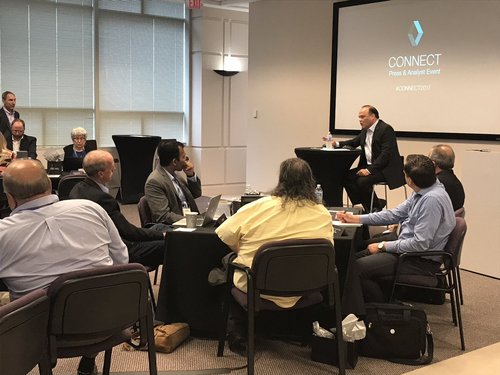 "Our software development around Mosaic has been in the market for about eight months, where we have been working with customers on it," Adtran CEO Tom Stanton told industry media and analysts. "We have more than 25 carriers that are trialing Mosaic and that number goes to 100 with Gfast trials [upcoming]. We have ten Tier 1s that are trialing or utilizing Mosaic and that is a fairly large transformation effort. And we think Mosaic is the most awarded SDN software in the market -- we have nine industry awards all within the last few months."

"I was really pleased to see the progress Adtran is making with its Mosaic Cloud Platform," noted Tim Doiron, principal analyst, intelligent network for ACG Research. "It's significant, as network programmability and automation will help service providers increase their own service velocity and agility while controlling operational costs."

Track the heartbeat of the virtualization movement with Light Reading at the NFV & Carrier SDN event in Denver. There's still time to register for this exclusive opportunity to learn from and network with industry experts – communications service providers get in free!

Stanton also pointed to a recent win with a cable operator -- not yet identified -- which signals Adtran's move into that critical market (cable accounts for 60% of the US fixed broadband market). Any sales into that sector will be a boost to Adtran's bottom line, he noted.

"We have had a lot of deployment and made significant headway in a relatively short period of time," Stanton said.