Adtran CEO Tom Stanton would be the first to admit that transforming a company from its traditional role as a hardware manufacturer to a new position as a software and services company is not for those who lack persistence.

"One of the biggest problems is that customers only see you the way you've been," he says in an interview earlier this month at Adtran Connect, the two-day event for media and analysts. "It takes you longer to convince them. We have been in the agile process for six years and we started moving toward software three years ago. But not everyone understands." 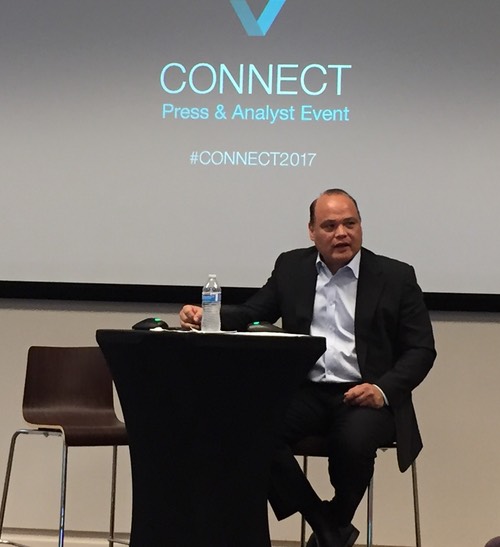 Industry analysts attending the event, which provided in-depth exposure to where Adtran is now in this transformation process, generally give the company high marks for determined progress and share optimism for its future... with some "ifs" attached.

"I think their transformation has actually been quite fast," says Julie Kunstler, principle consultant of broadband access at Ovum Ltd. "They had a vision and they went for it. And partially because they had a lot of Tier 3 and Tier 4 telco customers, they had companies willing to move quickly with them."

Tim Doiron, principal analyst of Intelligent Networking, for ACG Research calls the process "a work in progress," but sees clear evidence it's working.

"The company has significantly grown its services revenue over the past several years [to more than] 15% of total revenue in the second quarter of 2017," he notes. "The Mosaic Software Suite has been successfully launched and Adtran announced that 10 Tier-1 global service providers have either selected Mosaic for deployment or are in field trials. Both data points are indications of progress in Adtrans transformation." (See Adtran Reports Record Q2 Earnings.)

Mosaic is the cornerstone of Adtran's software-defined access strategy, as the scalable, microservices-based platform that enables configuration, deployment, activation, and orchestration of software functions, network elements and services. But the company is also banking on some of its more traditional capabilities -- such as those in access technologies -- and making a big bet on ultra-broadband as well, notably NG-PON II and Gfast. (See Adtran Pieces Together a Software-Defined Access Mosaic, Adtran Adds Control & Orchestration to Mosaic and Adtran Gfast Extends Gigabit Reach.)

The combination of those strengths has Adtran talking about winning much more business from Tier 1 global carriers and in new markets, notably the cable sector. The company's ability to score those bigger victories will be the real proof of its transformation success.

There are some signs of that success already such as its contracts with Deutsche Telekom AG (NYSE: DT) and CenturyLink, and inclusion in Verizon's early NG-PON II efforts. BroadbandTrends Principle Analyst Teresa Mastrangelo says it's too early to say whether the Huntsville, Alabama-based company will succeed, but that success could still be tied to old market realities.

"They are headed in the right direction, as proven by their current position at Verizon," she says. "Despite some key wins at DT and Verizon -- and they by all means are not the ONLY vendor in these accounts -- Adtran remains a small company against the bigger players such as Nokia, Huawei, etc. Calix has Ericsson on their side - which has helped to some extent with some of the bigger accounts. Adtran may have to partner more in order to be a viable player at the bigger operators, but I think it will prove challenging as the operators place more responsibility on the vendors as their networks transform."

Next Page: What changed